The Council of Elders of the Organization of Turkic States (OTS), held its 13th meeting on 8-9 August 2022 in Bishkek, Kyrgyzstan. 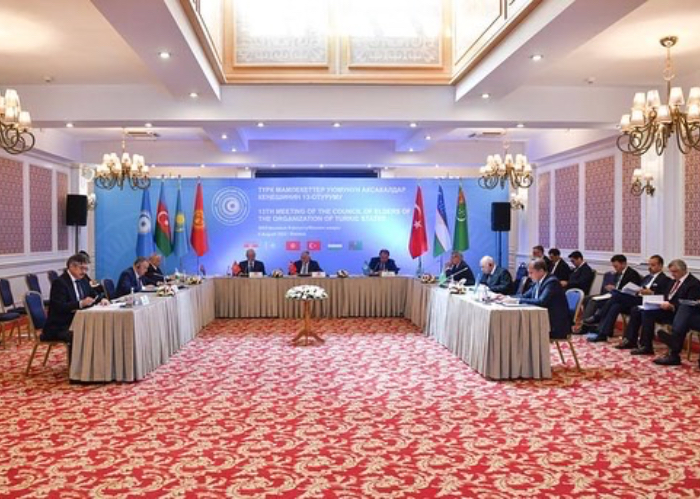 Turkmenistan was represented by Rejep Bazarov, Vice-President of the Humanitarian Association of the World Turkmens, Executive Director of Charitable Foundation named after Gurbanguly Berdimuhamedov for Assisting Children in need of Guardianship.

The meeting was also attended by representatives of Azerbaijan, Kazakhstan, Uzbekistan and Secretary General of the OTS Baghdad Amreyev.

The Council of Elders evaluated the recent political, economic and social developments in the region and the world. Given the circumstances, they asserted the increasing significance of bolstering the political, economic, security and defense industry cooperation between the Member and Observer States of the OTS.

The Elders stated that the common history of the Turkic World should be globally promoted by common scientific cooperation, academic publications and international conferences.

Addressing the meeting Secretary General of the OTS Baghdad Amreyev briefed on the ongoing preparations and agenda of the upcoming 9th Summit of the OTS.

He pointed out that the summit will be held at a time when the world and the region are facing threats and challenges, such as water and food shortages, a sharp rise in energy prices, global warming, mass migration, social inequality and discrimination.

Amreyev underlined the importance of the Council in contributing to the various fields of cooperation among the Member and Observer States.

The Members of the Council were informed also about the realization of their recommendations put forth in their last meeting held in Istanbul in February 2022.

Chairman of the Council of Elders Binali Yıldırım, noted that the upcoming Summit will mark another historic milestone as the Istanbul Summit of last year with critical decisions of the Heads of States to make headway to the already increasing cooperation among the Member and Observer States at a time when the world and region are facing various challenges.

Moreover, he emphasized the economic and transport cooperation in the Turkic World and highlighted the increasing importance of the Trans-Caspian International Transport Route for the OTS space.

Furthermore, Yıldırım informed the Elders about the preparations for the upcoming 4th World Nomad Games to be hosted in İznik, Bursa of Türkiye on 29 September-2 October.

The Elder of Kyrgyzstan Medetkhan Sherimkulov underscored the significance of the gathering of the Council of Elders in the light of the upcoming OTS Summit. So that they had the opportunity to discuss the agenda and express recommendations.

Regarding the systemic changes in the region and addressing economic challenges, Sherimkulov stressed the timely launch of Turkic Investment Fund. This step will boost economic and trade cooperation among the Turkic States by providing credits to the private sector for investments and business interactions.

The Council of Elders is an advisory body and consists of the elders of the OTS member countries, appointed from among prominent public figures (former prime ministers, ministers, deputies, ambassadors). The Chairman of the Halk Maslahaty of the Milli Gengesh of Turkmenistan Gurbanguly Berdimuhamedov became a member of the Council in April 2022.

OTS elders met with the President of Kyrgyzstan

President of the Kyrgyz Republic Sadyr Zhaparov met with the elders of the Organization of Turkic States.

As the head of Kyrgyzstan noted, the Council of Elders is an important advisory body that the Council of Heads of State listens to and relies on. As part of its activities, the Council initiated important decisions that enriched the work of the OTG. For example, the symbols of this organization were approved including a flag and a logo, the Prize of the Turkic World, the Union of Universities of the Turkic World were established, a common textbook of the history of the Turkic world is being prepared, on which young generations will be brought up. 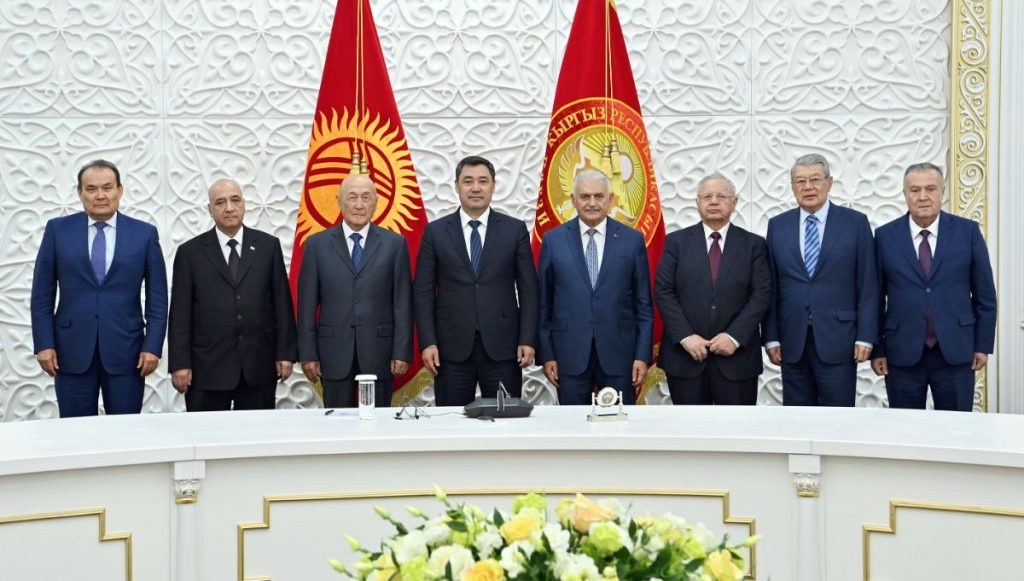 During the conversation, President Sadyr Zhaparov recalled that in two months Fourth World Nomad Games be held in Türkiye, initiated by Kyrgyzstan. Now the Kyrgyz side is actively preparing to take part in these Games, both in the sports part and in the cultural program. 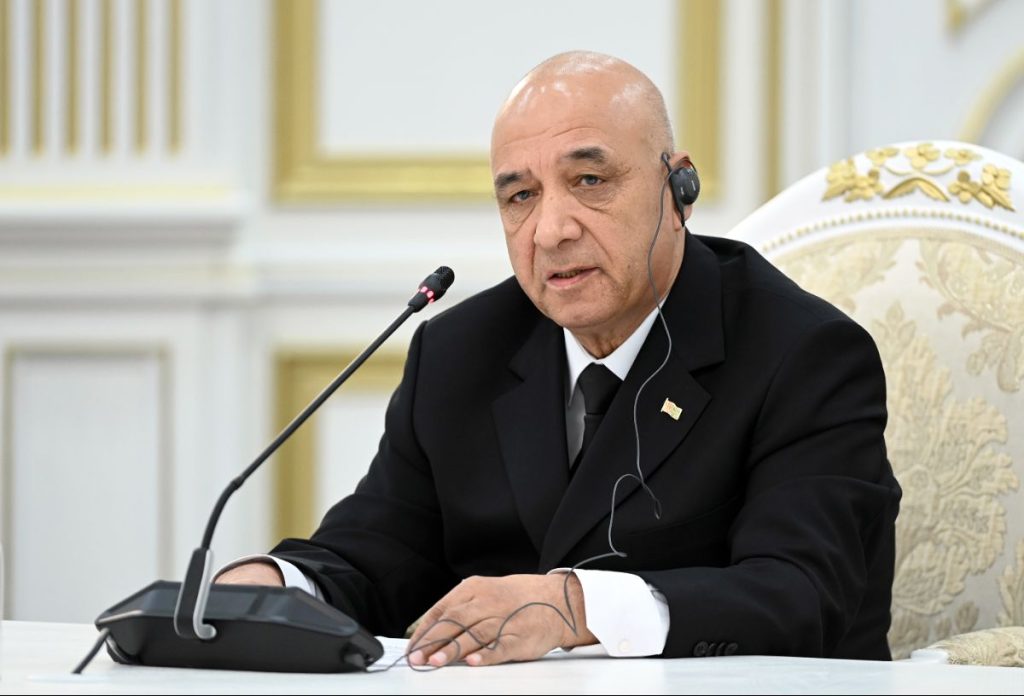 In turn, the elders acquainted the Kyrgyz leader with the main activities of the Council of Elders of the OTS and stressed the existence of great potential for further cooperation between the countries.

Following the meeting, the participants agreed on the need to intensify political, economic, cultural and humanitarian ties between the Turkic states.

During the meeting, Binali Yildirim, Chairman of the Council of Elders of the Organization of Turkic States, was awarded the “Danaker” Order for his outstanding contribution to strengthening friendship and cooperation between Kyrgyzstan and Türkiye. ///nCa, 11 August 2022