You are here: Home / Articles And Reports / Winners of the second Olympiad in French in Turkmenistan awarded

On Saturday, 30 April 2022, a ceremony of awarding valuable prizes to the winners of the second Olympiad in French among schoolchildren took place at the Institute of International Relations.

From 18 April to 28, the language contest brought together schoolchildren from 12 educational institutions: 9 secondary schools of Ashgabat with French language teaching, the Ashgabat International School, the French MLF-Bouygues school and the French Institute.

Conducted jointly by the Ministry of Education of Turkmenistan and the French Institute at the Embassy of France, with the support of the Municipal Department of Education, the tasks of the first round (dictation and test in French) were held during classes in each school.

The final, consisting of an oral test, was organized at School No. 4, specializing in teaching French.
So:
– The first place winners received laptops donated by Bouygues Turkmen and VINCI Construction;
– The runners-up awarded French perfumes from La Boutique de Paris and sets of accessories from the Swiss brand Tissot;
– The third-place winners received gift coupons from the Dessange beauty salon and La Tartine bakery;
– And all the participants of the Olympiad were gifted souvenirs from the Canadian Embassy in Ankara. 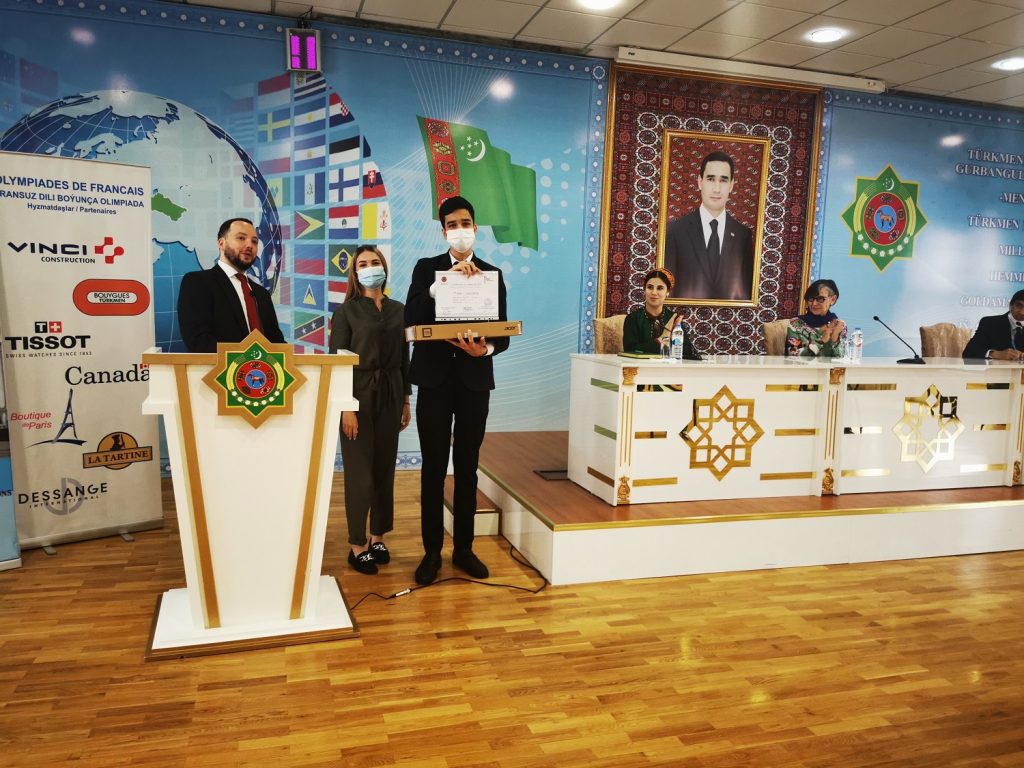 This second Olympiad, as well as the 2022 Francophonie Competition, was devoted to the 30th anniversary of the diplomatic relations between France and Turkmenistan. 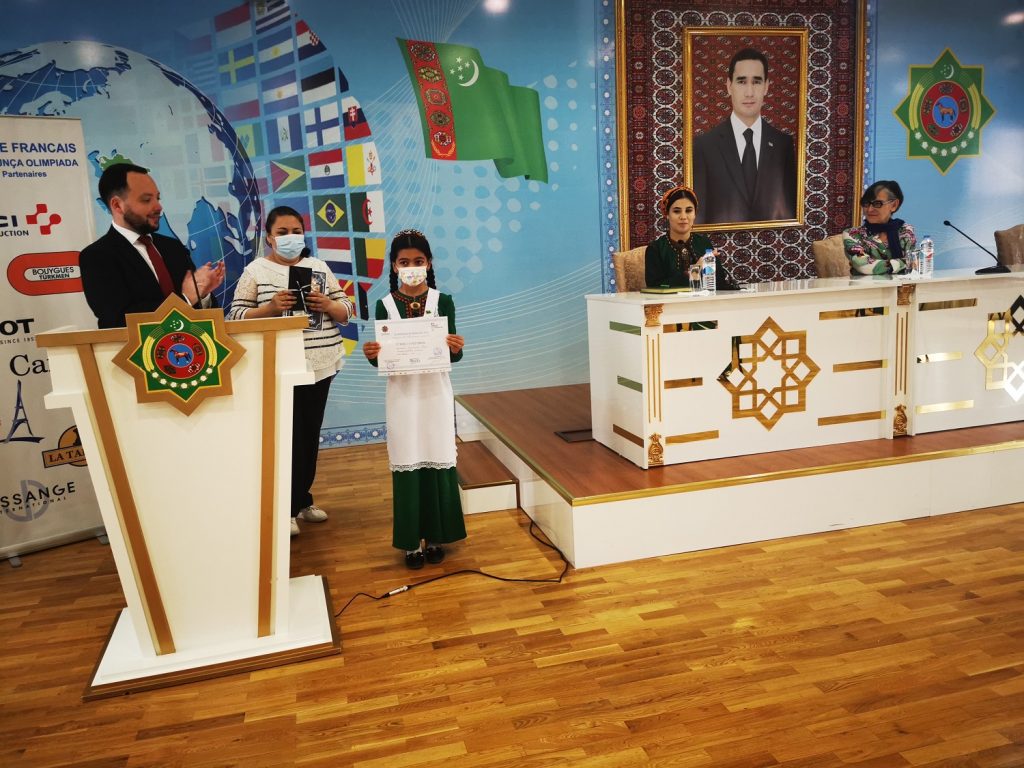 The theme of French-speaking travelers of the XIX century in Turkmenistan highlighted the ancient origins of ties between the two countries.

Today, French, which is studied by more than 130 million people, is the second most popular language after English. /// nCa, 2 May 2022