You are here: Home / Articles And Reports / Ukraine Quandary – Part 4 – A recklessly honest admiral and a cautiously shifting Europe 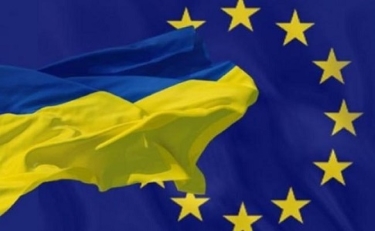 Biden wants Putin to start the war and Putin responds by increasing the pressure without firing the opening shot.

It is a game of nerves – at least for now.

Biden has started deploying American soldiers in Europe. This is posturing into blind alley.

In the larger scheme of things, will the American soldiers be fighting the Russian soldiers at some stage? Has anyone done a wargaming exercise to study this kind of eventuality?

A Russian soldier fights better than an American soldier any old day; he has better survival skills and endurance too. We can say this with conviction after having followed closely the Russo-Afghan war and the American-Afghan war.

A European soldier, almost without much exception, is better than an American soldier.

Simultaneously, the crowd that is determined to punish Russia for whatever sins, has come up with an inauspicious name for the packet of sanctions it wants to slap on Putin. — They have named it ‘Mother of All Sanctions.’

If the intended purpose for the sanctions is to follow the fate of Saddam Hussein’s boast, the name is just about right.

Therefore, deploying American soldiers in Europe, calling for war with Russia and egging Russia incessantly in the hope that he blinks and jumps into the war is as unwise a thing as possible.  To borrow from the popular parlance, it will be the Mother of All Follies.

One of the problems is that Russia is part of Europe. — Just the European part of Russia is more than 40% of the entire land mass of Europe. The Mother Russia, in its entirety, is four times the size of Europe.

Another problem is that Russia provides about 175 billion cubic meters of gas to Europe annually and so far no reliable alternative has been found to replace this volume. Russia is also a big supplier of oil.

Europe, while generally in line with the USA, is cautiously devising its own strategies. War with Russia is clearly not the objective.

France, Germany and Hungary are giving clear signals that they hardly see any point in going to war with Russia under the present circumstances.

NATO has said that its troops will not go into Ukraine.

Only the UK is eager to do the battle.

The case of Vice-Admiral Kay-Achim Schönbach provides the perspective that touches the entire cross-section of truth.

Here is major part of a CNN story, published on 23 January 2022 with byline of Ivana Kottasová, Philip Wang and AJ Davis.

The chief of German navy has resigned after suggesting that Crimea would “never come back” to Ukraine, a statement that is in direct contradiction to the stance taken by the German government, the European Union and NATO.

Vice-Admiral Kay-Achim Schönbach said he asked the German Defense Minister Christine Lambrecht to relieve him of his duties “effective immediately.” His resignation on Saturday came at the time of extreme tension between Russia and the West over recent buildup of Russian troops on the Ukrainian border.

Schönbach got into hot water over several remarks that included a suggestion that Russian President Vladimir Putin “probably” deserved respect.

A video of his talk at the Manohar Parrikar Institute for Defence Studies and Analyses, a think tank, was posted on YouTube on Friday. In it, the Vice-Admiral is heard as saying: “Is Russia really interested in … a small, tiny strip of Ukraine’s soil? No, this is nonsense.”

“What he really wants is respect. And my God, giving someone respect is low cost, even no cost … so if I was asked, it is easy to even give him the respect he really demands, and probably also deserves,” he said, adding: “Russia is an old country. Russia is an important country. Even we, India, Germany, we need Russia, because we need Russia against China.”

The remarks sparked criticism in Germany and abroad. Ukraine’s Minister of Foreign Affairs has summoned the German ambassador to Ukraine over the comments, saying it “strongly rejected” Schönbach’s statements on Crimea never returning to Ukraine.

Schönbach said that the comments he made during the talk reflected his personal opinion “at that moment” and that “they correspond in no way with the official position of the ministry of defense.”

However, he said the remarks were “increasingly weighing on my office” and therefore he decided to resign.

Schönbach took over as the chief of navy, officially known as the Inspector of the Navy, in March last year, after more than 35 years in the navy. He served as the commanding officer of NATO Maritime Group 2, NATO’s standing maritime immediate reaction force.

The complete story can be found here: https://www.cnn.com/2022/01/23/europe/german-navy-chief-resignation-intl/index.html

The revolving question we face at every corner is: How long will the European interests remain hostage to American ambitions? /// nCa, 7 February 2022