You are here: Home / Articles And Reports / Did Blinken just acknowledge American role in Kazakhstan unrest? 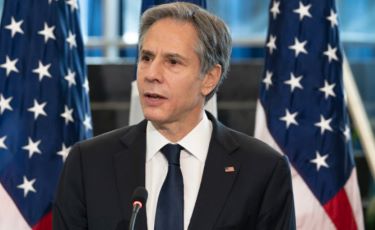 US Secretary of State, Antony J. Blinken, had a telephone conversation with Kazakhstani Foreign Minister Mukhtar Tileuberdi on 6 January 2022.

According to the official website of the US Department of State, the below is attributable to Spokesperson Ned Price:

“Secretary of State Antony J. Blinken spoke today with Kazakhstani Foreign Minister Mukhtar Tileuberdi regarding the ongoing state of emergency in Kazakhstan. The Secretary reiterated the United States’ full support for Kazakhstan’s constitutional institutions and media freedom and advocated for a peaceful, rights-respecting resolution to the crisis. The Secretary also raised the priority of promoting stability in Europe, including support for Ukraine’s sovereignty and territorial integrity in response to Russian aggression.”

There is a curious construct in this statement, hinting at something many analysts had suspected already.

There are just three sentences in this statement and the last one is packed with an explosive connotation.

In the second sentence Secretary Blinken expressed support for a peaceful solution to the situation in Kazakhstan. Lf course, this is appreciable.

However, it is the last sentence that makes one wonder: “The Secretary also raised the priority of promoting stability in Europe, including support for Ukraine’s sovereignty and territorial integrity in response to Russian aggression.”

The first thing that comes to mind after reading this sentence is: What is the connection between the current situation in Kazakhstan and the American demand for Kazakhstan to take a stance against Russia in the Ukraine scuffle?

This question immediately gives birth to another question: Did Secretary Blinken just make a kind of barter offer to Kazakhstan? Did he mean to say that you support us against Russia in Ukraine and we will roll back the unrest in Kazakhstan?

It is a somewhat hurried conclusion but it gives credence to the widely believed idea that what is happening in Kazakhstan is an attempt to implement a Color Revolution and the USA and/or its allies are behind this unrest. /// nCa, 8 January 2022