You are here: Home / Articles And Reports / Resilience in a riskier world 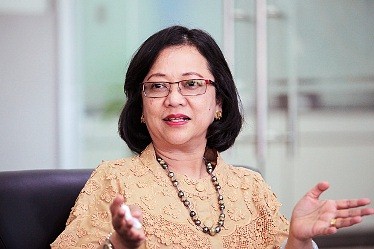 Over the past two decades, the Asia-Pacific region has made remarkable progress in managing disaster risk. But countries can never let down their guard. The COVID-19 pandemic, with its epicentre now in Asia, and all its tragic consequences, has exposed the frailties of human societies in the face of powerful natural forces. As of mid-August 2021, Asian and Pacific countries had reported 65 million confirmed coronavirus cases and more than 1 million deaths. This is compounded by the extreme climate events which are affecting the entire world. Despite the varying contexts across geographic zones, the climate change connection is evident as floods swept across parts of China, India and Western Europe, while heatwaves and fires raged in parts of North America, Southern Europe and Asia.

The human and economic impacts of disasters, including biological ones, and climate change are documented in our 2021 Asia-Pacific Disaster Report. It demonstrates that climate change is increasing the risk of extreme events like heatwaves, heavy rain and flooding, drought, tropical cyclones and wildfires. Heatwaves and related biological hazards in particular are expected to increase in East and North-East Asia while South and South-West Asia will encounter intensifying floods and related diseases.

However, over recent, decades fewer people have been dying as a result of other natural hazards such as cyclones or floods. This is partly a consequence of more robust early warning systems and of responsive protection but also because governments have started to appreciate the importance of dealing with disaster risk in an integrated fashion rather than just responding on a hazard-by-hazard basis.

Nevertheless, there is still much more to be done. As the COVID-19 pandemic has demonstrated, most countries are still ill-prepared for multiple overlapping crises – which often cascade, with one triggering another. Tropical cyclones, for example, can lead to floods, which lead to disease, which exacerbates poverty. In five hotspots around the region where people are at greatest risk, the human and economic devastation as these shocks intersect and interact highlights the dangers of the poor living in several of the region’s extensive river basins.

Disasters threaten not just human lives but also livelihoods. And they are likely to be even more costly in future as their impacts are exacerbated by climate change. Annual losses from both natural and biological hazards across Asia and the Pacific are estimated at around $780 billion. In a worst-case climate change scenario, the annual economic losses arising from these cascading risks could rise to $1.3 trillion – equivalent to 4.2 per cent of regional GDP.

Rather than regarding the human and economic costs as inevitable, countries would do far better to ensure that their populations and their infrastructure were more resilient. This would involve strengthening infrastructure such as bridges and roads, as well as schools and other buildings that provide shelter and support at times of crisis. Above all, governments should invest in more robust health infrastructure. This would need substantial resources. The annual cost of adaptation for natural and other biological hazards under the worst-case climate change scenario is estimated at $270 billion. Nevertheless, at only one-fifth of estimated annualized losses – or 0.85 per cent of the Asia-Pacific GDP, it’s affordable.

Where can additional funds come from? Some could come from normal fiscal revenues. Governments can also look to new, innovative sources of finance, such as climate resilience bonds, debt-for-resilience swaps and debt relief initiatives.

COVID-19 has demonstrated yet again how all disaster risks interconnect – how a public health crisis can rapidly trigger an economic disaster and societal upheaval. This is what is meant by “systemic risk,” and this is the kind of risk that policymakers now need to address if they are to protect their poorest people.

This does not simply mean responding rapidly with relief packages but anticipating emergencies and creating robust systems of social protection that will make vulnerable communities safer and more resilient. Fortunately, as the Report illustrates, new technology, often exploiting the ubiquity of mobile phones, is presenting more opportunities to connect people and communities with financial and other forms of support. To better identify, understand and interrupt the transmission mechanisms of COVID-19, countries have turned to “frontier technologies” such as artificial intelligence and the manipulation of big data. They have also used advanced modelling techniques for early detection, rapid diagnosis and containment.

Asia and the Pacific is an immense and diverse region. The disaster risks in the steppes of Central Asia are very different from those of the small island states in the Pacific. What all countries should have in common, however, are sound principles for managing disaster risks in a more coherent and systematic way – principles that are applied with political commitment and strong regional and subregional collaboration.

Ms. Armida Salsiah Alisjahbana is the United Nations Under-Secretary-General and Executive Secretary of the United Nations Economic and Social Commission for Asia and Pacific (ESCAP) /// nCa, 25 August 2021 [in cooperation with UNESCAP]