The Republic of Tatarstan is one of the most vigorous trade, economic and humanitarian partners of Turkmenistan among the subjects of the Russian Federation, which enjoy direct cooperation with Turkmenistan.

In recent years, the Turkmenistan-Tatarstan relations have shown positive growth dynamics. Tatarstan’s major companies operate in strategically important sectors, contributing to the progress and diversification of the Turkmen economy.

In the field of economic cooperation, particular attention should be given to the supply of transport equipment from PJSC KAMAZ – a manufacturer of diesel trucks and diesel engines. This year, Turkmenistan will receive 463 units of Kamaz vehicles, which will be used in various sectors of the national economy in the future. Thus, the total volume of deliveries of KAMAZ products to Turkmenistan in 2019-2021 will reach approximately 2000 units, including cars, cranes, refuellers and other special vehicles).

There is a trade and training and service center KAMAZ in Ashgabat. Similar centers are planned to be opened in Balkanabad, Dashoguz, Turkmenabad and Mary. 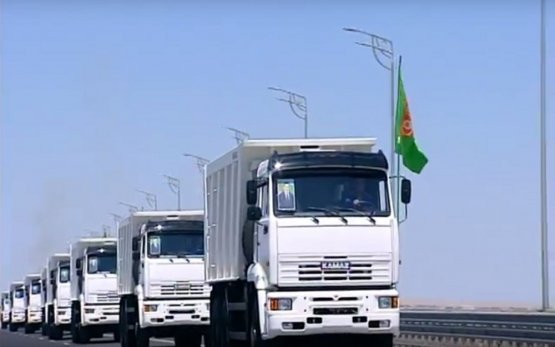 Recently, the air fleet of Turkmenistan Airlines has been added with two state-of-art helicopters –  Ansat helicopter and the heavy multi-purpose Mi-17-1B, produced by the Kazan Helicopter Plant. Both rotorcraft will be used in ambulance aviation. Ansat helicopter’s technical features are very adapted for operation in conditions typical of the territory of Turkmenistan – this is the temperature range from -45 to +500C, and high mountains.

“The delivery of the first Ansat to Turkmenistan is an important milestone in the development of the export potential of the Kazan Helicopter Plant. We hope that the high performance characteristics of the Ansat helicopter will be appreciated, and this delivery will serve as a start point for our further cooperation. Both the Ansats and the Mi-8/17 series helicopters have proven themselves well in performing air ambulance operations in Russia,” said Alexey Belykh, Managing Director of the Kazan Helicopter Plant. 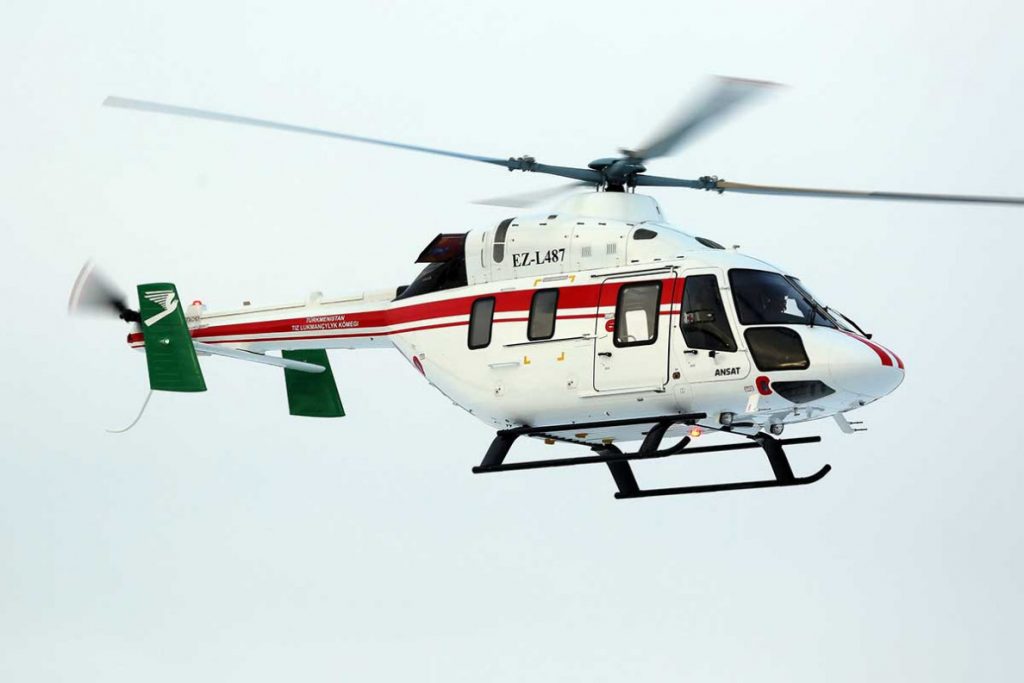 In 2009-2015, the Kazan Helicopter Plant exported 11 helicopters to Turkmenistan.

Tatarstan shipbuilders are also involved in the buildup of a modern marine fleet. In August 2019, a new passenger ship “Rovach” for 126 seats was delivered to the international seaport of Turkmenbashi. This high-speed vessel, which has no analogues in the world, was built at the Gorky shipyard of the Ak Bars Shipbuilding Corporation in Zelenodolsk. And the second high-speed passenger ship is currently being assembled. 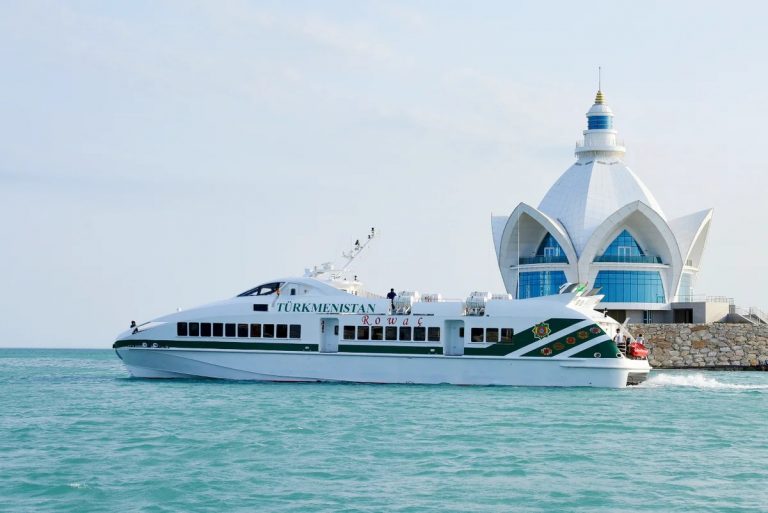 The registration of the Trading House of Turkmenistan in Kazan is another move towards expanding the partnership between the Turkmen and Tatarstan business communities.

The trade turnover of Tatarstan and Turkmenistan for the period from January to July 2020 equaled to US$ 71.8 million. The lion’s share of bilateral trade is accounted for by the supply of transport, plastics, rubber.

The fuel and energy sector is traditional area of partnership between Tatarstan and Turkmenistan. The State Concern Turkmenneft has been cooperating with the Russian oil company PJSC Tatneft since 2010. The company has recovered oil production at 128 wells, mainly from an inactive and abandonment stock. The Tatarstan petroleum giant has invested over US $ 32 million in this upstream project.

In December 2018, the Turkmen concern signed a new agreement with Tatneft, under which over 80 wells reworked ahead of schedule. About US $ 30 million was invested in the project.

An additional agreement has been concluded at the end of 2020, providing for service works to increase the flow rate of oil wells at the Goturdepe field in the western part of Turkmenistan. It is expected that the Russian oil and gas producer will operate in Turkmenistan for another eight years, and the total number of the production enhancement operations in Turkmenistan will reach 250 wells.

The production enhancement operations carried out by Tatneft at the wells of the state concern “Turkmenneft” have resulted in output of additional 300 thousand tons of oil since the beginning of the company’s activities.

According to the head of the Tatneft’s overseas oil and gas projects department, Raphael Yabbarov, in the future Tatneft is going to sign another additional agreement with the Turkmen partners, which will envisage drilling sidetracks on old wells, where major repairs would be less successful.

Early this year, a branch of Tatneft has launched tubing repair site in Balkanabad, thus expanding its oilfield service activities. Maintenance of tubing, used both in the well workover and in their operation, can reduce investment costs, involve unused assets in the crude oil production process, and increase the time wells MTBF by reducing failures due to pipe leaks. 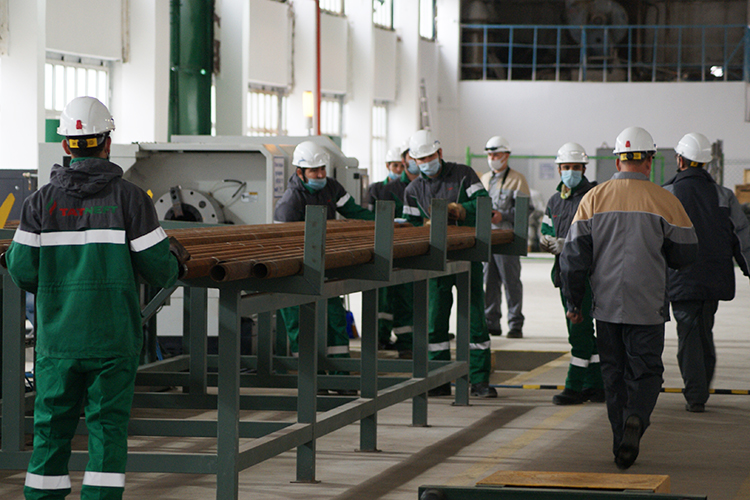 Tatneft’s projects have secured 450 job places for locals. About 100 Turkmen specialists improved their skills in Tatarstan in 2017-2018.

As for personnel training, it is worth noting that hundreds of young men and women from Turkmenistan study at the top universities of Tatarstan such as Kazan Federal University, Kazan State Power Engineering University, State Pedagogical University in Naberezhnye Chelny, Ulyanovsk State Pedagogical University, etc. All of them are future linguists, economists, petrochemists, engineers, teachers…In short, highly qualified professionals who will apply the knowledge and experience gained in Tatarstan for the prosperity of their motherland. 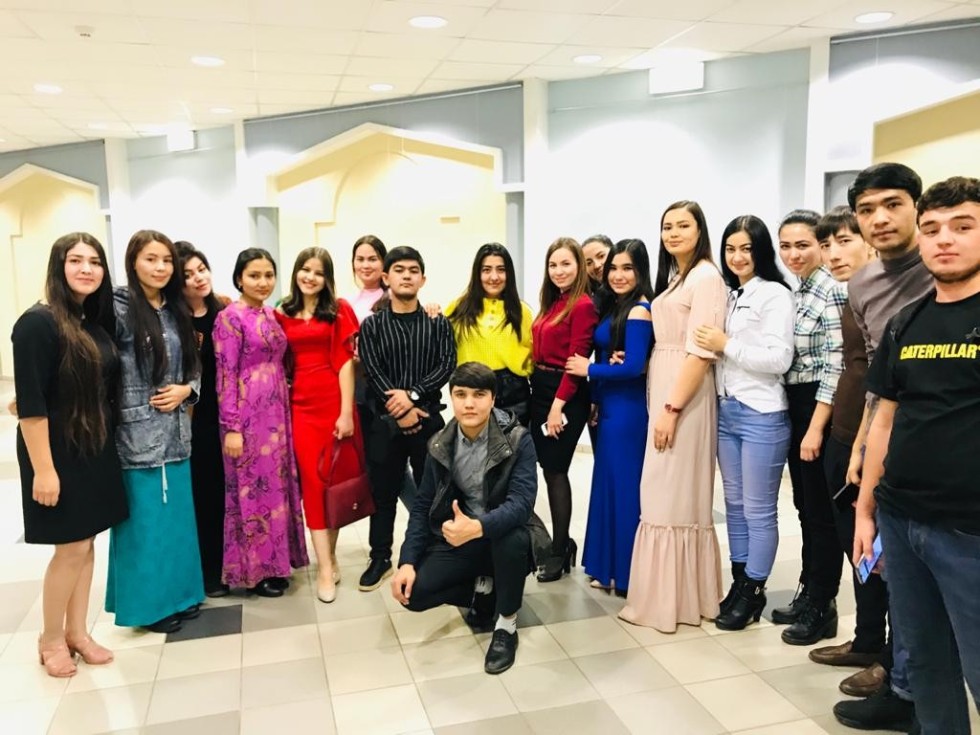 Humanitarian relations between Turkmenistan and Tatarstan are not limited only to the sphere of education. Above all, the centuries-old friendship between the two peoples, bound by their Turkic identity and common mentality, is interwoven into the canvas of relations.

Since 2000, the Republican National and Cultural Autonomy of Turkmens and the branch of the Humanitarian Association of Turkmens of the World have been operating in Tatarstan. The staff of the autonomy is a mix of ethnic Turkmens, migrants of other nationalities, Tatars. This organization, which is a kind of conduit of Turkmen culture in Tatarstan, also plays the role of people-to-people diplomacy, taking an active part in the life of the Tatar society and the Turkmen minority. 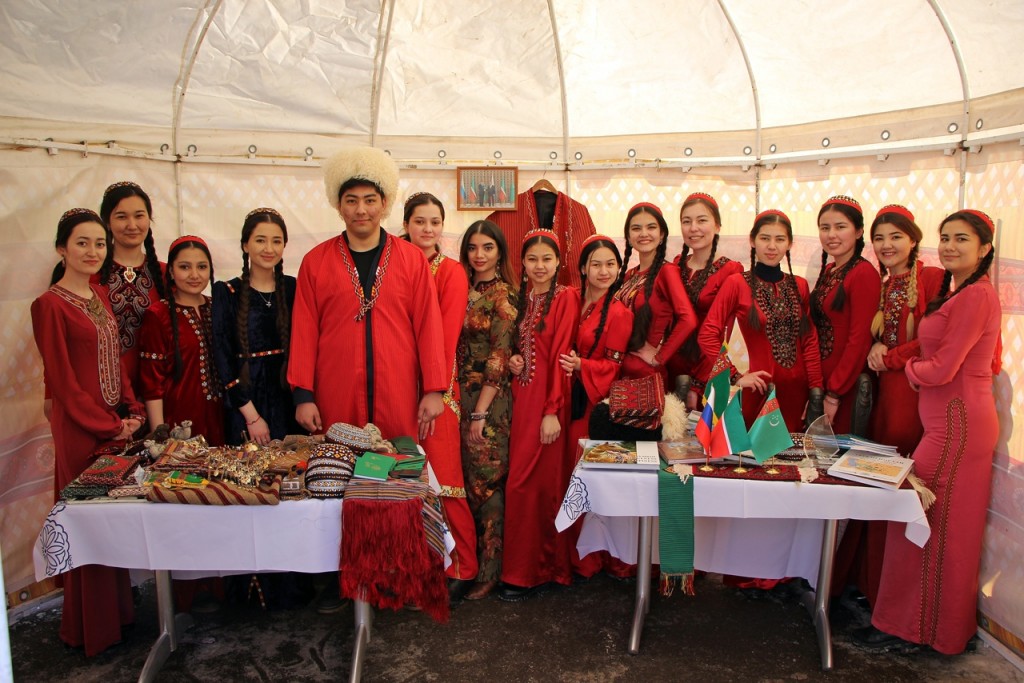 The wide-ranging plans and economic tasks set by Turkmenistan and Tatarstan today will certainly push the boundaries of the Turkmen-Tatarstan cooperation space. Deep refining of hydrocarbon resources, digitalization, pharmaceuticals, mechanical engineering, science, agricultural production – these are just several prospective areas that can enrich the content of the partnership between Turkmenistan and Tatarstan. /// nCa, 16 April 2021