Lukoil, the second largest company in Russia after Gazprom, and the largest non-state enterprise in the nation in terms of revenue, has offered to invest in and develop the Dostluk hydrocarbon field in the Caspian field. 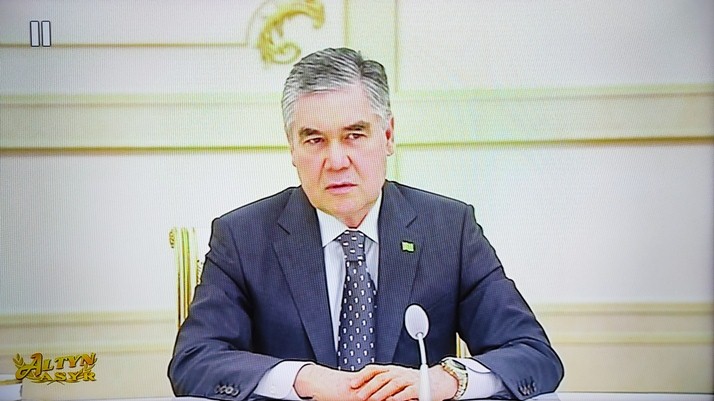 The proposal was made on Thursday, 18 February 2021, during a meeting between President Berdimuhamedov and the head of Lukoil, Vagit Alekperov, in Ashgabat.

“We welcome the intentions of PJSC Lukoil to take part in the development of the Dostluk field and are ready to consider specific investment proposals for the implementation of this project,” said the Turkmen president. 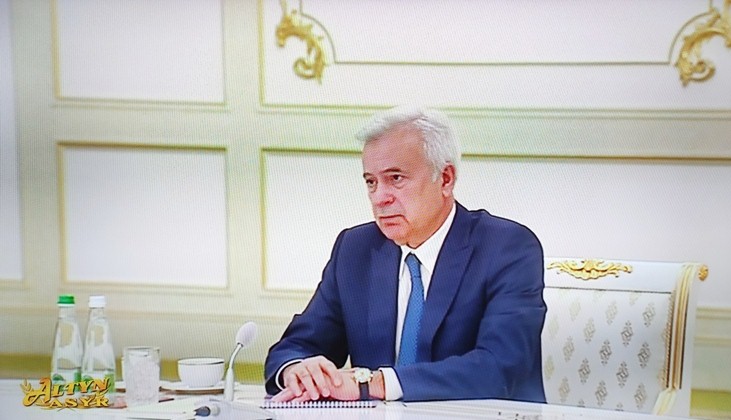 Alekperov thanked the Turkmen leader for the trust and mentioned that Lukoil has extensive experience in offshore exploration and development not only in the Caspian but also in the Baltic Sea.

He assured that Lukoil understands the need for clarity and efficiency in work and also the concern for the environment. “We know that the Caspian Sea is a fragile system, therefore, the most advanced and economically feasible technologies will be used,” he said.

Alekperov added that the search for new deposits will be carried out in parallel.

He underlined again that everything possible will be done to implement this project, qualitatively, in accordance with environmental requirements and on time.

Dostluk is a major hydrocarbon field in the Caspian Sea.

On 21 January 2021, the foreign minister of Azerbaijan, Jeyhun Bayramov, visited Turkmenistan. In parallel, an online summit was held between the presidents of Turkmenistan and Azerbaijan.

A memorandum of understanding was signed between the two countries to rename the field as Dostluk (Friendship) and develop it jointly.

The memorandum was signed by the heads of the foreign affairs agencies of the two countries – Rashid Meredov and Jeyhun Bayramov.

Vagit Alekperov visited Turkmenistan in February 2020 when he had a meeting with President Berdimuhamedov in Ashgabat. The parties discussed the prospects of development of the oil and gas industry in Turkmenistan.

Alekperov said that Lukoil has strategic interest in Turkmenistan.

He visited Turkmenistan again in September 2020 and met the Turkmen president in the Turkmenbashy city. The meeting focused on the possibility of implementing new projects in the oil and gas sector.

Lukoil has a number of projects in the Caspian.

It is part of a BP-led consortium that is developing the Shah Deniz field of Azerbaijan.

Lukoil initially joined the consortium that was formed by Azerbaijan to develop a cluster of fields including Kapaz (now Dostluk) but later withdrew from it.

Lukoil has heavy presence in the gasoline and petroleum products marketing sector of Azerbaijan and owns a chain of pumping stations, outlets and tanks.

Here is a quote from Wikipedia about Lukoil:

The PJSC Lukoil Oil Company is a Russian multinational energy corporation headquartered in Moscow, specializing in the business of extraction, production, transport, and sale of petroleum, natural gas, and petroleum products. It was formed in 1991 when three state-run, western Siberian companies named after the respective town in Khanty–Mansi Autonomous Okrug that each was based in, Langepasneftegaz, Urayneftegaz, and Kogalymneftegaz, merged. Its name is the combination of the acronym LUK (initials of the oil-producing cities of Langepas, Uray, Kogalym) and the English word “oil”.

Lukoil is the second largest company in Russia after Gazprom, and the largest non-state enterprise in the nation in terms of revenue ($4,744 billion). In the 2020 Forbes Global 2000, LukOil was ranked as the 99th -largest public company in the world. Internationally, it is one of the largest global producers of crude oil. The company has operations and subsidiaries in more than 40 countries around the world.

Lukoil is arguably the best-positioned energy multinational to develop Dostluk on behalf of Turkmenistan. Its long term presence in Azerbaijan will be greatly helpful in helping this project take off smoothly.

The sequence here is that the Caspian Convention was signed in 2018, paving the way for mutual partnership in any of the two Caspian countries in hydrocarbon and other sectors without the need for consent from any other littoral states as long as their sectors adjoin each other.

In the space created by this Convention, Turkmenistan started negotiations with a number of partners including Lukoil.

The focus on Lukoil was quite natural considering its experience in offshore prospecting and drilling, and its global presence.

With Lukoil poised to develop Dostluk for the Turkmen side, the prospects of Turkmenistan connecting its natural gas to the supply infrastructure in the European direction are enhanced greatly.

The potential volumes from Dostluk can be combined with the other offshore sources of Turkmenistan including the PSAs of Petronas and Dragon Oil to fill the pipe.

There may possibly be the need to exercise certain flexibility on the transportation options. The policymakers would need to contemplate at least two questions: 1. Is it necessary to transport the gas through a gas pipeline only? If so, should there be smaller pipelines connecting the production points with a hub, offshore or mainland? And 2. Is there any cheaper and quick option such as transportation of gas in the CNG form? /// nCa, 19 February 2021