Ambassador Chin Ki-Hoon of Korea hosted a reception on Tuesday (8 October 2019) to mark the National Foundation Day of Korea. 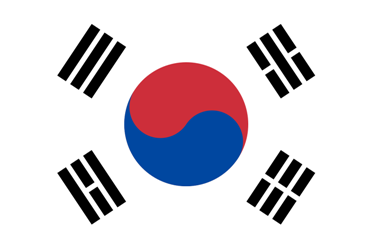 Good evening. Thank you for attending the reception celebrating the 4352nd anniversary of the National Foundation of Korea.

I am pleased to hold the national day reception in this beautiful city, Ashgabat, which is “city of love” and “city of white marble.”

I am happy to note that the Korean people are also well-known as “peace-loving people of white clothes” through its long and rich history.

The most notable example, the “March 1st Independence Movement” in 1919, which we celebrated the 100th anniversary this year, was the unprecedented peace movement against imperialist oppression.

The Korean people’s will to peace paved the way to establishment of the Korean Provisional Government. And finally, Korea achieved independence from “violence and greed.”

Today, the Republic of Korea has developed as world 7th largest exporter and 10th largest economy.

Korea has succeeded in turning itself from aid-recipient to donor country, and it is contributing to peace and prosperity of the world.

I think the driving force of Korea’s unprecedented development lies in Korea’s pursuit of peace as well as its strict compliance with world “free-trade” rules.

This year, in the continued atmosphere of dialogues and negotiations, meaningful achievements have been made for the peace on the Korean Peninsula.

Outposts of the two Koreas in the Demilitarized Zone (DMZ) were dismantled for the first time ever, since the end of the Korean War.

Remains of total 179 bodies were discovered in Arrowhead Hill, one of the fiercest battle ground during the Korean War. The remains of identified bodies were given to bereaved family in 66 years.

The Republic of Korea is endeavoring to transform the Demilitarized Zone (DMZ), which is the symbol of division and confrontation into a “peace zone” for connectivity and reconciliation between the two Koreas.

On this occasion, I would like to express my deep gratitude to all of you for active support for the Korean Government’s efforts for peace on the Korean Peninsula. And I request your continued support for this issue.

The State Visit of the President Moon Jae-in to Turkmenistan this April marked the new milestone for our bilateral relationship.

Three inter-governmental agreements and more than 20 MOUs were signed.

Moreover, the two Presidents together visited Kiyanly Gas-chemical Plant, which is the symbol of Korean-Turkmen economic cooperation.

After the State Visit, there are increased exchanges and cooperations in various fields such as energy, transport, information technology, health care, etc.

The Korea-Turkmenistan Business Council and the 12th Korea-Central Asia Cooperation Forum will be held soon. A high-level parliamentary exchange is also planned for near future.

This year we are witnessing rapid growth in cultural and humanitarian exchanges between our two nations.

In particular, opening of the first King Sejong Institute in Turkmenistan and launch of Korean language program at the Turkmen secondary school this September ushered in a new chapter for cultural and humanitarian exchanges between our two countries.

In addition, I am pleased that tomorrow on October 9th, which is Korean Alphabet (Hangeul) Day, D. Azadi Turkmen National Institute of World Languages will be awarded the Commendation of Merit by the President of the Republic of Korea on Korean Language Promotion.

President Moon, during his state visit, emphasized that “it is necessary to create second and third Kiyanly.”

I hope that all of us will work together to maximize achievements of the State Visit to take our “mutually beneficial partnership” to a next level.

On this occasion, I wish to express my sincere gratitude to President Gurbanguly Berdimuhamedov for support for this national day reception.

I also would like to congratulate the Turkmen People on the 28th anniversary of Independence Day and wish everlasting prosperity for Turkmenistan in the year of “Motherland of Prosperity.”

I thank again all distinguished guests for attending the reception today, and I wish peace and prosperity on the Korean Peninsula, Turkmenistan and around the world, as well as health and success for all of you. Thank you very much. /// nCa, 9 October 2019 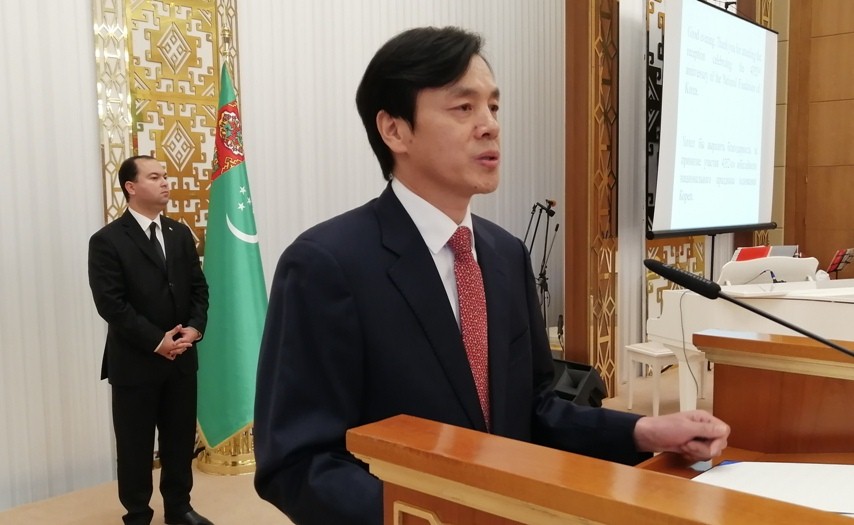 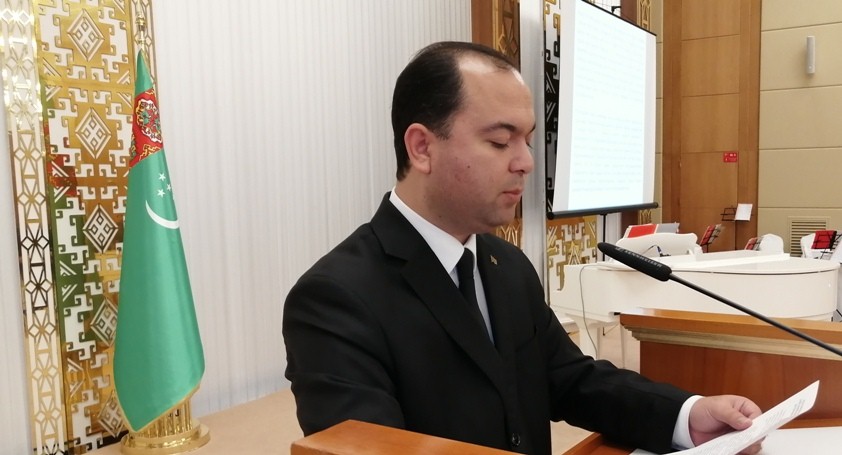 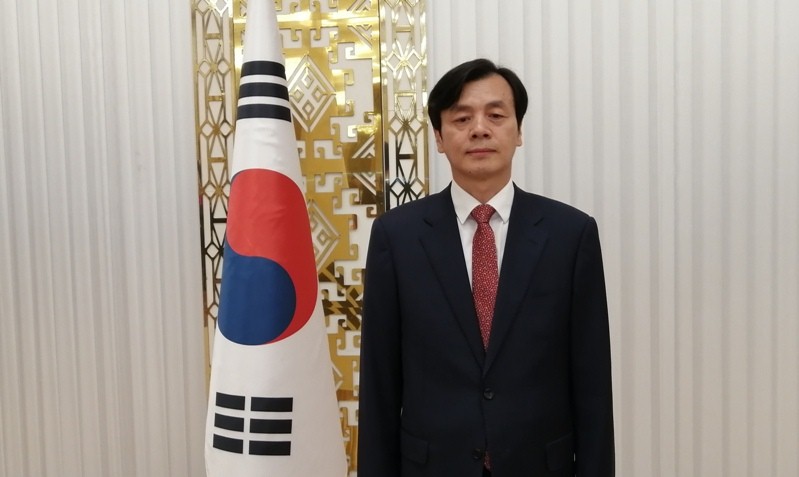 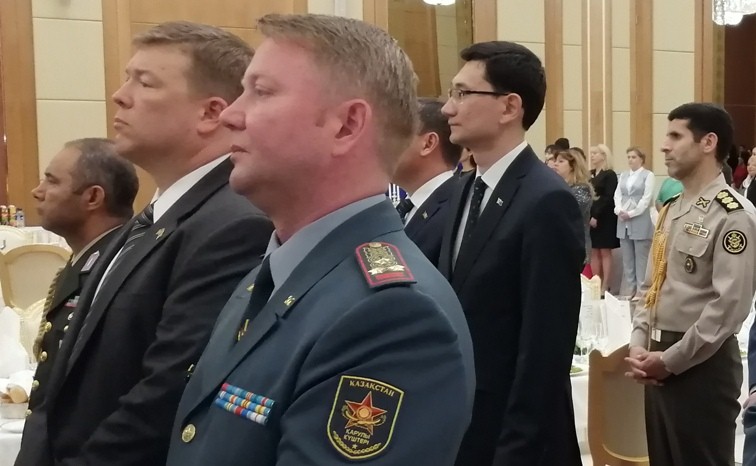 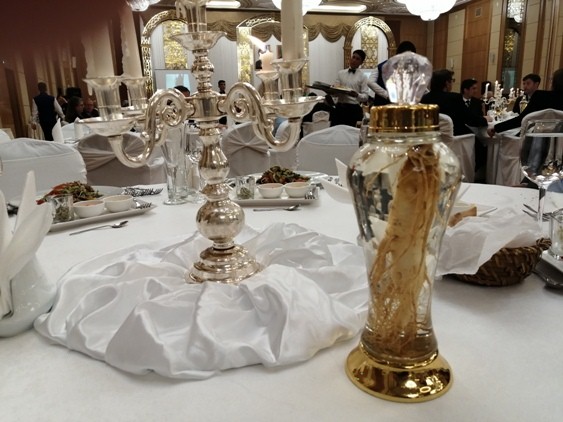 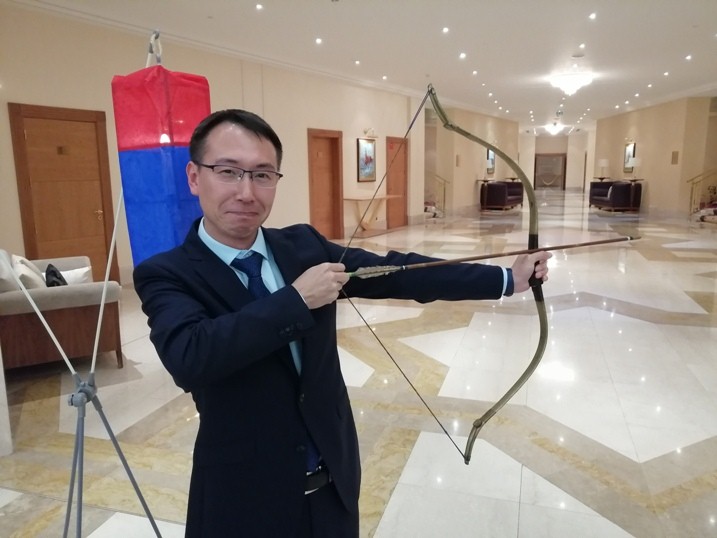