You are here: Home / Articles And Reports / Finally, an honest statement from Afghanistan 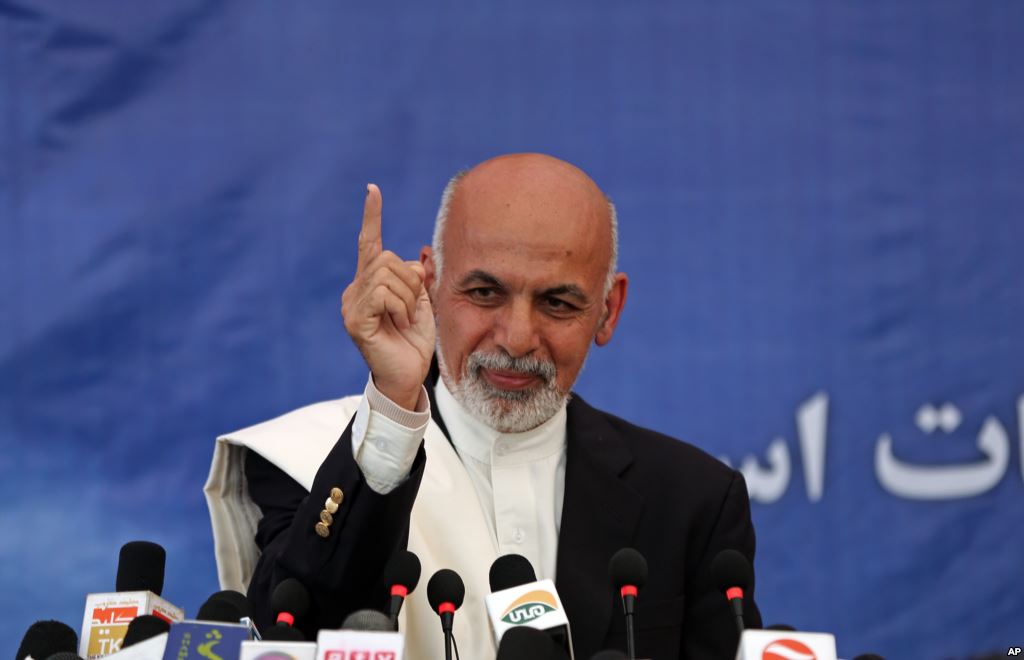 Finally, an honest statement from Afghanistan

Ashgabat, 27 April 2016 (nCa) — President Ashraf Ghani of Afghanistan addressed Monday (25 April 2016) a joint session of both houses of the parliament. His speech was an honest statement, serving more than its intended purpose.

Even though every sentence of his speech was loaded with anger toward Pakistan, the real insinuations were visible in thick clusters just beneath the thin and transparent film. It was cringe worthy to see the refined and cultured Ghani parroting the lines so obviously written by someone else.

His speech reminded of a popular programme of Radio Ceylon back in the 1960s where the listeners could send their demand (farmaish) and the DJ played the requested song. The only difference was that Ghani did not read the names of the listeners who had demanded the song.

Nevertheless, it was a speech full of honesty because what was left unsaid was far more significant than what was said.

The first honest declaration, even before the start of the speech was the absence of his co-pilot, Abdullah, from the scene. It was clearly a house divided against itself.

His speech was anchored to the terrorist attack at the offices of the security services of Afghanistan on 19 April 2016 that led to 56 deaths. Using it as a tipping point, Ghani said that Pakistan must capture the terrorists based in Pakistan who were wreaking havoc on Afghanistan.

He blamed the Haqqani group for the incident even though the Afghan Taliban have accepted the responsibility for this particular attack.

Assuming that the terrorists actually traveled from Pakistan all the way to Kabul, carrying the necessary arms and ammunition, there were dozens of points from Torkham to Kabul where they could have been intercepted.

Let’s put this into proper context.

Afghanistan has some 250000 troops in its armed forces, making it the 29th largest army in the world. There are some 160000 people in the police force, 25th largest in the world. There are also about 150000 paramilitary personnel under various formations. In addition, there are large numbers of people in the private armies of the warlords. In all, Afghanistan has in its ready pool about 900000 uniformed people.

Some comparison is in order to see how big this military strength actually is and what should be expected from it.

China has a population of 1.357 billion and its total number of armed forces and paramilitary forces is about 3.5 million. It means that only one in 390 citizens of China is in uniform.

Pakistan has a population of about 200 million and its armed forces and paramilitary forces are about 1.4 million. It means that only one in 143 citizens of Pakistan is in uniform.

Afghanistan has a population of 30.5 million and its arms bearing people including the armed forces, paramilitary forces and warlord armies are about 900000. It means that one in every 30 citizens of Afghanistan is in uniform.

Let’s roll a highlighter on these numbers.

Had the population of Afghanistan been equal to that of China, the number of its armed and paramilitary forces would have been in the vicinity of 45 million. How big is that?

Let’s put this figure in perspective: It would have been equal to or more than the combined strength of the top 19 armies and paramilitary forces in the world in terms of numbers (North Korea, Korea, Vietnam, India, China, Russia, USA, Brazil, Pakistan, Egypt, Ukraine, Cuba, Indonesia, Turkey, Iran, Iraq, Thailand, Colombia, and Israel)

In terms of proportion, Afghanistan has the largest armed and paramilitary forces in the region.

US alone has spent $ 65 billion on Afghan national forces. This is actually just a part of the total spending on the armed and paramilitary forces of Afghanistan by foreign countries. And, this is just army. We don’t know how much has been spent on the paramilitary forces and different kinds of militias, public and private.

Moreover, these are the armed forces freshly trained by the best instructors from the USA and NATO. They are also superiorly equipped with the latest hardware. The elite trainers from the US-NATO are still available to them for day to day tutoring. They have the back up support of satellites and drones. Nothing is lacking.

The security service (NDS) of Afghanistan is among the most efficient in the world. Their officers have been trained in several countries. They have better pay packages and privileges. They have vast resources at their disposal. Their accounts are not subject to audit. They have intelligence-sharing arrangements with many of the friendly services of powerful countries. They have the wherewithal – as they say in trade jargon – to ‘beg, borrow or steal’ information from wherever. Nothing is lacking.

It must have been absolutely uncomfortable for Ghani to say not a single word about the efficiency, or lack thereof, of his own armed forces, paramilitary forces and security services. The truth was in his silence on the subject.

The third honest statement was also an unsaid fact. While expressing conflicting emotions about killing the Taliban and yet talking to them, he failed to mention that Taliban were already on the table a while back and the second round of QCG was about to yield significant results when the Abdullah clique sabotaged the negotiations by leaking the information about the death of Mulla Omar — the same Abdullah who did not care to even attend the session Ghani was addressing.

Ghani must have been a lonely and sad man delivering that speech because he knows full well that the Abdullah and Co. have never acted and will never act in the best interests of Afghanistan.

The fourth honest statement was that Ghani mentioned corruption as an afterthought, a few sentences at the end of the speech. It shows how powerful the corrupt are in Afghanistan and how deeply-entrenched the corruption is in the Afghan system. Even though a large number of studies and reports have underlined that corruption and injustice are why the Taliban are thriving in Afghanistan, Ghani was rather tongue tied on the subject. By skimming very lightly and hurriedly on the issue of corruption, Ghani actually admitted that his hands are tied behind his back.

A speech by a president to both the houses is a rare occasion and it is generally used to bolster the national agenda. Remaining fascinated with just one country during the entire speech actually robs both the house and the president of their dignity.

Even then, it would be worth it if this rant helps Ghani gain access to some of the powers that rightfully belong to him as the president of Afghanistan, the powers that have so far been denied to him by the Abdullah group.

Short of that, the speech will remain what it actually is: a monumental embarrassment.