The establishing a multimodal corridor Kyrgyzstan – Uzbekistan – Turkmenistan (port of Turkmenbashi)– Russia (Astrakhan port) was discussed during the working visit to Turkmenistan of the Minister of Transport and Communications of the Kyrgyz Republic Tilek Tekebayev.

During the bilateral meetings with representatives of the transport authorities of Turkmenistan, issues of bilateral cooperation in cargo transportation by road were discussed, the Ministry of Transport and Communications of Kyrgyzstan said in a press release.

The minister met with the Chairman of the agency “Turkmendenizderyaellary” [Turkmen marine and reiver ways] Annadurdy Kosayev at the port of Turkmenbashi.

The parties discussed the possibilities of a transport route that will stretch from Kyrgyzstan through Uzbekistan, the port of Turkmenbashi to the Russian port of Astrakhan.

The Kyrgyz side announced at the meeting some operational details of the project.

According to Tekebayev, the Russian side is ready to provide ferries for this corridor. Initially, it is planned to send 50-60 vehicles daily for transportation between the ports of Turkmenbashi and Astrakhan.

The third stage envisages for container service to the Russian port of Makhachkala.

In turn, the Turkmen side presented several ideas. Kyrgyz shippers can load a ferry and transport their cargo. Bulk carriers can be also used to transport freight in “pallets” and “big-bags.” There are access roads and areas for unloading trucks (unloading time 10-15 minutes) and subsequent loading on dry-cargo ships to facilitate this.

There are also warehouses for the customs transit goods, with a storage period of up to 3 years, which can be used by Kyrgyz road carriers.

In addition, cargo transportation can be organized according to the scheme: cargo delivery to the Uzbek-Turkmen border – transshipment to railway containers – delivery to the port of Turkmebashi – loading to marine transport.

Discussion of the multimodal route proposed by Kyrgyzstan was continued in Ashgabat at the talks between Minister Tekebayev and Director General of the Agency for Transport and Communications under the Cabinet of Ministers of Turkmenistan Mammetkhan Chakiyev.

The Turkmen side, in particular, stressed the importance of holding a quadrilateral meeting with Russia, Uzbekistan, Kyrgyzstan, and Turkmenistan to discuss the corridor project.

The document is currently being reviewed.

The creation of a permit-free system of transit, bilateral freight transportation, and transit for Kyrgyz trucks without paying fees when travelling through Turkmenistan’s borders were also on the agenda.

According to the decision of the parties, the settlement of these issues requires the elaboration of amendments to the intergovernmental agreement on international automobile passenger and cargo traffic. As for the issue of toll-free transit, it will be considered on a parity basis. 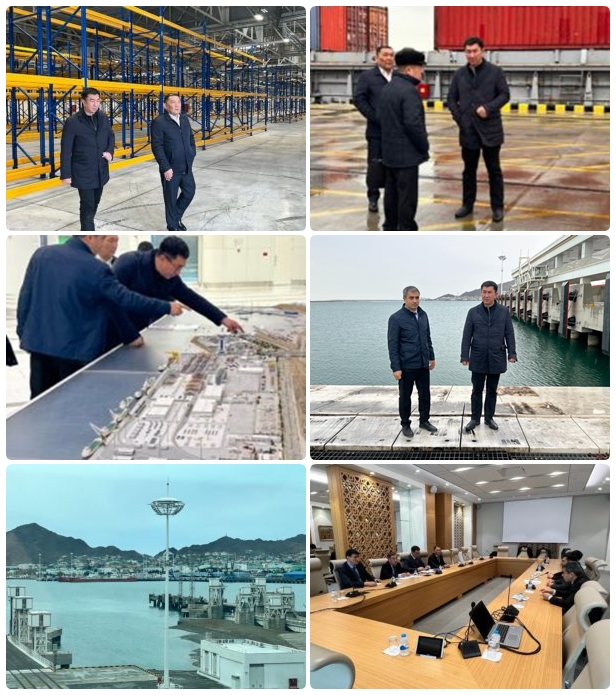