On 6-7 December 2022, Moscow will host the 12th meeting of the Intergovernmental Turkmen-Russian Commission on Economic Cooperation, on the sidelines of which it is planned to sign more than ten bilateral documents in various fields. The announcement came on Tuesday, 15 November during the meeting of the commission’s co-chairs of the commission – Deputy Prime Minister, foreign minister Rashid Meredov and Deputy Prime Minister of Russia Alexei Overchuk.

At the beginning of the meeting, the importance and productivity of the meeting of Overchuk with President of Turkmenistan Serdar Berdimuhamedov was noted, during which guidelines for further promotion of multifaceted cooperation between the two countries were determined. 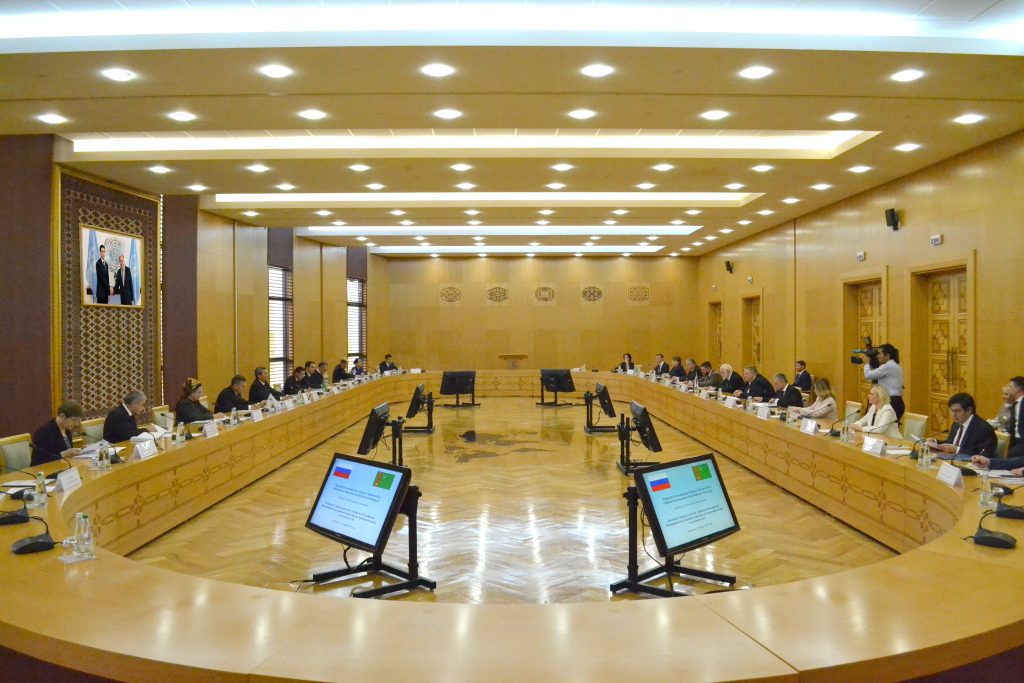 The co-chairs of the commission discussed in detail the prospects of partnership in the financial and banking sector, oil, transport, electric power industries, as well as in the fields of education, culture, healthcare and tax administration.

These issues were also discussed in an expanded format with the participation of heads and representatives of a number of relevant ministries and departments of Turkmenistan and Russia.

Touching upon cooperation in the field of education and culture, the parties underlined the importance of implementing projects of Turkmen-Russian University and the construction of a new building of the Pushkin Russian Drama Theater in Ashgabat. ///nCa, 16 November 2022