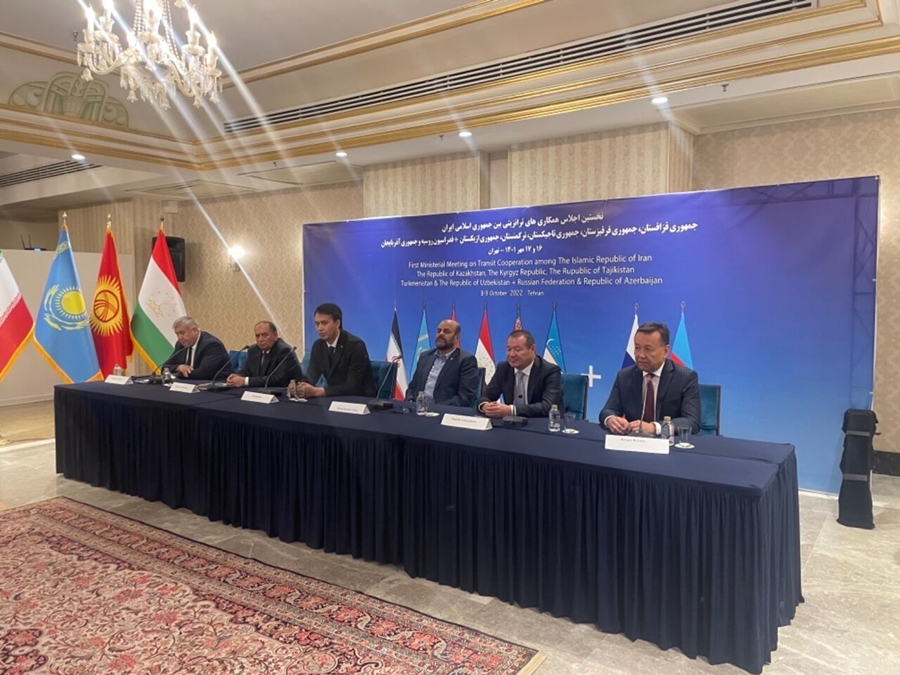 The first meeting on transport and transit cooperation between Iran and five Central Asian countries wrapped up in Tehran on Sunday, 9 Oct.

During the two-day event, the heads of the transport authorities of Iran, Turkmenistan, Kazakhstan, Kyrgyzstan, Uzbekistan, Tajikistan, considered the possibilities of expanding transit cooperation. Deputy transport minister of Azerbaijan and minister of economic development of Russia also joined the meeting.

The purpose of the event was also to create conditions for the development of a more coordinated transport policy between the participating countries.

According to Iran’s Deputy Foreign Minister for Economic Diplomacy Mehdi Safari, Iran is striving to increase its annual transit to 20 million tons through the implementation of a common transport policy with Central Asian countries.

“To achieve this goal, Iran will provide transit routes to its landlocked neighbors,” Safari said.

Stressing the need to develop international transit corridors passing through Iran, he stressed the need to create a corridor management system that can be used to improve the railway, sea and air routes.

An agreement was also reached at the meeting to hold a semi-annual conference with mentioned countries on transit cooperation.

The parties emphasized the need to develop transit, unify tariffs and issue visas for drivers for a period of one year. ///nCa, 9 October 2022