Turkmenistan has gathered 1.25 million tons of cotton from this year’s crop. The harvest campaign concluded officially on 11 November 2021 when the children from each province, accompanied by the regional governors reported to the president at the Oguzkhan Palace in Ashgabat.

Traditionally, two children from each province, a girl and a boy, bring a Khurji – saddle basket – filled with raw cotton to the presidential palace on the conclusion of the harvest. This symbolizes the fraternal spirit of the farming community across Turkmenistan. It also represents the non-stop hard work of rural Turkmenistan for strengthening the economic base of the country. 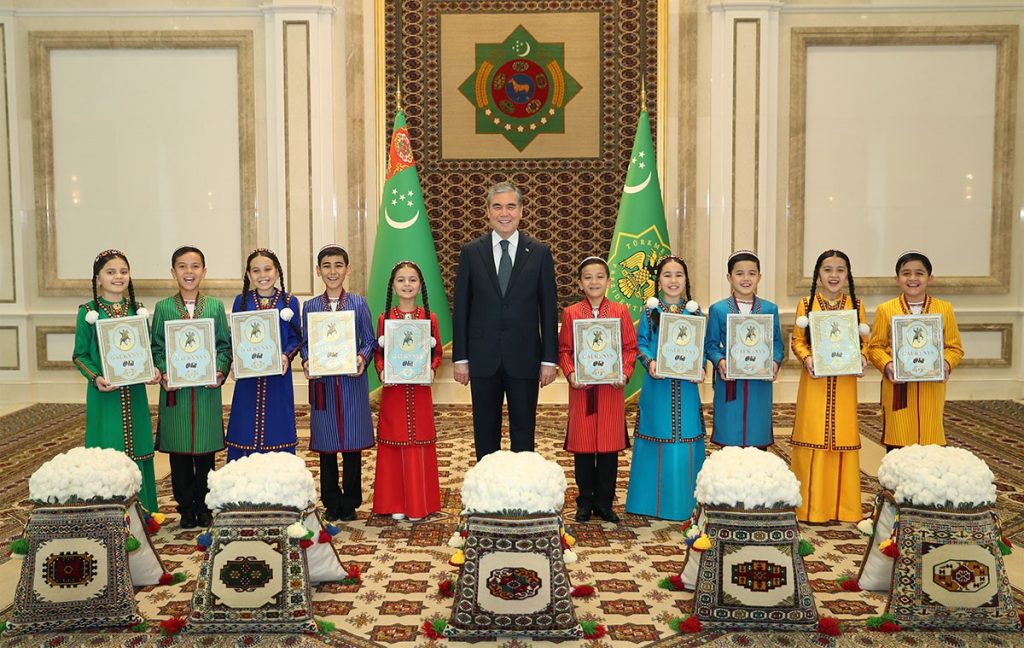 Turkmenistan, because of its growing textile industry, introduced some changes to its cotton crop policy last year. Earlier, some 551000 hectares of land was allocated for cotton cultivation, resulting in 1.01 to 1.1 million tons of harvest. Since last year, the area available for cotton has been increased to 690000 hectares. This has led to about 24% increase in the gross yield. Last year also Turkmenistan gathered 1.25 million tons of cotton.

The president praised the farmers and thanked the children for bringing the good news.

The same day President Berdimuhamedov held a video meeting with the DPM for agriculture, the deputy chairman of Halk Maslahaty, the chairman of the parliament, and the head of the Agrarian Party, one of the three political parties of Turkmenistan.

The president asked them to prepare for the harvest festival. — Turkmenistan holds harvest festival twice a year: in the summer on the completion of wheat harvest, and in the autumn on the conclusion of cotton harvest.

The details of the exhibition and conference of the agro-industrial complex that will start on 14 November 2021 were also discussed during the video meeting.

It was decided to confer medals and awards on the outstanding farmers. The president approved the list of recipients and sent it through the digital link to the participants of the meeting. The award ceremony will take place on 13 November 2021 at the Mukam Palace.

Some matters related to legislation on agricultural issues and healthcare sector were discussed during the meeting.