The event has been dated to the India-Central Asia Business Forum and organized by the Indian Federation of Indian Chambers of Commerce and Industry jointly with the foreign ministry. 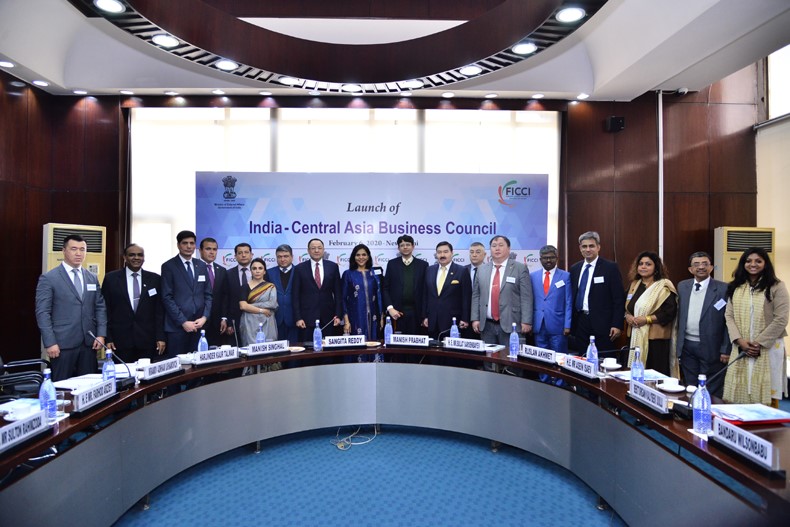 In his keynote address the minister of external affairs of India Dr S Jaishankar went across the full spectrum of relations both in multilateral regional context (one+five CA nations) as well as made appraisal of the current state of bilateral relations.

He broadly told about the pillars of the activities and objectives, entrusted to the newly established body – India-Central Asia Business Council.

The Council, co-founded by chambers of commerce from six countries, aims to provide a platform for businesses of India and Central Asia to collaborate and to give an industry view to the governments on how to promote economic ties and investments.

The priority sectors will include energy, pharmaceuticals, automotive, agro-processing, education, urban infrastructure and transport, civil aviation, IT and tourism. With this purpose, India-Central Asia Business Council will constitute four Working Groups in areas of energy; agro, food processing and textiles; tourism and pharmaceutical and life-sciences.

“It is a reality that our combined trade with this region actually still stand below USD 2 billion per annum. It is our sincere hope that the India-Central Asia Business Council would be able to spread the message among the industry and the business and encourage atmosphere where we can trade with each other more promote investment and look at various other collaborative opportunities in different fields that we have not tapped”, said Jaishankar.

The idea of creating the joint business council originates from the First India-Central Asia Dialogue at the level of foreign ministers, hosted by Samarkand, Uzbekistan, in January 2019. It is expected that this new mechanism would enhance business-to-business relations.

In spite of high potential in enhancing trade and economic engagement between India and Central Asia, there is the connectivity challenge.

Delhi sees some part of answer to that in using capacities of Chabahar port. “India, Iran and Afghanistan believe that Chabahar will become the fulcrum of connectivity for Indian goods to reach Afghanistan and further north to Central Asian states and for the landlocked Central Asia to find access to ocean through this port,” Jaishankar said.

India also examines the viability of air corridors between India and the Central Asian states.

“While flying time from Delhi for most of the Central Asian destinations is 2 hours, it sometimes takes 2 months for containers to go there. Availability of air corridors can certainly boost trade in high value segments perishable goods, agricultural and food products”, stressed Indian FM, saying that he would urge FICCI and Chambers of Central Asia to look at this with a greater focus.

The growth of the tourist traffic to destinations like Almaty and Samarkand have been observed recently.

There is also growing demand for medical tourism.

In recent years, we have built up a tele-medicine network in Kyrgyzstan, established IT centres in Kazakhstan, Kyrgyzstan, Uzbekistan and Tajikistan, an industrial training centre in Turkmenistan, said Jaishankar.

Here is the passage from the speech by minister of external affairs Dr S Jaishankar, revealing some details on current economic involvement of India with each of five Central Asian countries, considered by Delhi as an area of “extended neighborhood”: 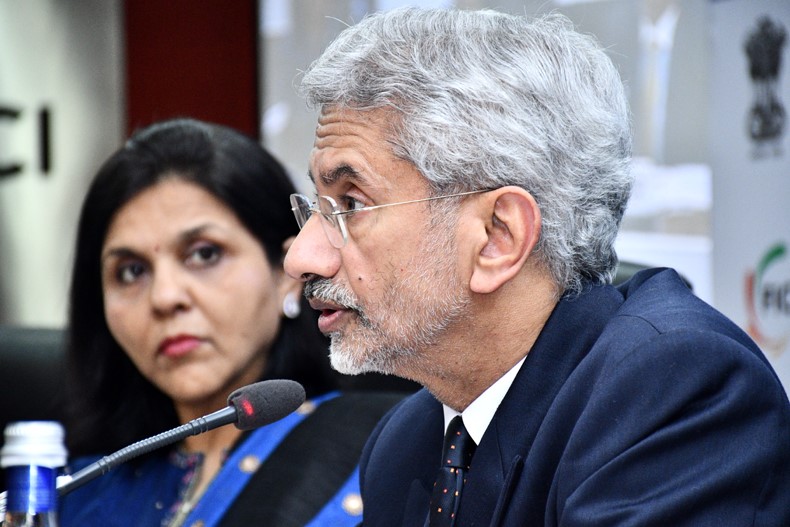 “Kazakhstan, which is our strategic partner, and is also a major trade partner in the region with a trade turnover of more than USD 1.5 billion of bilateral trade in the first 11 months of 2019. Of this, India purchased crude oil amounting to more than USD 1 billion. ONGC had invested in the Satpayev oil block. Our oil companies are interested in seeking more producing blocks. India also purchases natural uranium from Kazakhstan and thus Kazakhstan has emerged as an important supplier for India’s energy needs. Punjab National Bank has a commercial presence in Kazakhstan for almost a decade now and that is again something which is very useful for our trade price, we have investments in Kazakhstan which are which shows India’s commitment to enhance commercial relations with the region. With over USD 400 million of Indian investments in Kazakhstan and USD 68 million of Kazakhstan’s investments in India, pharmaceuticals, tea and agro-products remain our primary areas of interest. Kazakhstan government’s ‘Digital Kazakhstan’ programme is a significant push towards building the digital economy of the region. Official delegations from Kazakhstan have exchanged experiences thus on e-governance and we certainly would urge our IT companies to look at opportunities in Kazakhstan in that field very aggressively.”

“With the Kyrgyz Republic, India established a Strategic Partnership during the Summit held between Prime Minister Shri Narendra Modi in June last year. Both countries have agreed to make a focused effort to enhance the current volume of trade which is about USD 30 million and we had in fact announced a Line of Credit of USD 200 million which will help business development and hopefully attract Indian companies and make them look at Kyrgyz Republic more seriously. Both Prime Minister and President Jeenbekov jointly inaugurated an India-Kyrgyz Business Forum, which was coordinated also by FICCI and Later in October 2019, FICCI, in partnership with our Ministry of Commerce & Industry had organized ‘Namaskar Eurasia’, an India-Kyrgyz Trade Expo in which 50 leading Indian companies participated. Kyrgyzstan organic products like honey, walnuts, vegetables and dairy products are being exported to India. The Indian market certainly is a source of considerable attraction for them.”

“Tajikistan, which is geographically closest to India, has also been our strategic partner for many years. Bilateral trade, however, which had reached USD 75 million in 2017-18 has not done so well in the year thereafter. But we have Indian companies who have invested in infrastructure in Tajikistan including in the construction of power plants and power transmission lines and a prominent hotel in Dushanbe. The country has immense potential in terms of hydropower. Tajikistan also has good potential in power transmission, transport, full chain of cotton and fruit processing, tourism and mining. The country seeks to increase the share of industries to 22.5 per cent of the GDP by 2023. It has opportunities for Indian businesses.”

“For Turkmenistan, export of petro-chemicals is a major stay of the national economy. Mining, refining and fertilizers, some of which is also exported to India, should be attractive for Indian investors. With about USD 65 million of bilateral trade, there is a wide scope for enhancing Indian exports of pharmaceuticals, household electrical gadgets, frozen meat, tyres etc. These efforts should continue while the geo-political complexities of the TAPI gas pipeline is addressed and the participating companies in the TAPI consortium find business solutions to mitigate various risks.”

“Uzbekistan is our major strategic partner. The visits of President Shavkat Mirziyoyev in 2018 and 2019 have provided a strong impetus to development of our partnership in several areas. During the State Visit of President Mirziyoyev in October 2018, Prime Minister announced USD 200 million of Line of Credit for Uzbekistan and an additional USD 800 million to be made available for Lines of Credit and Buyer’s Credit. Projects including construction of highways and other water-related urban infrastructure are under consideration to be taken up under India’s line of credit. A contract for supply of uranium by Uzbekistan to India has been concluded. India and Uzbekistan have decided to start their negotiations for a Preferential Trading Arrangement. We hope this would help us reach the bilaterally set target of USD 1 billion of trade which is currently at a level of about USD 300 million. Indian companies have strong interests in exports of pharmaceuticals, mechanical equipment, auto parts, services etc. Uzbek fruits and vegetables, fertilizers, juice products, extracts and lubricants are being exported to India and these can certainly expand their market share. We recently had a good visit by Chief Minister of Gujarat to Uzbekistan in October last year led to almost 50 B2B MoUs being concluded.”

He expressed hope for a time when the existing goodwill, the political goodwill and societal goodwill will be also matched by the intensity of business relationship. /// nCa, 10 February 2020