On 19 December 2021, the third meeting of the foreign ministers of the India-Central Asia Dialogue took place in New Delhi, India.

The sides highly appreciated the role of the dialogue between India and the Central Asian countries as an effective platform for strengthening multifaceted cooperation and exchanging views on a variety of regional and international issues of mutual interest.

It was stressed that such a cooperation format contributes to regional peace, security, stability, sustainable economic growth, as well as prosperity in the region.

Rashid Meredov noted the consistent development of cooperation between the Central Asian countries and India in the political, diplomatic, trade, economic, cultural and humanitarian spheres. It was emphasized that there is a great potential for collaboration, particularly in pharmaceuticals, information technology, agriculture, energy, and the textile industry.

Meredov stressed the need to further enhance the activities of the Central Asia-India Dialogue. Turkmenistan has put forward some proposals, aimed at creating a solid institutional framework for a new format of political interaction between Central Asian countries and India.

In this context, the necessity of practical implementation of specific proposals made during the International Conference “The Policy of Peace and Trust – the basis of International security, stability and development”, held in Ashgabat on December 11, 2021, was emphasized.

Meredov underlined the importance of the initiative of the President of Turkmenistan on the formation of a new philosophy of modern international relations, called “Dialogue is a guarantee of peace”.

He also emphasized the importance of current economic projects aimed at strengthening the connectivity of the Central Asian region and India, particularly the Turkmenistan–Afghanistan–Pakistan–India (TAPI) gas pipeline construction project. 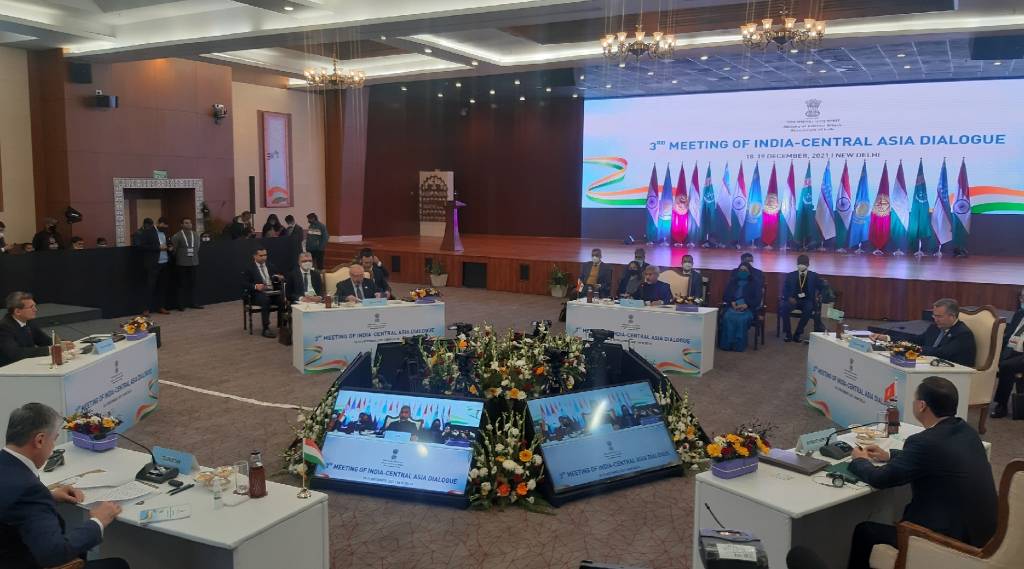 During the meeting, issues such as increasing mutual trade, investment, and industry cooperation, as well as strengthening transport connectivity with India, were discussed.

The sides also noted the importance of joint response to current challenges and threats. The ways of addressing environmental problems in the region, preventing transnational threats, as well as strengthening cultural interchange were analyzed.

The ministers exchanged views on the situation in Afghanistan and reaffirmed support for the peaceful, secure and stable development of the country, while emphasizing respect for sovereignty, unity and territorial integrity and non-interference in its internal affairs.

The parties stressed the need to develop a post-conflict strategy for this country in order to prevent its international isolation. On the sidelines of the meeting, issues of humanitarian assistance aid for the socio-economic reconstruction of Afghanistan were discussed.

The parties demonstrated the mutual interest in cooperation in education and science, healthcare and medicine. They agreed on the importance of continuing collaborative efforts to combat the coronavirus pandemic and its consequences.

A special emphasis was placed on the centuries-old cultural and civilizational ties between India and the countries of Central Asia and the importance of developing cooperation in the cultural and humanitarian sphere for further intensification of people-to-people contacts.

Following the meeting, a Joint Statement of the Ministers of Foreign Affairs of the Central Asia–India Dialogue was adopted.

The 3rd meeting of the India-Central Asia Dialogue was held in New Delhi on 19 December 2021 under the chairmanship of the External Affairs Minister of India. Ministers of Foreign Affairs of the Republic of Kazakhstan, Kyrgyz Republic, Republic of Tajikistan, Turkmenistan and Republic of Uzbekistan took part in the meeting.

13.The Ministers agreed on the implementation of commitments under the UNFCCC and its Paris Agreement in line with equity, national circumstances and principle of common but differentiated responsibilities and respective capabilities (CBDR-RC). They expressed their intention to actively cooperate in relevant sectors. The Foreign Minister of Kyrgyz Republic sought support of other Ministers for their proposal to declare 2022 as the International Year of Sustainable Mountain Development. The Foreign Minister of the Republic of Uzbekistan sought support of the other Ministers for their proposal to hold in 2022 in Uzbekistan (Nukus, Karakalpakstan) a high-level UN International Forum on “green” energy.

Meredov met with his Indian counterpart 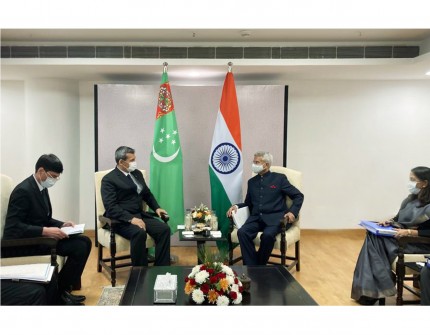 The progressive dynamics of the development of interstate relations in the political, diplomatic, trade, economic, cultural and humanitarian spheres was emphasized.

The energy sector was identified as an important component of cooperation between the two countries. In this context, the sides exchanged views on joint actions to implement the Turkmenistan-Afghanistan-Pakistan-India transnational gas pipeline project.

Turkmenistan’s Minister of Foreign Affairs emphasized the country’s consistent development of cooperation in the fields of education and science, medicine and healthcare, as well as the implementation of joint cultural and humanitarian projects.///MFA Turkmenistan, 19 December 2021 (compiled by nCa, 20 December 2021)