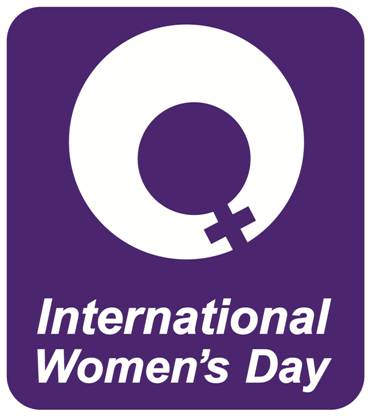 Ashgabat, 8 March 2018 (nCa) — The International Women’s Day may have different connotations for different people – for us it is the day to take stock of what has been achieved during the past year and renew our resolve to keep working toward a just and equal society.

It is the year 2018 when the social media is the most powerful force in shaping the social (and political) narrative globally. The most recent example is the #MeToo movement that has brought down a surprising number of powerful people.

At this important milestone in the long and still continuing journey, the definition of feminism has also changed. Instead of a confrontational force it is now a bridge to bring the people together, a glue to repair the wounds of the society.

The progress in the empowerment of women needs to be measured from its starting point in every society. There is also the need to look at the speed at which the progress is being made, and the forces that are helping or hindering that movement.

For this purpose, we have chosen two examples.

In Saudi Arabia, the women have recently been allowed to drive the cars. —– The ban on the women drivers was wrong all along. Nevertheless we must rejoice in its being rolled back.

The basic principle in Islamic legislative work is that first you should try to find the guidelines from the Quran, in the absence of that you should look at Hadith (the words and deeds of the Holy Prophet PBUH), and when that too is not available, you should resort to Ijma (the consensus of the Muslim nation on any given issue). 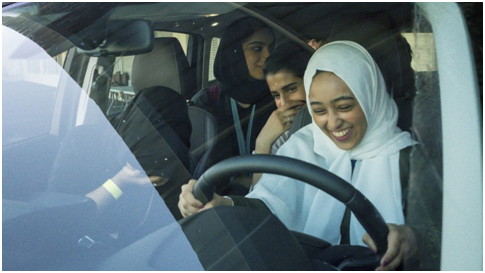 The question of women driving a car or any other vehicular transport should not have arisen at all. The women during the time of the Prophet PBUH used to ride camels and horses, akin to today’s motorized transport.

We hope that it is just the start of empowerment of women in the societies wherever any disparity exists between the women and the men. We seek the just and rational equality, not the reversal of dominance.

The other example we want to highlight today is Jacinda Ardern, the prime minister of New Zealand since 26 October 2017.

She was just 37 when she took the office and prior to that her experience in politics was also not considerably long. She is the youngest female head of state in the world.

She is also the leader of the Labour Party, which she took over on 1 August 2017.

After graduating from the University of Waikato in 2001, Ardern began her career working as a researcher in the office of Prime Minister Helen Clark. She later worked in the United Kingdom as a policy advisor to British Prime Minister Tony Blair. In 2008, she was elected President of the International Union of Socialist Youth. Ardern became a list MP in 2008, a position she held for almost ten years until her election to the Mount Albert electorate in the 2017 by-election, held on 25 February. 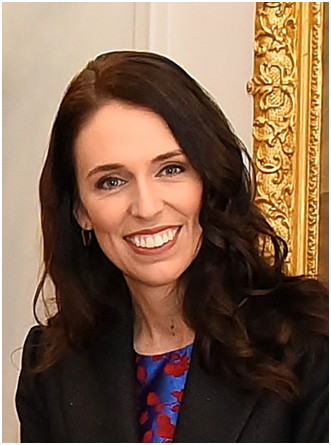 A very important aspect of the success of Ardern is that she made it to the top on her own, without the benefit of being attached to a famous surname.

Throughout the history the women have managed to punch holes in the glass ceiling from time to time but that did not lead to any major breakthrough for the majority.

It takes the institutionalization of the mindset to change the attitudes of a society. This is happening now. The glass ceiling is noticeably cracked now but we are still some distance from smashing it altogether.

Here are some women, some from the distant past and some from our own times, who are an inspiration to us all: 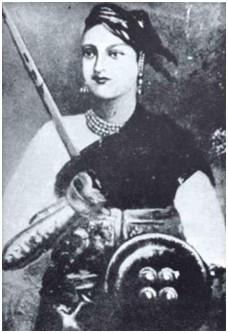 Lakshmibai, the Ranee of Jhansi in cavalry uniform. Portrait from late 1800s.

Lakshmibai, the Rani of Jhansi (1828-1858) was the queen of India’s Jhansi State, and one of the leaders of the Indian Rebellion of 1857, also known as India’s First War of Independence against British rule. Referred to as “the Indian Joan of Arc”, Rani Lakshmibai became a symbol of resistance for leading her army in first direct confrontations with the occupiers. 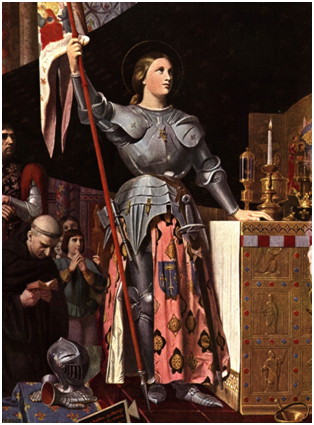 Joan of Arc (1412-1431) was a French heroine and a saint to Roman Catholics. She claimed to have mystical visions and rallied French troops to defeat the English in the Battle of Orleans among others. She was eventually betrayed to the English and burned at the stake. Her unflinching faith and role in liberating the French from the English invasion has accorded Joan of Arc mythic status. 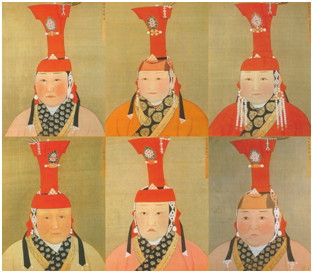 The Mongol Empresses of the Yuan Dynasty

Borte Ujin (1161-1230) was the wife of Genghis Khan and empress of the Mongolian Empire, the largest land empire in history. She was one of Genghis Khan’s most trusted advisors and ruled the Mongol homeland in the long periods when he’d be away at war. 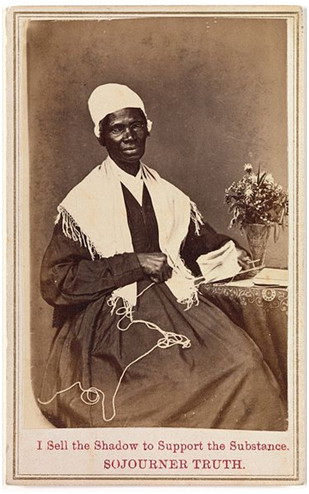 Sojourner Truth (1797–1897) was born into slavery but escaped to freedom and became one of the most noted African-American women speakers on issues of civil rights and abolition.

She was deeply religious and felt a calling from God to travel America speaking on slavery and other contemporary issues. At 6ft tall, she was a striking presence and used her powerful oratory to awaken the conscience of America to the injustice of slavery and discrimination.

In a long and very challenging career, she shattered many myths and in doing so changed the course of history. She said,  “Why don’t some of you stir ’em [the government] up as though an old body like myself could do all the stirring.” 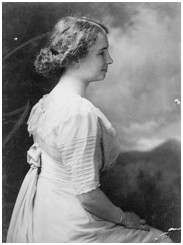 Helen Keller (1880-1968) was an American author, political activist and campaigner for deaf and blind charities. Helen became deaf and blind as a young child and had to struggle to overcome her dual disability. However, she became the first deaf-blind person to attain a bachelor’s degree and became an influential campaigner for social, political and disability issues. Her public profile helped de-stigmatise blindness and deafness, and she was seen as a powerful example of someone overcoming difficult circumstances.

“Once I knew the depth where no hope was, and darkness lay on the face of all things. Then love came and set my soul free. Once I knew only darkness and stillness. Now I know hope and joy.”  – Helen Keller, On Optimism (1903) 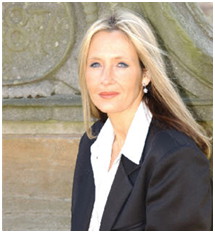 J.K Rowling was born in Chipping Sodbury, July 31st, 1965. Her childhood was generally happy, although she does remember getting teased because of her name, “Rowling” – She recalls often getting called “Rowling pin” by her less than ingenious school friends. J.K. Rowling says she never really warmed to her own name, although, she does remember having a fondness for the name Potter from quite an early age. J.K.Rowling studied at St Michael’s Primary School in Gloucestershire, before moving to Chepstow, South Wales at the age of nine.

From an early age, J.K. Rowling had the ambition to be a writer. She often tried her hand at writing, although little came from her early efforts. Aged six she wrote a book about a rabbit with measles. After her mother praised her effort, Rowling replied ‘well get it published then.’ She admits it was a ‘Bit of an odd thing for a child of six to think. I don’t know where it came from…”

It was in 1990 that J.K.Rowling first conceived of the idea about Harry Potter. As she recalls, it was on a long train journey from Manchester to London when she began forming in her mind, the characters of the series. At the forefront, was a young boy, at that time not aware that he was a wizard. The train was delayed for over four hours, but she didn’t have a pen and was too shy to ask for one nothing,

“To my immense frustration, I didn’t have a pen that worked, and I was too shy to ask anybody if I could borrow one.”

Rowling is perhaps the only female author to become a billionaire on the strength of her writing alone but she has donated most of her wealth to the charities.

The Harry Potter brand is estimated to be worth about USD 7 billion. /// nCa