Ashgabat, 29 September 2017 (nCa) — In a grand ceremony Thursday, President Berdymuhamedov conferred awards and titles on the medal winners and coaches of Ashgabat 2017. They were also given automobiles and cash prizes in recognition of their achievements at the Games.

[The complete list of the recipients of awards and titles, and cash prizes and automobiles has been published by the print media of Turkmenistan. Among them, there are four foreign coaches from Germany, Russia, Turkey, and Uzbekistan.] 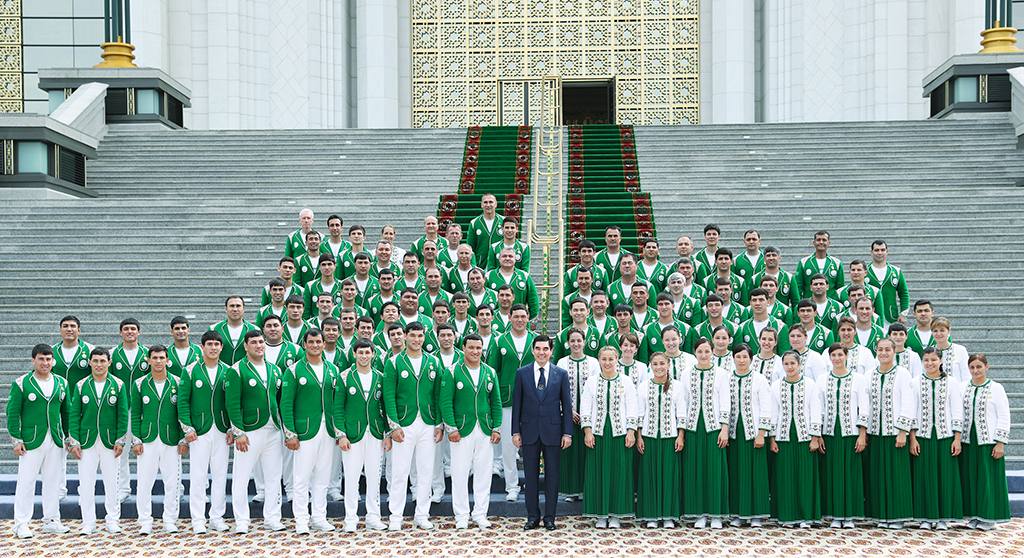 Before the award ceremony, the Turkmen president made a speech. Here are the main points:

It took Turkmenistan less than twenty-four hours from the closing ceremony of Ashgabat 2017 to thank and reward the winners of the Games and their trainers. —– This was the right step to secure the legacy seamlessly.

The legacy we are talking about is composed of a number of elements: 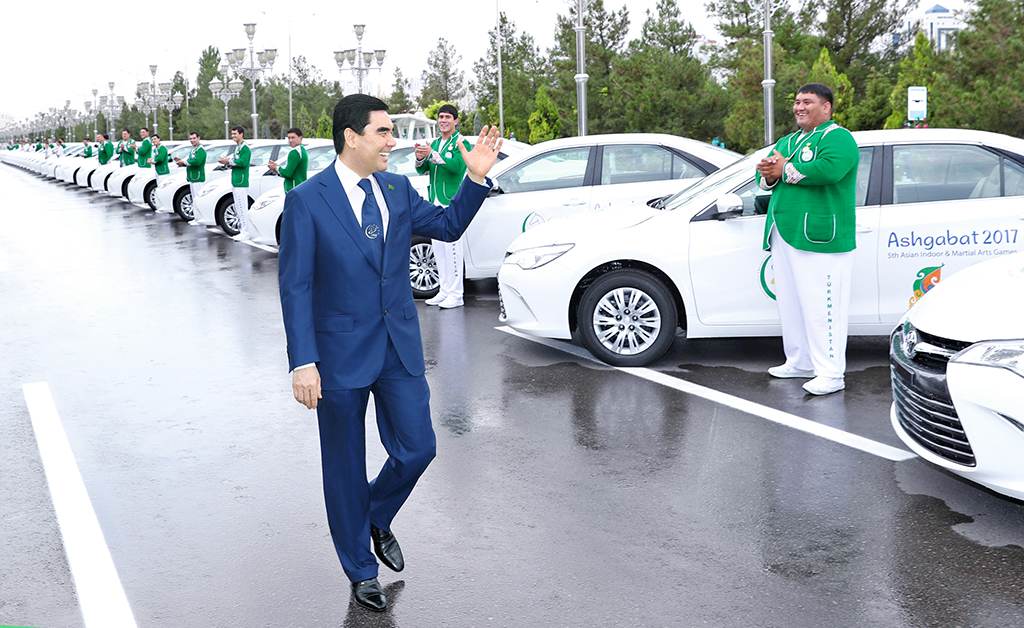 This is enormous legacy and it must be secured and augmented. The first step has been taken already by rewarding generously the winners and trainers.

One way of building on this legacy is to continue hosting international sporting events at regular intervals. We believe that there are talks already to host a sizeable sporting event as early as next year.

Sports cannot be separated from the other aspects of life. The holistic approach that underpins the foreign policy of Turkmenistan should be at play here.

Many of the countries that participated in the Games are good trading partners of Turkmenistan. There are many more that have the great potential to partner with Turkmenistan in different areas. The contacts made during the Games should be used for setting in motion the new processes.

Of the hundreds of foreign journalists there were many who demonstrated their objectivity and integrity through their positive reporting. There is the need to keep in touch with such journalists.

It would be useful to establish a high power commission to determine how best to preserve and expand the legacy of the Games. /// nCa