On 20 September 2022, the Ministry of Investments and Foreign Trade of Uzbekistan hosted a meeting with a delegation of the UN Economic and Social Commission for Asia and the Pacific (ESCAP).

The sides discussed the development of the transport corridor Uzbekistan – Turkmenistan – Iran – India through the port of Chabahar, the ministry’s press service reports. 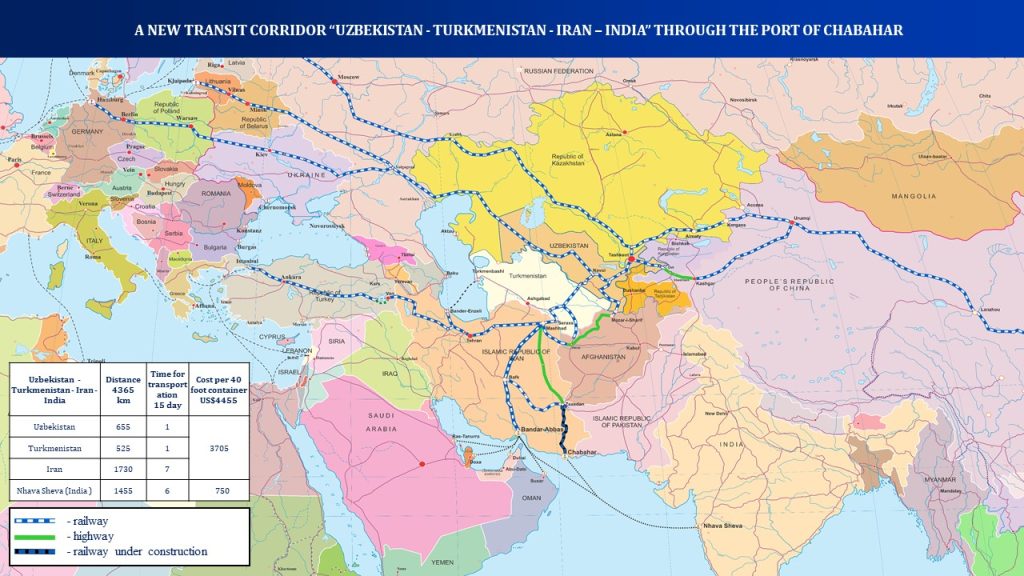 During the negotiations, an agreement was reached on the working out of a feasibility study for a new transport route.

The railway-highway corridor Uzbekistan-Turkmenistan-Iran-India will be 4365 km long in total, with a 525 km segment running through Turkmenistan. The travel time is estimated to be 15 days.

The corridor will be set up to service the growing trade between Uzbekistan and India, which is expected to reach US $ 1 billion in the near future.

A week ago, Iran and Uzbekistan signed a memorandum of understanding on the implementation of international cargo transportation and transit through the port of Chabahar.