You are here: Home / Articles And Reports / President of Turkmenistan met with the head of CNPC

President of Turkmenistan Serdar Berdimuhamedov received a member of the Board, President of the China National Petroleum Corporation (CNPC) Hou Qijun.

The head of CNPC confirmed the interest of Chinese partners in enhancing mutually beneficial cooperation with Turkmenistan, built on a long-term basis.

The Chinese business community is keen to expand its presence in the promising Turkmen market and is ready to involve in the implementation of large-scale programs and major infrastructure projects carried out in the country, he said. 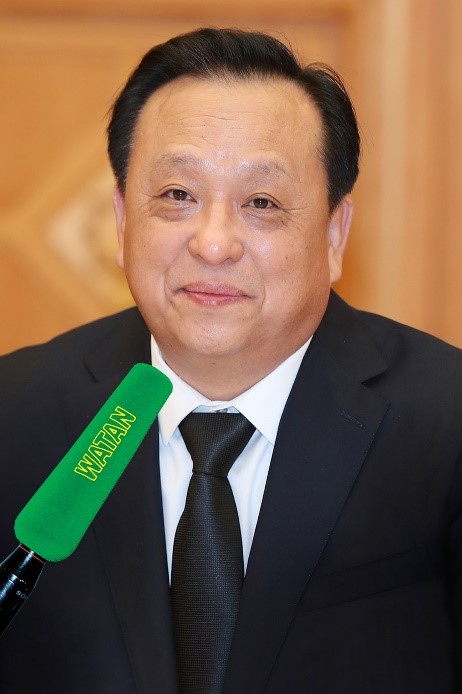 President Serdar Berdimuhamedov stressed that neutral Turkmenistan, which consistently pursues the open doors policy, pays great importance to the development of traditionally friendly relations with China, which are of a strategic nature.

The key areas of Turkmen-Chinese cooperation are political and diplomatic, trade and economic, fuel and energy, transport and communication, logistics, industrial, technological, humanitarian and cultural spheres.

The parties discussed the prospects of bilateral cooperation. Hou Qijun informed the Turkmen leader on the pace of realization of projects, including the industrial development of deposits in the contractual territory of Bagtyyarlyk and giant Galkynysh field.  The importance of the agreements related to the development of the second stage of the Galkynysh field and construction of fourth branch (Line D) of the Turkmenistan–China transnational gas pipeline was noted.

The head of CNPC expressed gratitude to President Serdar Berdimuhamedov for participating in the commissioning ceremony of the Gadyn gas collection station in the Lebap province.

It was stressed that cooperation in the field of energy also has favorable prospects in the context of interlinked initiatives of the two countries – the Chinese Belt and Road Initiative and Turkmenistan’s strategy for the revival of the Great Silk Road.

The head of CNPC expressed his best wishes to the head of state, as well as the Chairman of the Halk Maslahaty of Milli Gengesh Gurbanguly Berdimuhamedov.