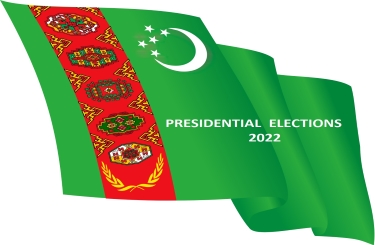 The candidates in the presidential elections continue to meet the voters as about 11 days are left to the elections.

The print media of Turkmenistan is publishing the manifesto of each candidate. There are great areas of similarities with minor differences in the messages of the candidates. All of them support the current pace and direction of the development of Turkmenistan and the policies of President Berdimuhamedov.

The election commission has completed the door-to-door confirmation of the residential address of the voters. There were several purposes for doing so: 1. Updating the data in the voters’ list; 2. Collecting the information whether they are in the country or abroad; 3. Finding if someone is unable to come to the polling station on the day of elections because of medical or any other reasons so that arrangements can be made for them to cast their vote at the place of their residence; etc.

Simultaneously, the election commission of Turkmenistan, in cooperation with the foreign office of Turkmenistan, is preparing to establish polling stations abroad for the Turkmens outside the country to cast their vote.

On 27 Feb, DPM and foreign minister Rashid Meredov held a video meeting with the heads of Turkmen diplomatic missions abroad. He told them that 41 polling stations will be formed in 30 countries.

A group of observers from Russia has arrived on 25 Feb for the presidential elections. CIS observer group will also travel to Turkmenistan.

The Turkmen media reports that on 25 Feb, with the support of the OSCE Center, a series of seminars and trainings for representatives of the Central Election Commission of Turkmenistan and other government departments on best practices in conducting electoral processes began.

Representatives of the UN system are also invited to take part in these events, in particular, the Electoral Assistance Division of the UN Department for Political and Peacebuilding Affairs, according to the website of the Ministry of Foreign Affairs of Turkmenistan. /// nCa, 28 February 2022