Home » OP-ED: THE SPUTNIK VACCINE AS A LIFESAVING GLOBAL PARTNERSHIP 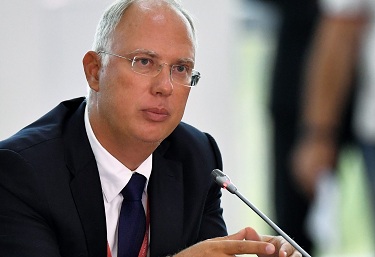 The “Sputnik moment” has happened. The Russian vaccine “Sputnik V” has been launched becoming the world’s first registered COVID-19 vaccine and evoking memories of the 1957 shock launch of a Soviet satellite, which opened space to exploration by humans. This new era led not only to competition but also to many collaborative efforts, including the joint Apollo-Soyuz mission by the United States and the Soviet Union.

A COVID-19 vaccine is the world’s number one priority and many countries, organizations and companies claim they are close to developing one. By the end of this year some other countries may have their own vaccines. It is important that political barriers do not prevent the best available technologies from being used for the benefit of all people in the face of the most serious challenge humankind has faced in decades.

Unfortunately, instead of looking into the science behind the proven adenoviral vector-based vaccine platform Russia has developed, some international politicians and media chose to focus on politics and attempts to undermine the credibility of the Russian vaccine. We believe that such an approach is counter-productive and call for a political “ceasefire” on vaccines in the face of COVID-19 pandemic.

It is not broadly known worldwide that Russia has been one of the global leaders in vaccine research for centuries. Russian Empress Catherine the Great set an example in 1768 when she received the country’s first smallpox vaccination, 30 years before the first vaccination was done in the United States.

In 1892 Russian scientist Dmitri Ivanovsky observed an unusual effect while studying tobacco leaves infected with a mosaic disease. The leaves remained infectious even after the scientist filtered out the bacteria. Although it was still almost half a century before the first virus could be seen through a microscope, Ivanovsky’s research gave birth to a new science called virology.

Since Ivanovsky’s discovery, Russia has been one of the global leaders in virology and vaccine research, producing scores of talented scientists such as researcher Nikolay Gamaleya, who studied at the laboratory of French biologist Louis Pasteur in Paris and opened the world’s second vaccination station for rabies in Russia in 1886.

The Soviet Union continued to support research into viruses and vaccines. Everyone born after the Second World War received mandatory vaccinations against polio, tuberculosis and diphtheria. In a rare example of Cold War era cooperation, three leading Soviet virologists went to the United States in 1955 to offer testing opportunities in the Soviet Union for a U.S. vaccine against polio, a deadly disease which claimed millions of lives. If we were able to cooperate then, we can and must do it again now.

Decades of efforts by Russian and Soviet scientists led to the creation of an excellent research infrastructure, such as the National Center of Epidemiology and Microbiology named after Nikolai Gamaleya. This infrastructure ranges from one of the richest “virus libraries” in the world, created using a unique preservation technique, to experimental animal breeding centers. We are proud of this legacy, which allowed us to create the first approved COVID-19 vaccine in the world. We already received international requests for 1 bln doses of our vaccine and reached international agreements to produce 500 mln doses annually with the intention to ramp it up.

Today, many Western media and politicians question the speed of the COVID-19 vaccine creation  in Russia, raising doubts about its efficacy and authenticity. The secret behind this speed is Russia’s expertise in vaccine research. Since the 1980s, the Gamaleya Center has led the effort to develop a technological platform using adenoviruses, found in human adenoids and normally transmitting the common cold, as “vectors” or vehicles, which can induce a genetic material from another virus into a cell. The gene from adenovirus, which causes the infection, is removed while a gene with the code of a protein from another virus is inserted. This inserted element is small, not a dangerous part of a virus and is safe for the body but still helps the immune system to react and produce antibodies, which protect us from the infection.

The technological platform of adenovirus-based vectors makes it easier and faster to create new vaccines through modifying the initial carrier vector with genetic material from new emerging viruses. Such vaccines provoke a strong response from a human body in order to build immunity while the overall process of vector modification and pilot-scale manufacturing takes only a few months.

Human adenoviruses are considered some of the easiest to engineer in this way and therefore they have become very popular as vectors. Since the start of the COVID-19 pandemic all Russian researchers had to do was to extract a coding gene from the spike of the novel coronavirus and implant it into a familiar adenovirus vector for delivery into a human cell. They decided to use this already proven and available technology instead of going into uncharted territory.

The most recent studies also indicate that two shots of the vaccine are needed to create a long-lasting immunity. Since 2015 Russian researchers have been working on a two-vector approach hence the idea to use two types of adenoviral vectors, Ad5 and Ad26, in the COVID-19 vaccine. In this way, they trick the body, which has developed immunity against the first type of vector, and boost the effect of the vaccine with the second shot using a different vector.   It is like two trains trying to deliver an important cargo to a fortress of a human body which needs the delivery in order to start producing antibodies. You need the second train to make sure the cargo reaches its destination. The second train should be different from the first one, which already came under attack from the body’s immune system and is already familiar to it. So, while other vaccine makers have only one train, we have two.

With its two-vector approach the Gamaleya Center also developed and registered a vaccine against Ebola fever. This vaccine has been used on several thousand people over the last few years creating a proven vaccine platform that was used for the COVID-19 vaccine. Аbout 2,000 people in Guinea received injections of Gamaleya vaccines in 2017-18 and the Gamaleya Center has an international patent for its Ebola vaccine.

The Gamaleya Center used adenoviral vectors to develop vaccines against influenza and against Middle East Respiratory Syndrome (MERS). Both vaccines are currently in advanced stages of clinical trials. These achievements show that Russian labs did not waste their time in the last few decades while the international pharmaceutical industry often underestimated the importance of new vaccines research in the absence of global health threats prior to the COVID-19 pandemic.

Other countries follow in our footsteps developing adenoviral vector-based vaccines.  Oxford University is using an adenovirus from a monkey, which has neither been used in an approved vaccine before unlike human adenoviruses. U.S. company Johnson & Johnson is using adenovirus Ad26 and China’s CanSino – adenovirus Ad5, the same vectors the Gamaleya Center is using, but they are yet to master the two-vector approach. Both companies already received large orders for vaccines from their governments.

The use of two vectors is the unique technology, developed by the Gamaleya Center scientists, which differentiates the Russian vaccine from other adenoviral vector-based vaccines under development around the world. Vaccines based on adenoviral vectors also have clear advantages over other technologies such as mRNA vaccines.

Prospective mRNA vaccines, undergoing clinical trials in the United States and other countries, do not use vectors for delivery and represent an RNA molecule with coronavirus protein code wrapped in a lipid membrane. This technology is promising but its side effects, especially an impact on fertility, have not yet been studied in depth. No mRNA vaccine has yet received regulatory approval in the world. We believe that in the global vaccine race to fight coronavirus adenoviral vector-based vaccines will be the winners but even in this category the Gamaleya vaccine has the edge.

The Russian vaccine is now ready and registered. The first two phases of clinical trials are over and their results will be published this month in line with international requirements. These documents will provide detailed information about the vaccine, including the exact levels of antibodies as shown by several third-party tests as well as by Gamaleya’s proprietary test, which identifies the most efficient antibodies attacking the spike of coronavirus. They will also show that all the participants of the clinical trials developed a 100 percent immunity to COVID-19. Studies on Syrian hamsters, animals which usually die from COVID-19, showed 100% protection and an absence of lung-damage after they received a lethal infection dose. After the registration we will conduct international clinical trials in 3 other countries. Mass production of the vaccine is expected to start by September and we already see strong global interest in the vaccine.

Skepticism among international media and politicians has surfaced just as Russia announced its plans for mass COVID-19 vaccine production.  When I spoke with Western media many refused to include key facts about the Russian COVID-19 vaccine research in their stories. We view this skepticism as an attempt to undermine our efforts to develop a working vaccine, which will stop the pandemic and help to re-open the global economy.

It is not the first time Russia has faced international mistrust over its leadership in science when politics stand in the way of scientific breakthroughs and put public health at risk. During the polio outbreak in Japan in the 1950s Japanese mothers whose children were dying from polio, went to demonstrate against their own government, which banned imports of Soviet polio vaccine for political reasons. The protesters achieved their goal and the ban was lifted saving the lives of more than 20 million Japanese children.

Today politics again stand in the way of the Russian technology, which can save lives around the world. Russia is open to international cooperation in fighting this and future pandemics. In the words of a Soviet delegate at the international conference on polio vaccines in Washington in 1960 who said in response to questions from the audience about the vaccine’s safety that we in Russia “love our children and are concerned for their wellbeing as much as people in the United States, or any other part of the world are for their children”. After these words the Soviet delegation received a standing ovation from the audience and joint work on vaccines continued. The wellbeing and prosperity for future generations is what we need to think about now. All countries in the world need to leave politics behind and focus on finding the best solutions and technologies in order to protect lives and resume economic activity. Our fund has already secured manufacturing partnerships in 5 countries to jointly produce the Russian vaccine. Maybe at some point thanks to this partnership in fighting COVID-19 we can also review and abandon the politically motivated restrictions on international relations, which have become obsolete and represent an obstacle to coordinated efforts in dealing with global challenges.  ///Origially published at the official website of Russian Covid-19 vaccine www.sputnikvaccine.com