You are here: Home / Articles And Reports / Turkish embassy hosts reception to mark 96th anniversary of Proclamation of the Republic of Turkey

Ambassador Mustafa Kapucu of Turkey hosted a reception on 29 October 2019 to mark the 96th anniversary of the proclamation of the Republic of Turkey.

Deputy Chairman of the Cabinet of Ministers of Turkmenistan Mr. Çarımurat Purçekov

As we celebrate the 96th anniversary of the proclamation of our Republic, I present my gratitude to all of you for joining us and sharing our joy today.

The Republic of Turkey is the achievement created by Turkish people’s unique struggle, proud stance, patriotism and the will of living independently under the leadership of Atatürk.

Established in impossibilities by a nation of 13 million, the Republic of Turkey has currently turned into an important power in its region and beyond. Through its young and educated population reaching 81 million, competitive labor force, dynamic private sector and high-tech infrastructure, Turkey has successfully carried out big development initiatives, and has become the world’s 18th and the Europe’s 7th biggest economy.

The struggle by the Turkish Nation against heinous coup attempt on 15 July 2016 that targeted our independence proved once again how solid the foundations of the Republic of Turkey were.

Within the scope of its increasing potential and skills, the Republic of Turkey pursues a foreign policy with an “Enterprising and Humanitarian” approach to ensure security, stability and prosperity in its immediate vicinity and at the international level.

In the framework of Turkey’s fight against terrorist organizations such as FETÖ, DAESH, PKK, PYD/YPG, the Operation Peace Spring, launched on 9th October 2019, aims to take necessary measures pursuant to our national security, to enforce Syria’s peace, stability, and territorial integrity, to liberate the local population from oppression of terrorist organizations and to lay the ground for safe and voluntary returns of displaced Syrians.

The Operation Peace Spring is carried out on the basis of international law, in accordance with our right of self-defense as outlined in Article 51 of the UN Charter and the relevant UN Security Council resolutions on counter- terrorism. The operation aims to establish a safe zone on our joint borders with Syria.

By virtue of its historical trait, Turkey is currently the top refugee-hosting country in the world. Turkey hosts over 4 million Syrian refugees. This is not an exception. Turkey has opened its doors to nations who fled persecution since 1454.

On 16 March 1988, more than 5.000 Kurdish people including women and babies were massacred at the chemical attack against Halabja, while Turkey hosted 500.000 Kurds who fled this violence.

Today, the total amount spent so far on the Syrian refugees with contributions of NGOs and municipalities, has reached nearly 40 billion US Dollars.

According to the Global Humanitarian Assistance Report, Turkey has remained as the “most generous donor country of the world” with its official humanitarian aid of 8.07 billion US Dollars in 2018.

The brotherly relations between the Turkish and Turkmen people have a long and deep-rooted history, and rely on “one nation two states” principle. The Republic of Turkey has always experienced the pride and privilege of being the first country to recognize Turkmenistan after its independence and to open its Embassy in Ashgabat. Turkey has also been among the leading countries to support Turkmenistan’s status of permanent neutrality, and has sincerely supported the steps towards strengthening of Turkmenistan’s independence.

The relations between our countries are based on mutual respect, cooperation and mutual interests. Turkey fully supports Turkmenistan’s economic and social development projects and its active neutrality policy. Turkey believes that these policies make a great contribution to the prosperity and development of the Turkmen people. Turkey and Turkmenistan display a model cooperation towards peace and stability in the world at the UN and other international organizations, especially with regard to the regional issues.

The relations between Turkey and Turkmenistan have continued to develop on political, commercial, economic, educational, cultural, social, and other areas since the early years of Turkmenistan’s independence.  To this date, more than one hundred bilateral agreements, which constitute the legal basis of the intense cooperation in these areas, have been signed between the two countries.

The Turkish companies in Turkmenistan, along with their Turkmen brothers, keep contributing to the development efforts carried out under the Auspices of His Excellency President Gurbangulu Berdimuhamedov.

The common culture and language heritage, together with the bilateral cooperation on culture and education based on this common heritage is of special importance in Turkish-Turkmen relations. The Turkish-Turkmen School, which have been conducting its activities thanks to the valuable support of Turkmenistan since 1992, is among of the most successful examples of our cooperation on culture and education. This school consolidates the brotherhood of Turkmen and Turkish people, and ensures that the common values and traditions would be passed to the next generation.

I firmly believe that the strong cooperation between the Republic of Turkey and Turkmenistan will continue to develop in the future through all our efforts.

With these feelings and thoughts, I commemorate with gratitude and blessing all our veterans, particularly Ghazi Mustafa Kemal Ataturk and his comrades-in-arms, the founder of our Republic, who devotedly fought to make these territories our homeland, and all our fallen who sacrificed their lives for this cause.

I would like to close my remarks as I cordially congratulate our Republic Day and I wholeheartedly greet you with respect and love.

Now, I would like to read the message of His Excellency President of Turkey Recep Tayyip Erdogan for Republic Day.

I would like to congratulate the Republic Day of our citizens, who live in 81 provinces  of our country and abroad.

I thank to all our friends who share the joy of this very important milestone of our history with us.

Happy 96th anniversary for the proclamation of our Republic.

I remember with respect all our heroes, to start with Gazi (Veteran) Mustafa Kemal Atatürk, who contributed to the victory in our Independence War with a century-old glorious past and to the foundation of our new state.

Turkey is a country that has maintained its struggle for independence from beginning till the end through the National Assembly, which represents the national will.

I would like to express my gratitude to all the deputies who have worked for the development, strengthening and progress of our country so far from our Grand National Assembly, which will celebrate its 100th anniversary next year.

I wish Allah’s mercy upon our martyrs who  paid the price so that we could live in the most favorite and disputed geographical area of the world for a housand years.

As a nation and as a state, we have been in a historical struggle again in recent years in order to protect our existence and our future.

All the events we have experienced such as the attacks of terrorist organizations, the treacherous coup attempt of July 15th and others  are manifestations of this historical struggle.

Operation Euphrates Shield, Operation Olive Branch and the Operation Peace Spring, which we conduct in Syria, are also parts of this struggle.

We are conducting a struggle similar to our Independence War, which we started a century ago and crowned by establishing our new Republic, with different images and methods.

All kinds of plots and mischief aimed at disrupting our national unity and solidarity are displayed.

The security of our borders, our economy and similar important issues are under multi-faceted attacks which target our sovereignty and continue uninterrupted.

Turkey, with its long history, its deeply rooted governing experience and almost century-long accumulations as a Republic, has the power, capability and determination to overcome all these problems.

As a matter of fact, with the help of Allah, with the support of our nation, we foiled all the traps set against our country one by one.

I sincerely believe that we will successfully conclude this important process as well, in accordance with the vision of those who left our Republic to us as a legacy.

By bringing our country to its 2023 goals, we will give the next generations the opportunity to fulfill their 2053 and 2071 visions.

Hopefully, we will move our Republic forward in a much stronger and more prosperous manner. May Allah’s compassion and mercy be upon us.

With these feelings, I congratulate once again the 96th anniversary of the Proclamation of our Republic. May you be blessed with good health. /// nCa, 30 October 2019 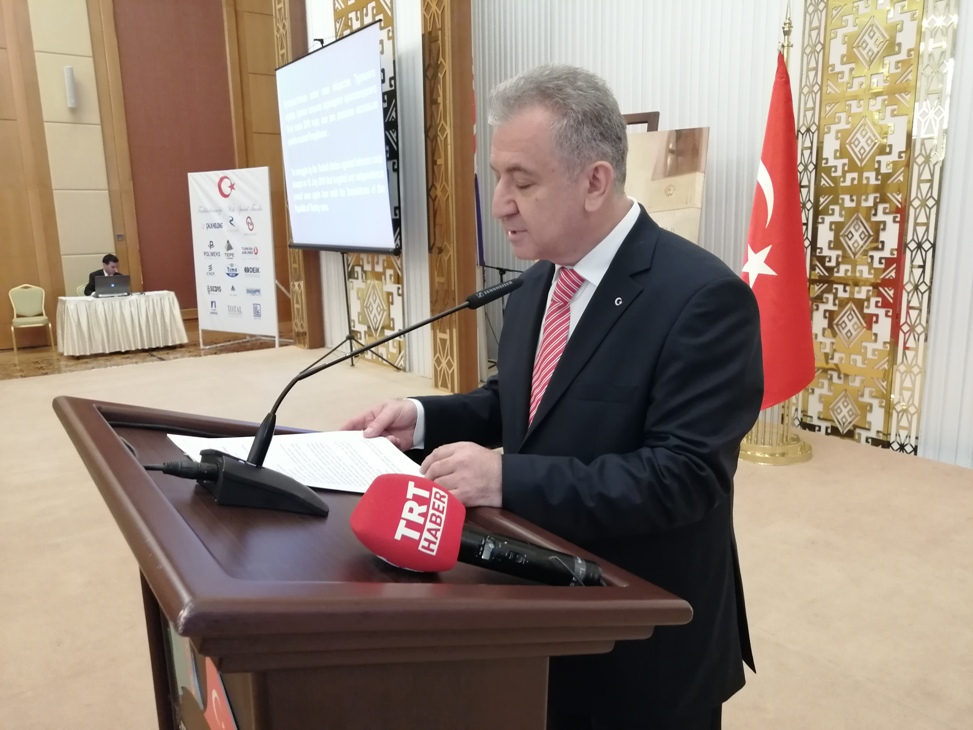 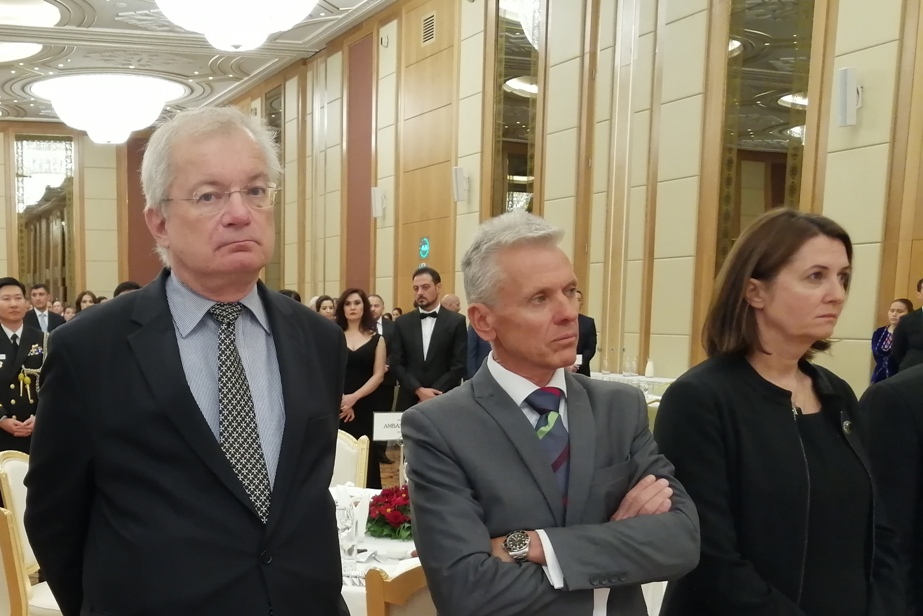 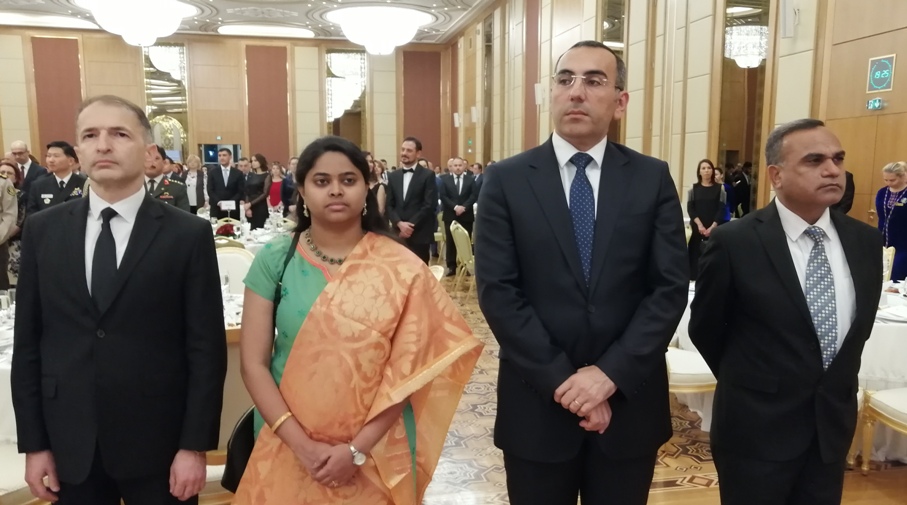 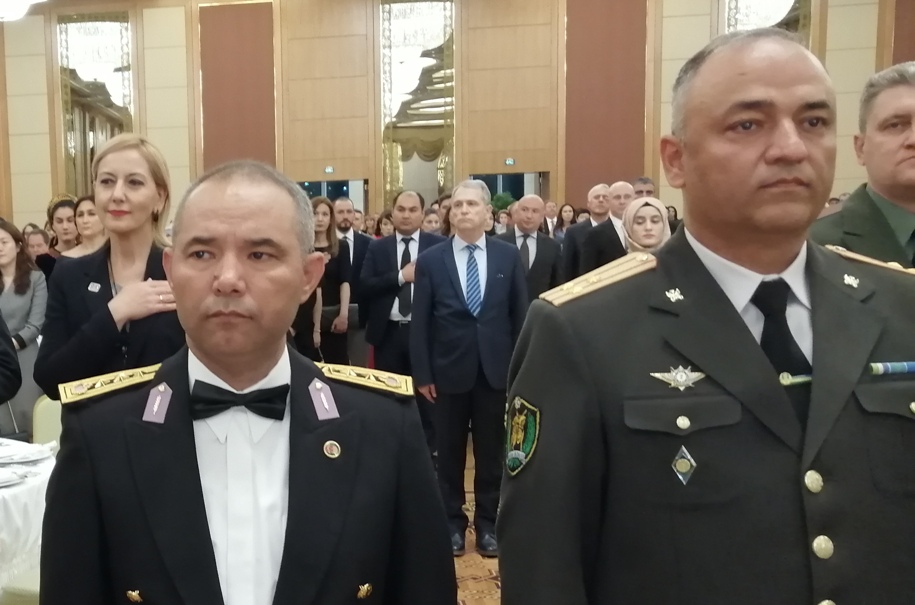 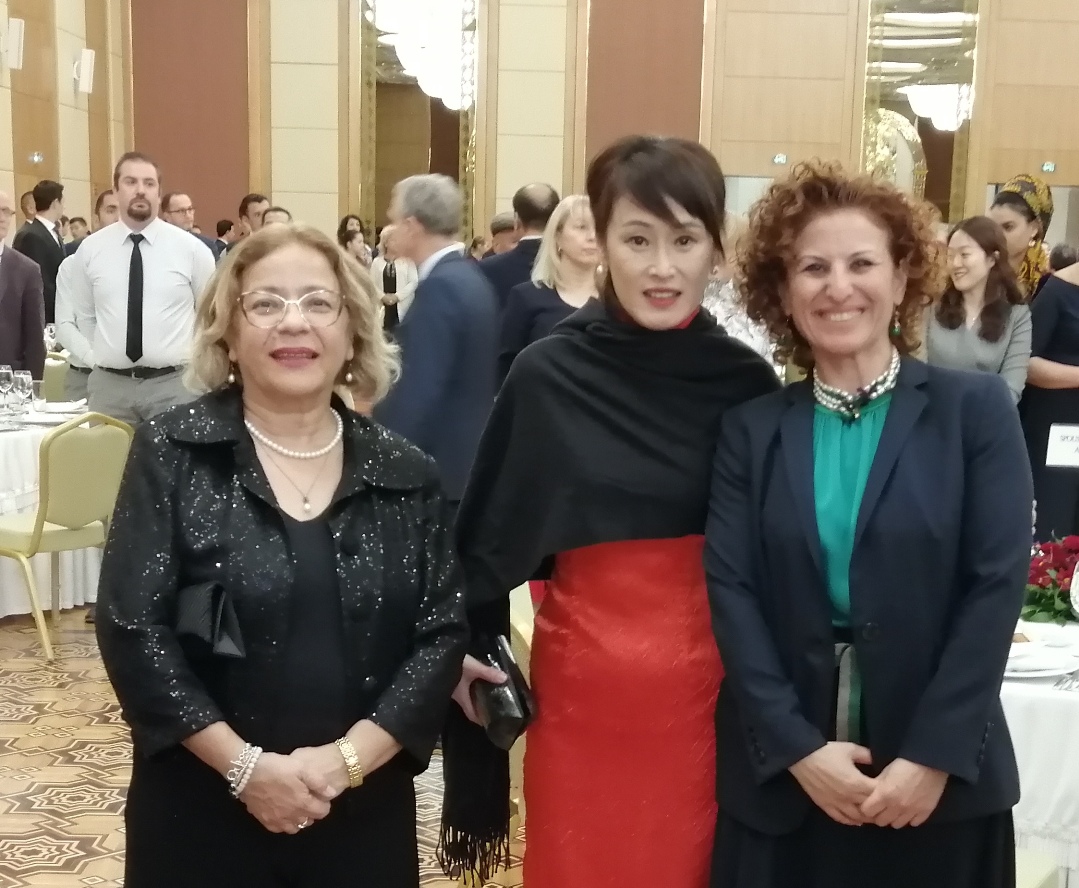 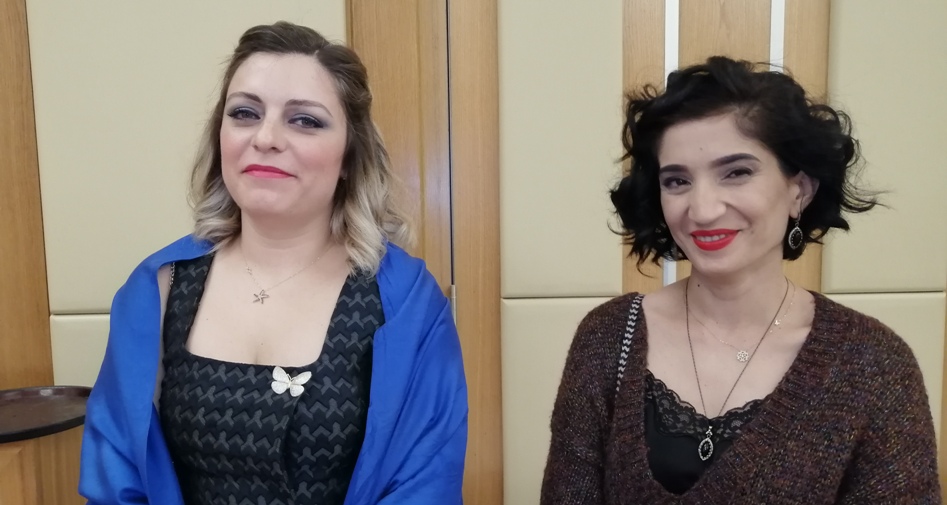 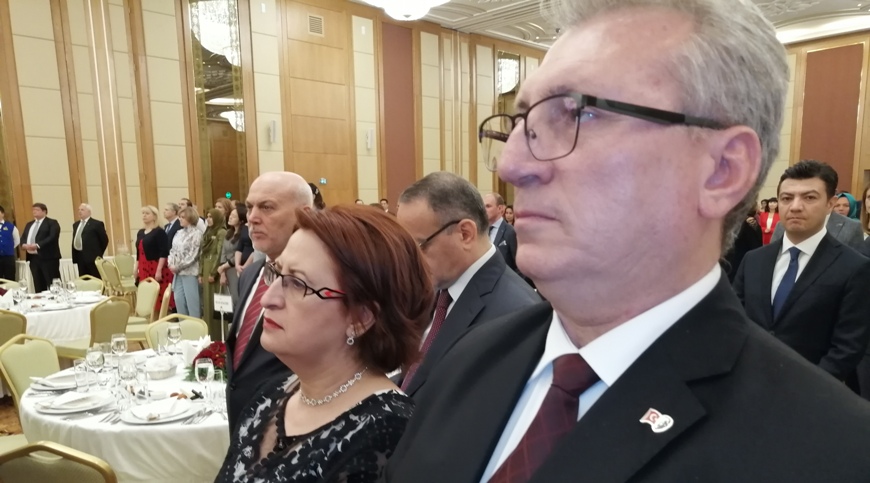 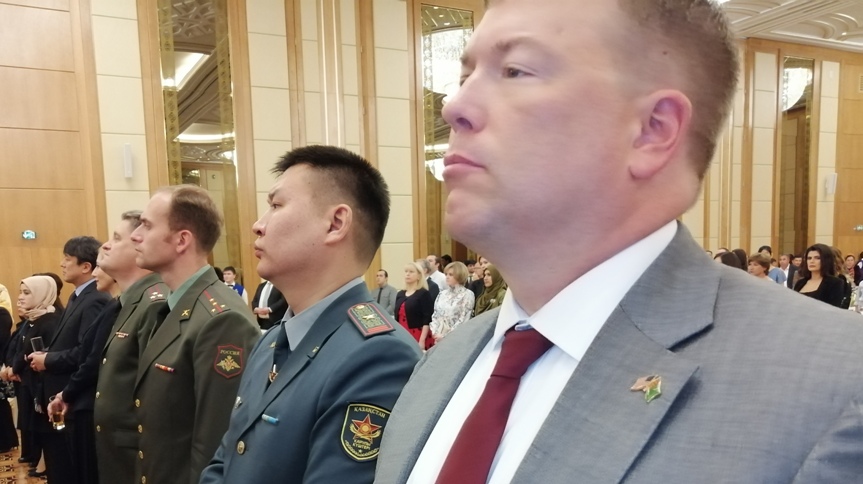 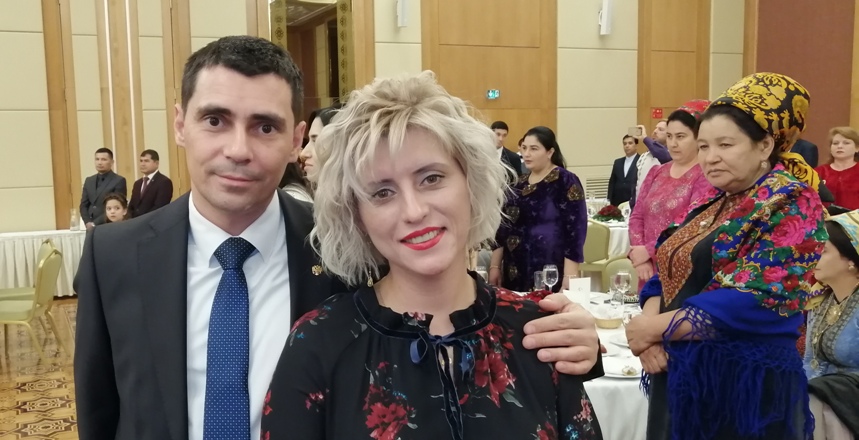