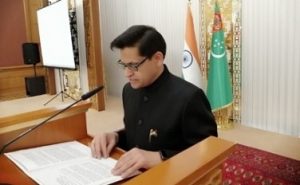 Ambassador Azar A. H. Khan of India hosted a reception on 24 January 2020 to mark the 71st Republic Day of India.

A very warm welcome to all of you at our 71st Republic Day reception.

January 26 is very historic for India as we adopted our Constitution, securing justice, liberty and equality to all our citizens. These values continue to guide us, and Indians today are proud citizens of the largest, most diverse and vibrant democracy in the world.

India, being one of the oldest civilizations, has secured a unique and respected place in the comity of nations since our Independence on August 15, 1947. India is committed to tolerance, harmony, equality, justice, and the rule of law. We are now a 1.3 billion strong young nation. While our per capita income has shown a ten-fold increase, literacy rate has shown a four-fold increase. Since its Independence, India has made great strides in ensuring the economic and social well-being of its people and contributed to the global peace, security and prosperity.

India is the second largest reservoir of scientific and technical manpower, the sixth member of the nuclear club, the sixth member in the race for space, and the tenth largest industrial power. From a net food grains importing country, India is now a leading exporter of food commodities. Under the leadership of our Prime Minister Mr. Narendra Modi, India is firmly set on a robust economic growth path. India has taken a number of new initiatives as our PM’s call for ‘New India’ with programmes ‘Make in India’ and ‘Skill India’, ‘Digital India’ and ‘Clean India’ etc.

“… the highest stage of India’s nation building project is to contribute to building a better world – a composite and cohesive world, a world at peace with itself and at peace with nature. This is the ideal of Vasudhaiva Kutumbakam – of the World being One Family.

With a population of approx. 270 million middle class, the global corporations view India as one of the key markets from where future growth is likely to emerge. The growth in India’s consumer market would be primarily driven by a favourable population composition and increasing disposable incomes. A study by the McKinsey Global Institute (MGI) suggests that if India continues to grow at the current pace, average household incomes will triple over the next two decades, making the country the world’s fifth-largest consumer economy by 2025.

Half of India’s population is under the age of 25. This demographic dividend translates into a big and skilled labour force. India’s middle class of 270 million already represents one of the biggest consumer markets in the world. By 2040, nine out of every ten Indians will belong to global middle class group.

India and Turkmenistan enjoy excellent bilateral relations which are further strengthened by the shared historical links. The relations witnessed further boost with  the visit of Prime Minister Mr. Narendra Modi in July 2015 following the visit of  Esteemed President of Turkmenistan in 2010. The Yoga and Traditional Medicine Ayurveda Centre established during our PM’s visit is very popular in Ashgabat with 2800 registered yoga enthusiast. Apart from Indian Yoga and Ayurveda experts, we have also deputed a Hindi language teacher at Azadi Institute of World languages, Ashgabat. The Embassy in coordination with the Government of Turkmenistan organised several events like International Day of Cycling, Bollywood dance show, vegetarian food festival, the latest being Indian vegetarian food festival where two Chefs presented vegetarian dishes at Hotel Yyldyz. The master class by the Chefs was a very popular event.

Most recent interaction was by our late External Affairs Minister with H.E. Mr. Rashid Meredov, Deputy Chairman of the Cabinet of Ministers and Foreign Minister during the First India – Central Asia Dialogue at the level of Foreign Ministers held in Samarkand, Uzbekistan on 12 – 13 January 2019. As agreed in Samarkand, the formal launch of India Central Asia Business Council has now been scheduled on February 6, 2020. Our External Affairs Minister has agreed to Chair the event which will be attended by Turkmenistan Chamber of Commerce and Industry.

I would like to take this opportunity to express my gratitude to the government of Turkmenistan for their cooperation in successfully running the Yoga and Traditional Medicine Centre, Hindi Chair at Azadi Institute of World Languages, Turkmenistan India Industrial Training Centre and IT Centre and our other initiatives.

India and Turkmenistan have been cooperating in the International fora. India was one of the co-sponsors of various initiatives proposed by Turkmenistan at the UNGA, the latest being the resolution for declaration of 2021 as ‘International Year of Peace and Trust’ at the 73rd Session of UNGA on August 22, 2019. Turkmen journalists visited India in April 2019 as part of familiarisation visit for Central Asian Journalists which was announced during the 1st India-Central Asia Dialogue held in Samarkand. A 10-member Turkmen folk artist group performed in the 6th edition of International Folk Dance & Music Festival in India in December 2019.

An Indian delegation participated in the 31st Plenary meeting of the Eurasian Group on Combating Money laundering and Terror Financing in Ashgabat on 25-26 November 2019.

On this occasion of our National Day, I have the honour to convey best wishes to the friendly people of Turkmenistan and wish esteemed President Gurbanguly Berdimuhamedov good health, long life and success in his endeavors.

Best wishes to all of you for a wonderful New Year 2020. 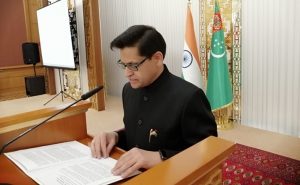 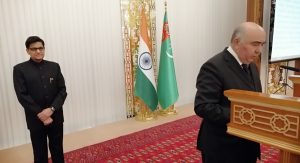 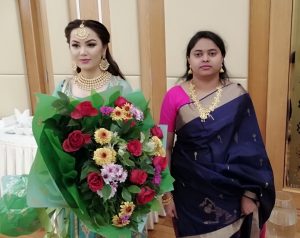 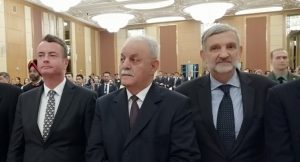 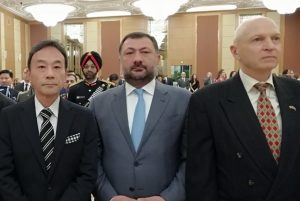 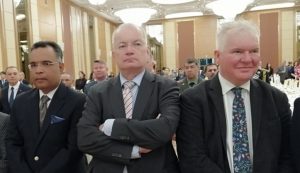 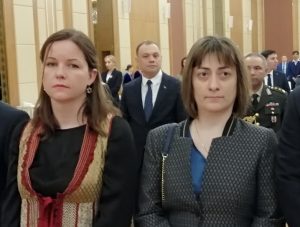 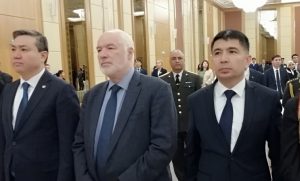 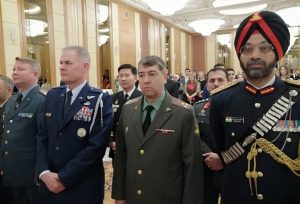 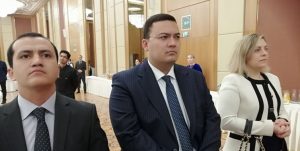 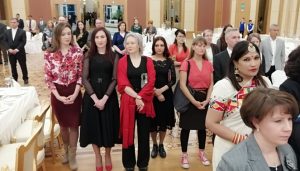 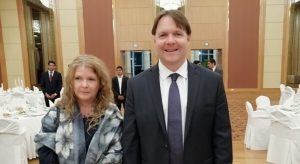 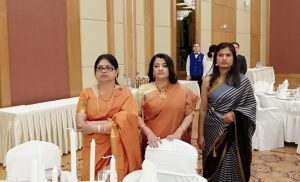