You are here: Home / Articles And Reports / Halal Food Industry and Central Asia

The Islamic economic ecosystem, of which the halal food industry is a part, derives guidelines from the religious sources but it is basically a matter of lifestyle choices and fairness.

Some sectors of this economic ecosystem, such as the Islamic finance, are becoming popular globally. 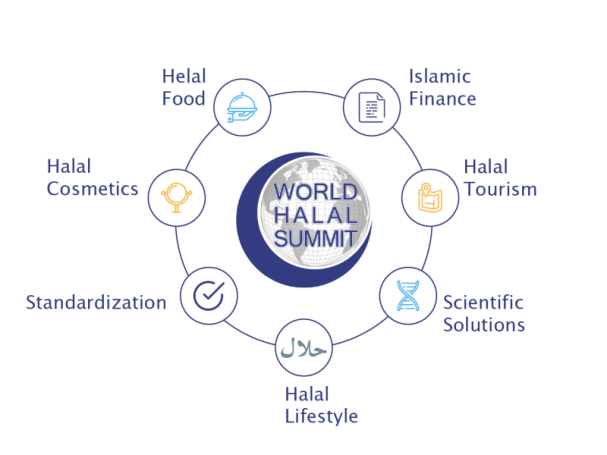 Central Asia, a region with predominantly Muslim population, is a natural habitat for halal industries. However, with a population of only about 72 million, the region cannot be treated primarily as a market for halal products.

The question for the policymakers here is: How can Central Asia benefit from the growing popularity of the halal concept, mainly the food industry, but also the tourism, and Islamic finance.

“Halal” is an arabic word which means permissible or lawful.

Since we are looking only at the food sector for now, a short description of the halal food is in order. A halal diet includes all domestic birds, cattle, sheeps, goats, camels, buck, rabbits, fish & shellfish, locusts, fruit & vegetables, dairy, eggs, pulses, and legumes. Of all of these food groups, meat is the most regulated.

Unlawful [haram] foods include any animal that has not been ritually slaughtered (including those that have died by natural cause or injury), pigs, carnivorous animals with fangs, birds of prey, reptiles, mules, donkeys, pests, and insects.

Even though it is rooted in the religion, the halal food industry is a lucrative economic opportunity. According to a report by Thomson Reuters, the market spending in halal foods in 2017 was USD 1303 billion and is expected to grow to USD 1863 billion by the year 2023.

Central Asia is in geographic proximity of seven of these ten countries. These are also the countries which have thriving economic partnership with Central Asia.

Additionally, with the bulk of its population engaged in economic activities related to the agriculture sector, Central Asia can position itself as a producer and supplier of a vast variety of halal foods.

The area within the halal food industry that offers the best opportunities is the processed food. However, in order to tap the potential, Central Asia would need to do a few things first:

Together with this, there would be the need to attract the Islamic financing institutions such as the Islamic Development Bank, and the development funds of some friendly countries to partner with the small and medium business development authorities in the region.

The planners and managers of the various connectivity and transportation corridors in the region should be onboard when preparing to launch Central Asia as a major supplier of halal foods. This will be helpful in bringing the products of Central Asia to the world markets at competitive prices.