Home » Economic and Social Survey for Asia and the Pacific 2018 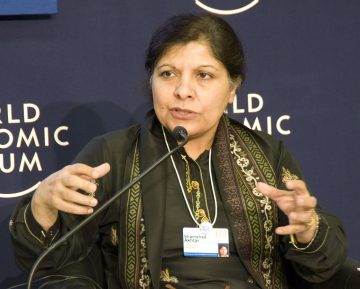 Asia and the Pacific remains the engine of the global economy. It continues to power trade, investment and jobs the world over. Two thirds of the region’s economies grew faster in 2017 than the previous year and the trend is expected to continue in 2018. The region’s challenge is now to ensure this growth is robust, sustainable and mobilised to provide more financing for development. It is certainly an opportunity to accelerate progress towards achieving the 2030 Agenda for Sustainable Development.

Recent figures estimate economic growth across the region at 5.8 per cent in 2017 compared with 5.4 per cent in 2016. This reflects growing dynamism amid relatively favourable global economic conditions, underpinned by a revival of demand and steady inflation. Robust domestic consumption and recovering investment and trade all contributed to the 2017 growth trajectory and underpin a stable outlook.

Risks and challenges nevertheless remain. Rising private and corporate debt, particularly in China and countries in South-East Asia, low or declining foreign exchange reserves in a few South Asian economies, and trends in oil prices are among the chief concerns.  Policy simulation for 18 countries suggests a $10 rise in the price of oil per barrel could dampen GDP growth by 0.14 to 0.4 per cent, widen external current account deficits by 0.5-to 1.0 percentage points and build inflationary pressures in oil-importing economies. Oil exporters, however, would see a positive impact.

These challenges come against the backdrop of looming trade protectionism.  Inward-looking trade policies will create uncertainty and would entail widespread risks to region’s export and their backbone industries and labour markets. While prospects for the least developed countries in the region are close to 7 per cent, concerns persist given their inherent vulnerabilities to terms-of-trade shocks or exposure to natural disasters.

The key questions are how we can collectively take advantage of the solid pace of economic expansion to facilitate and improve the long-term prospects of economies and mobilize finance for development as well as whether multilateral institutions, such as the World Trade Organization membership can resolve the global gridlock on international trade?

Economic and financial stability along with liberal trade access to international markets will be critical for effective pursuit of the 2030 Agenda.  Regional economies, whose tax potential remains untapped, now need to lift domestic resource mobilization and prudently manage fiscal affairs.  Unleashing their financial resource potential need to be accompanied by renewed efforts to leverage private capital and deploy innovative financing mechanisms. The investment requirements to make economies resilient, inclusive and sustainable are sizeable − as high as $2.5 trillion per year on average for all developing countries worldwide. In the Asia-Pacific region, investment requirements are also substantial but so are potential resources. The combined value of international reserves, market capitalization of listed companies and assets held by financial institutions, insurance companies and various funds is estimated at some $56 trillion. Effectively channeling these resources to finance sustainable development is a key challenge for the region.

The need to come up with supplementary financial resources will remain. Public finances are frequently undermined by a narrow tax base, distorted taxation structures, weak tax administrations, and ineffective public expenditure management. This has created problems of balanced fiscalization of sustainable development, even if the national planning organizations have embraced and integrated sustainable development agenda in their forward looking plans.

Despite a vibrant business sector, the lack of enabling policies, legal and regulatory frameworks, and large informal sectors, have deterred sustainability and its appropriate financing. The external assistance from which some countries benefit is insufficient to meet sustainable development investment requirements, a problem often compounded by low inbound foreign direct investment. Capital markets in many countries are underdeveloped and bond markets are still in their infancy. Fiscal pre-emption of banking resources is quite common. For those emerging countries which have successfully tapped international capital markets, a tightening of global financial conditions means borrowing costs are on the rise.

Our ESCAP flagship report, Economic and Social Survey of Asia and the Pacific 2018 (Survey 2018) which has been launched today (7 May 2018) calls for stronger political will and governments strengthening tax administrations and expanding the tax base. If the quality of the tax policy and administrations in Asia-Pacific economies matches developed economies, the incremental revenue impact could be as high as 3 to 4 per cent of GDP in major economies such as China, India and Indonesia and steeper in developing countries. Broadening the tax base by rationalizing tax incentives for foreign direct investment and introducing a carbon tax could generate almost $60 billion in additional tax revenue per year.

Finally, while much of the success in mobilizing development finance will depend on the design of national policies, regional cooperation is vital. Coordinated policy actions are needed to reduce tax incentives for foreign direct investment and to introduce a carbon tax. For many least developed countries, the role of external sources of finance remains critical. In many cases, the success of resource mobilization strategies in one country is conditional on closer regional cooperation. ESCAP’s remains engaged and its analysis can support the planning and cooperation needed to effectively mobilize finance for sustained, inclusive and sustainable economic growth.

Dr. Shamshad Akhtar is the Under-Secretary-General of the United Nations and Executive Secretary of Economic and Social Commission for Asia and the Pacific (ESCAP) /// nCa, 7 May 2018