“US Defence Secretary Leon Panetta has said the slimmed-down force would focus on preventing Al-Qaeda… from regaining a foothold in the war-shattered nation.”

When Do We Fight Against Terrorists and When Do We Put Them On the American Payroll?

The hypocritical foreign policy of Barack Obama is identical to that of his two predecessors–Little Moronic Bush and Sleazy Jefferson Clinton.  All three of them have somehow managed to convert Ronald Reagan’s “Mujahedeen” allies (originally called “freedom fighters”) into terrorists, just long enough to jump-start the Pentagon’s brilliant limited world war plan, before Obama converted the Mujahedeen (“al-Qaeda”) back into our allies in Libya and Syria.  The Al-Qaeda Mujahedeen have always worked on the American payroll, even when they were blowing-up our foreign facilities and helping to demolish American landmarks.  Now that we are back to the point where the two-headed al-Qaeda coin is once again flipped, to remind Americans of the phony excuse of “keeping al-Qaeda out of Afghanistan” and American troops in Afghanistan–The latest incarnation of “Why we fight,” according to Mr. Panetta.

The Pentagon and their minions in Hollywood have been producing similar films offering their version of  reality since WWII.  Now that computers have given them the capability to create simulations of their version of reality, they have their best liars hard at work simulating a very real World War III.  Their ultimate intention is to use this world war simulation as their vehicle to carry an all too real world war into the lives of the people of the world, beginning in 2013.   That is the key to understanding the contradictions, the hypocrisy and the deception–mixing staged productions with real events.  The mass-media makes it all possible, without them, there would be only reality, a reality that would be impossible for anyone to deny.

We have reached the point of contradiction in the grand psyop, where the majority of people will no longer be able to “suspend disbelief,” the key element of every good Hollywood production.  America’s “global war on terrorism” works on the same principles as every previous Hollywood extravaganza–in order for the plot to work, the viewer must first agree to the terms of  a symbolic contract between movie-goer and movie-maker.  In this instance, we are talking about the “suspension of disbelief” clause in the social/entertainment contract.  Every movie-watcher must abide by this guiding concept, to agree from the start, to watch the movie with an uncritical eye, saving any criticisms about plot deficiencies until the end of the movie, or at least until the true story has been revealed.

This is the point we have reached in the Hollywood/Pentagon production (PsyOp), where the true plot has been revealed to those of us with the power or the desire to see the truth in the American terror war, a point which would normally come towards the end of the production.  Since we are being sucked into a permanent state of limited world war, the rules of movie etiquette no longer apply to us.  Those of us who can see are free to openly rip into the cheesy plot that has been thrust upon us.

We are locked in a terror war, even though we are now openly allied with the very same “al-Qaeda” terrorists whom we have allegedly have allegedly been fighting against since the beginning of Bush’s terror war.  Barack Obama is were clearly using terrorists as the central element of his foreign policy.  He has been using them as a proxy force of paid mercenaries in Libya and Syria, just as he has been using the  the “al-Qaeda-linked”  Tehreek e-Taliban Pakistan (TTP) in Pakistan’s Tribal Region.  Hakeemullah Mehsud’s TTP own the “al-Qaeda” franchise in Pakistan even though they are working for Obama, as they originally killed Pakistanis for Little Bush.  Before we contracted these “al-Qaeda” terrorists in Pakistan, Bush and Cheney had contracted a different branch of “al-Qaeda” to kill American servicemen in Iraq.  Bush had needed them to prolong the Iraq war for him after the initial quick victory.  Now Obama needs them to perform the same service in Pakistan and Afghanistan, helping him to prolong the war there into the indefinite future.  Whenever American foreign policy relies upon a hardcore force of “Islamist” militants to fight for us, either as “freedom fighters,” or against us as “terrorists,” then the inherent contradiction is revealed.  This is the turning point, where the audience begins to “look behind the curtain.”

This is the point of contradiction which now confronts us, the point where all government bullshit breaks-down.  This is the time for us to either hold the hypocritical contradictions high over our heads and turn them to our advantage, or to surrender our country to the Fascists and the closet Communists who have conspired to bring us to this point of ruin?  Another American revolution surely beats another American civil war, any day.

“We the People of the United States” have a sacred duty to posterity and to the entire human race to put an end to the evil reign of the terrorist Barack Obama.  Anything less will not do.  It is high time that we all recognize the farce that we have all been living, thinking that it was all beyond our control.  We have to carry-out just one more “regime change,” this one has to take place in Washington, D.C.

Revolution is mandatory.  We will not follow a terrorist government any longer.

Take it to the streets. 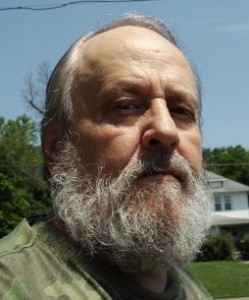 Peter Chamberlin can be reached at therearenosunglasses@hotmail.com