From her will power, it was obvious that she would strive forward. But before that, came the birth. Pattie says that the very first time she heard Justin Bieber cry, she would only hear music: “I know it may sound crazy, but it sounded like he was signing. Really! Oh my God, it was so precious, so incredible!”

Her enthusiasm is shared by many of her fans due to the courage she showed nineteen years ago while facing some life difficulties and tempted by easy solutions such as getting an abortion. 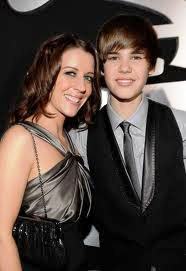 Pattie Mallette, Justin Bieber’s mother, had a difficult youth full of problems, evidenced by the depression she suffered for having been a victim of sexual abuse, which almost led her to commit suicide due to the shame and guilt she felt.

In her book, “Nowhere But Up: The Story of Justin Bieber’s Mom”, Pattie Mallette also explains how this situation made her turn to drugs and alcohol, until she knew she was pregnant. This changed everything for her.

Even though it was not right for her to be a single mother, and was tempted to abort, Pattie Mallette nevertheless did not opt for abortion: “I only knew I should not do it [abort]. I just knew that I had to keep him [her baby].”

“I had no idea how I was going to do it; I just knew I couldn’t abort.” “I had to give the best of me. I was determined to do everything that was necessary”, asserted Pattie Mallette.

Moreover, the United States has registered almost 50 million abortions since the Supreme Court legalized this practiced in 1973, while statistics show that about 35 percent of American women have had to voluntarily interrupt their pregnancy (i.e. commit murder) before reaching the age of 45.

About 26 percent of abortions that have been conducted in the past 40 years correspond to African American women, who are four times more propelled to interrupt their pregnancy than the rest of American women, according to the U.S. Center for Disease Control and Prevention.

An abortionist society becomes inhospitable. With time, tyranny and arbitrariness will rule in all areas. It is like an infectious disease that is contagious”, asserts Jutta Burggraf, professor of the University of Navarra.

Author and journalist Clemente Ferrer has led a distinguished career in Spain in the fields of publicity and press relations. He is currently President of the European Institute of Marketing. He can be reached at clementeferrer3@gmail.com