Home » Kazinform: The future of Central Asia discussed in Kazakhstan Today (20 January), the Kazakhstan Institute for Strategic Studies (KISS) under the President of the Republic of Kazakhstan together with the Ministry of Foreign Affairs of Kazakhstan hosted an expert meeting “Central Asia-2030: Images of the Future”, Kazinform reports.

The event discussed topical issues of the development of cooperation between the Central Asian countries in the field of trade and economy, transport and energy, human capital development, as well as prospects for cultural and humanitarian cooperation. The meeting is attended by representatives of state bodies of the Republic of Kazakhstan, heads of strategic research institutes under the presidents of Central Asian countries, as well as experts on topical issues of regional cooperation.

Speaking with the report, the director of the KISS Erkin Tukumov proposed to discuss how the region will develop by 2030, what challenges await and what opportunities will become decisive in close cooperation.

“The degree of global uncertainty in the world will only increase. We have entered a new period of development and it requires more reflection. The current tectonic shifts in the international relations system force the region’s states to adapt in some way, uniting to solve shared concerns. Today it is important to expand and strengthen the regional dialogue on the main aspects of the development of Central Asia. The growth of strategic uncertainty in the world is a basic trend. At such meetings, it is important for us to understand whether we are moving in the right direction, whether we are forming the right strategies in this rapidly changing world. It is necessary to take into account the possibilities of successful bilateral relations into something more. Not only scaling, but also the formation of regional issues that will allow us to rebuild cooperation. We need a scenario of advanced cooperation and integration taking into account past experience in order to avoid mistakes and regret missed opportunities,” said the head of the Institute.

Deputy Minister of Foreign Affairs of Kazakhstan Ermukhambet Konuspayev said that meetings in this format allow discussing the most important issues in an atmosphere of open and constructive dialogue.

“Regular contacts at the highest level allow us to solve a whole range of strategically important issues, determine the further vector of our cooperation, and generally ensure peace and stability in the region. As a result, we managed to bring our interstate cooperation to a qualitatively new high level. We are witnessing global changes that bring both new challenges and new opportunities. The Central Asian countries show high will. The countries have started an intensive dialogue. Together we solve strategic issues to achieve peace and stability in the region. In this regard, consultative meetings of heads of State are particularly important. Summits in our countries play a special role, the anniversary summit in Dushanbe will be held in September this year. The agreement on friendship in the XXI century, the roadmap for regional cooperation, and the green agenda are being coordinated and launched. The scale of regional trade has been increased, which has grown by 50%. Measures are being taken to further increase logistics projects, establish business ties, and joint ventures. Fundamental cultural and humanitarian ties strengthen fraternal relations between our countries. Interest in the cultural heritage of Central Asia is increasing. We welcome the preservation of the common heritage. Central Asia is becoming an important participant in global processes,” said Ermukhambet Konuspaev.

The conference participants noted the role of the President of Kazakhstan Kassym-Jomart Tokayev in the joint development of the Central Asian countries. Director of the Center for Strategic Studies under the President of the Republic of Tajikistan Khayriddin Usmonzoda drew attention to the fact that the reforms that are currently taking place in the political system of Kazakhstan and are being implemented under the leadership of the Head of State are very important, including for many Central Asian countries and are a model for other countries in the region. 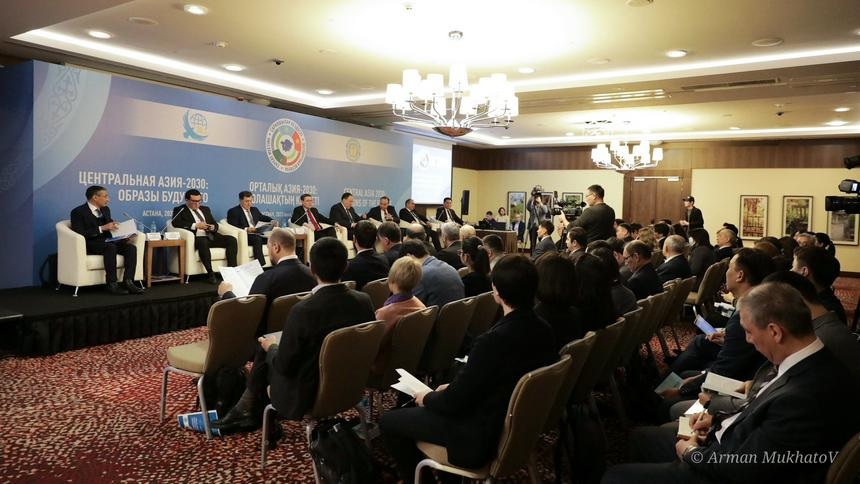 “Previously, Central Asian countries relied on forecasts received from outside sources; now, forecasts are made in the region’s strategic research centers. We’re doing it together, constantly exchanging ideas so that we can confront the problems that have already surfaced. The reforms that are taking place today in the political system of the Republic of Kazakhstan and are being implemented under the leadership of the Head of State are very important, including for many Central Asian countries and are a model for other countries in the region. Practice shows that your country is always moving forward confidently, its stability and economic development are the guarantor of stability and development of the entire region,” the expert said.

Director of the Institute for Strategic and Interregional Studies under the President of the Republic of Uzbekistan Eldor Aripov stressed that the question of what we want to see Central Asia in 2030 is extremely important.

“Today, the very time in which we live, the situation in the world require us to strengthen regional cooperation, deepen cooperation in Central Asia. The struggle for the future of the young generation in Central Asia is a struggle for the future of the region. The main question is how we see the region in seven years. We need an “ideal” of cooperation, to coordinate it for synchronous development in all countries. It is also important not only the future results, but also the analysis of the real situation, the available resources to achieve these results,” the speaker shared.

Kanatbek Aziz, Director of the National Institute for Strategic Studies under the President of the Kyrgyz Republic, proposed to determine the content of joint strategic development.

“For future cooperation in Central Asia, we must determine its content. How do we see the region? Does it cover 5 countries? It is necessary to consider the transformation into a macroregion. We must create a platform for thinking people, analysts to create a common regional picture,” Kanatbek Aziz said.

Director of the International Institute of Central Asia (Uzbekistan) Vladimir Norov noted the relevance of the consultative meetings, which laid the foundation for a fundamentally new political atmosphere in the region, created the basis for strengthening unity, allowing the return of the former power of Central Asia.

“In recent years, we have begun to strengthen regional subjectivity, which means the ability to take responsibility for solving regional issues by the Central Asian countries themselves. It is necessary to improve the investment climate. Central Asia will become attractive to global companies only if a regional market is created. The developed action plans should be put into practice,” Vladimir Norov emphasized.

Director of the Center for Strategic Studies of the Institute of International Relations of the Ministry of Foreign Affairs of Turkmenistan, Shiri Shiriev, noted that Central Asia connects the East with Europe, acting as a bridge for goods and ideas.

“There is a growing desire to solve joint tasks, strengthen ties, especially trade, and this contributes to attracting foreign investment. The meetings of the leaders demonstrate a new spirit of cooperation between our countries,” the speaker summed up. 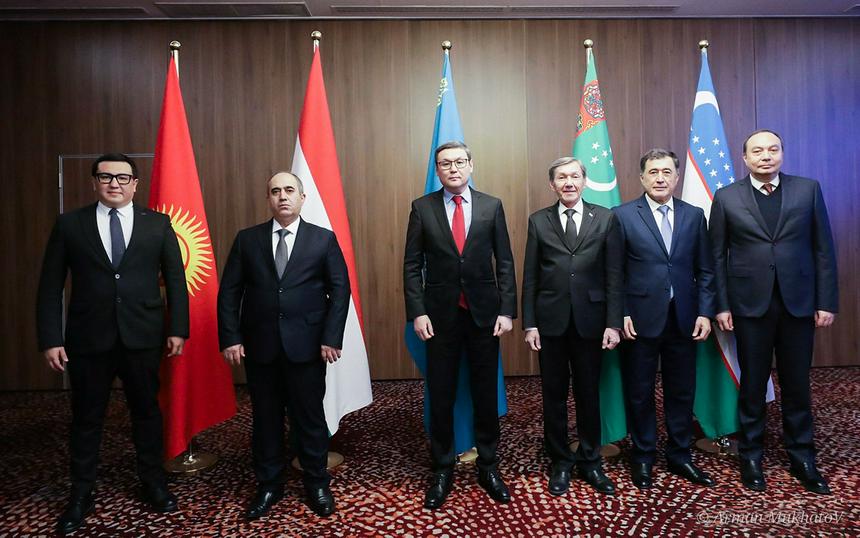