Home » How China Sees the World 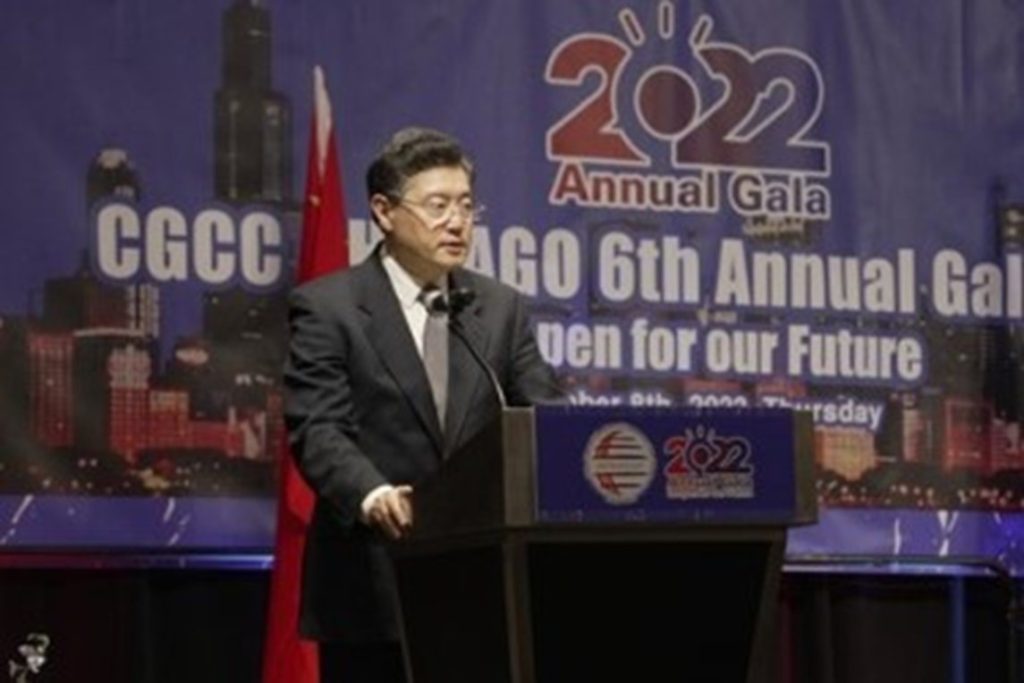 Qin Gang, Ambassador of China to the United States

On December 26, 2022, Ambassador Qin Gang published an opinion article entitled “How China Sees the World” on The National Interest. The full text is as follows:

The 20th National Congress of the Communist Party of China (CPC) was held in October. The CPC has thus started on a new journey, and so has China’s development. The thinking of Chinese Communists, as stated at this Party Congress, not only determines China’s direction but also has a sure impact on the world’s future.

Just as people’s worldviews fundamentally shape the ways they choose to engage with the world, the same holds true for countries and political parties. It has been reaffirmed at the Party Congress that China is committed to its foreign policy goals of upholding world peace and promoting common development, and it remains dedicated to building a community with a shared future for mankind. Such an official, open declaration of the CPC’s worldview sheds light on the way it engages with the world.

Looking at the world as a community with a shared future naturally leads to a path of reform, opening up, and win-win cooperation. In the past decade, China has established twenty-one pilot free trade zones and increased the Free Trade Agreements (FTA) it has signed from ten to nineteen, which include the Regional Comprehensive Economic Partnership (RCEP), the biggest FTA in the world. Pre-establishment national treatment has been given to foreign investors across the board, and the items on the negative list for their investment have been curtailed to thirty-one from the original ninety-three. China’s market entities have soared to over 160 million. According to the World Bank, China ranks thirty-first globally in the Ease of Doing Business Ranking, up by sixty-five spots in ten years. Given this record, people should think twice about the veracity and true intentions when they hear grumblings about China “moving backwards” in reform and opening up, or “having lost America.”

Looking at the world as a community with a shared future naturally leads to the path of peaceful development. China’s development means a stronger force for peace, not a growing power poised to “break the status quo,” as some call it. The tension across the Taiwan Strait was not created by the Chinese mainland breaking the status quo, but by “Taiwan independence” separatists and external forces continually challenging the status quo of “one China.” In the case of the East China Sea, it was Japan who attempted to “nationalize” Diaoyu Dao ten years ago, altering the “status quo” between China and Japan of agreeing to put aside differences. In the South China Sea, the status quo is that regional countries are consulting on a code of conduct that will lead to meaningful and effective rules for the region. As to the border issues between China and India, the status quo is that both sides are willing to ease the situation and jointly protect peace along their borders.

China is highly concerned about the situation in Ukraine. Though deeply saddening, what has been happening there reveals some important lessons: conflicts and wars produce no winner; there is no simple solution to a complex issue; confrontation between major countries must be avoided. The most urgent task for the moment is to promote peace talks between Russia and Ukraine as well as dialogue between the United States, the EU, NATO, and Russia. In the long term, people must realize that grounding one’s own security on other countries’ insecurity won’t work; it is necessary to establish a balanced, effective, and sustainable European security framework. There is no choice other than this.

Mankind went through multiple crossroads in the twentieth century. Now we have come to the first crossroads of the twenty-first century: the pandemic has not been over after three years; global economic, financial, and energy crises emerge one after another; an economic recession is looming large; and more conflicts seem impending. At such a juncture, will the world continue to embrace a brave new century, or will it succumb to the beaten path of the last century? This depends on the choice of people of all countries, including the American people.

If people choose to see the world from a “democracy vs. authoritarianism” perspective, they will very likely usher in a world of division, competition, and conflict; but if they view the world as a community with a shared future, then openness, cooperation, and win-win outcomes will be the fruits of their choice. As President Xi Jinping stressed in his meeting with President Joe Biden in Bali last month, the world is big enough for the two countries to develop themselves and prosper together. China-U.S. relations should not be a zero-sum game where one side out-competes the other or thrives at the expense of the other. China and the United States now share more common interests, not less. This is how the notion of a community with a shared future for mankind mirrors in China-U.S. relations.

The differences between China and the United States—in history, culture, social system, and development path—will most probably remain in 100 years. But as residents of the same world, we should and can listen to each other, narrow our gap in perceptions of the world, and explore a way to get along based on mutual respect, peaceful coexistence, and win-win cooperation.

The Chinese people are looking to the American people to make the right choice. /// nCa, 5 January 2023

The complete text of this article is available at the website of the Chinese Embassy in the USA:

It is also available at the website of The National Interest: