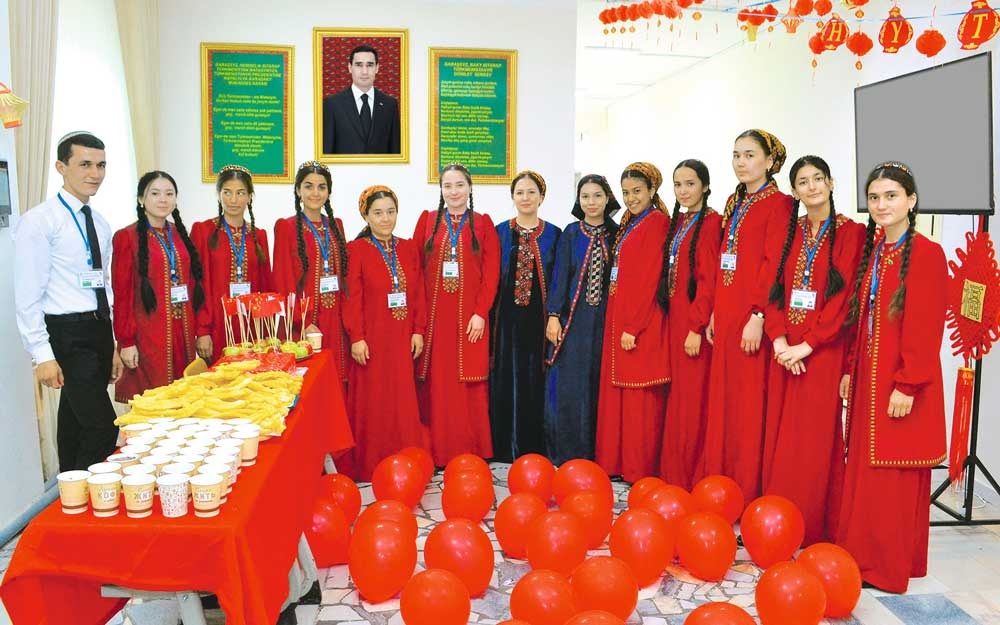 The Turkmen National Institute of World Languages named after Azadi marked the National Day of the People’s Republic of China, the newspaper “Neutral Turkmenistan” reports.

The party was organized by the Faculty of Oriental Languages and Literature on the initiative of teachers of the Department of Far Eastern Languages.

The program of the celebration included a Chinese tea ceremony, as well as an intellectual quiz on the history of China with the participation of students from all areas of the university specialty.

The highlight of the event was the tasting of national snacks “youtiao” and delicious cake made in the style of the national flag of the People’s Republic of China.

Every year, on 1 October, China celebrates its main public holiday – the national day, commemorating the formal proclamation by Mao Zedong of the establishment of the PRC in 1949.///nCa, 6 October 2022 (photo source – Neutral Turkmenistan)