Home » The EU is the biggest investor in Central Asia 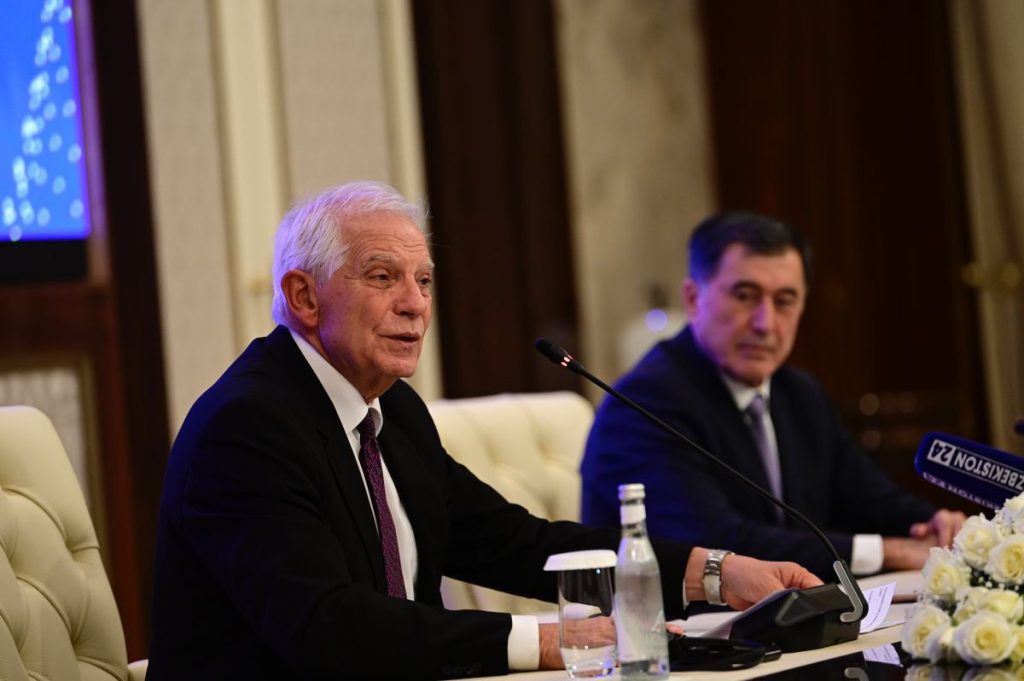 “We – the European Union – are the biggest investor in Central Asia: almost half of the cumulated investment in the region – more than 40% – has been done by the European Union firms. We are the best, the first trade partner – above China, above Russia,” EU High Representative, Vice President Josep Borrel said at the press conference following the EU-Central Asia ministerial meeting in Samarkand.

Terrorism and cross-border crime emanating from Afghanistan, post–pandemic recovery, the climate changes are the challenges that Central Asia is facing today.

“We will continue supporting the border security in Central Asia through our long-standing Border Management Programme (BOMCA),” Borrel assured.

He also called on the Central Asian countries and the EU to engage closer with you politically, in the multilateral context, to work on security, trade and investment issues. “We face a climate and digital transformation, which has to be considered as an opportunity. It is not only a threat, a challenge, but an opportunity, especially for young people,” he continued.

Issues of connectivity and concrete projects will be discussed at the European Union-Central Asia Connectivity Conference [Global Gateway].  “In order to make them [projects] a reality, I think we – the European Union – are ready to back you as much as we can to deliver sustainable connectivity, high-level standards and supporting the decarbonisation of energy to build a green economy,” the EU High Representative stressed.

“We have big ambitions, but what is very important is that we also have the will and interest to fill these ambitions with concrete content – for the benefit of stronger ties between our regions, and for the benefit of our people,” the EU chief diplomat concluded.

The full text of the Remarks by High Representative/Vice-President Josep Borrell is available here: https://www.eeas.europa.eu/eeas/eu-central-asia-ministerial-remarks-high-representativevice-president-josep-borrell-joint_en