On 10 November 2022, the 9th meeting of the Council of Ministers of Foreign Affairs of the Organization of Turkic States (OTS) took place in Samarkand under the chairmanship of the Uzbek side. 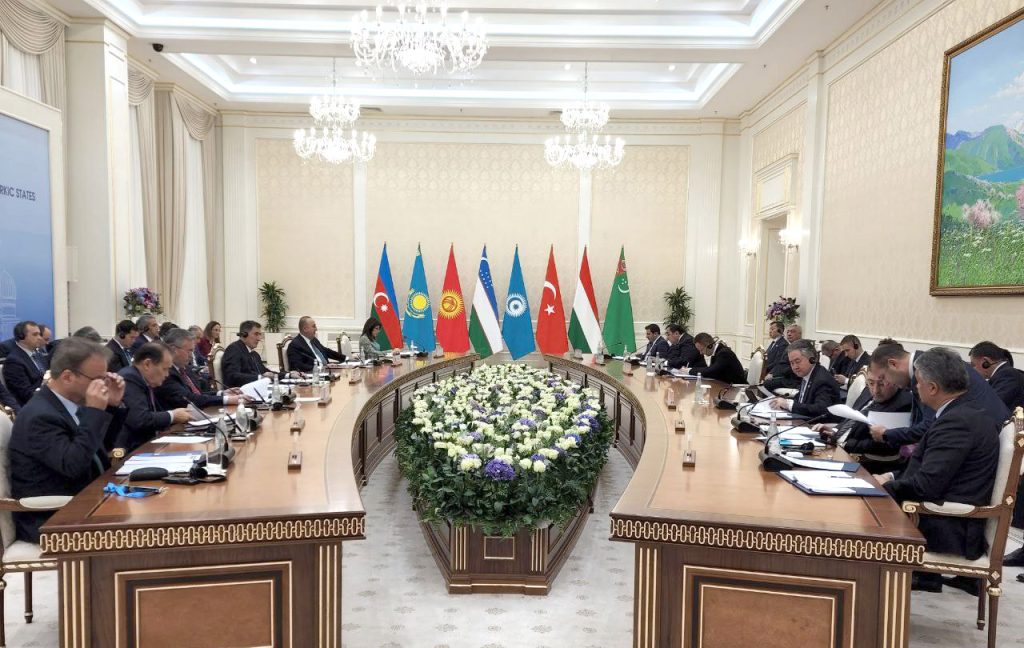 The head of the Turkmen delegation, Deputy Foreign Minister Berdiniyaz Myatiev, during his remarks emphasized that “Turkmenistan is consistently developing its international cooperation on a bilateral and multilateral basis.”

“Our country cooperates with all countries of the world, including the member countries of the Organization of Turkic States, based on the principles of mutual respect and understanding, as well as equality,” he said.

The importance of interaction in the trade and economic sphere was noted. In this context, the existence of opportunities for the development of both bilateral and multilateral cooperation between the Turkic countries in the fuel and energy, transport and communication sectors and in the industrial sector was emphasized.

The foreign ministers stressed that the rapidity of events in the world and changes in international relations necessitate the constant adaptation of the OTS to modern realities. The parties called for establishing a systematic dialogue on strategic issues in order to consolidate efforts to address today’s growing challenges and threats.

The ministers reaffirmed their commitment to the principles of openness, equality, and mutual respect, as well as the expansion of multifaceted relations within the OTS framework. They underlined their position that early settlement of the Afghan situation is one of the most important factors for maintaining and strengthening security and stability in the OTS space.

The participants exchanged views on topical issues of the regional and international agenda and interaction within the Organization, and also considered draft documents submitted for signing during the summit, to take place on 11 November 2022 in Samarkand. ///nCa, 11 November 2022