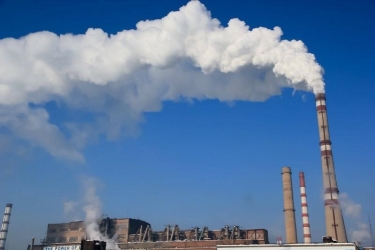 Kazakhstan is determined to achieve Carbon Neutrality in the foreseeable future, a vital step for meeting several SDGs.

Here are four stories published by the Kazakh news service KazInform on 27 October 2021 that illustrate the extent to which the government is going to attain Carbon Neutrality:

«Estimates indicate investments to the tune of $650bn in low carbon technologies are needed to achieve the carbon neutrality target in the period of 40 years,» he said.

The minister also named the sectors that need most investments, they are electricity and thermal energy – $305bn, transport – $167bn, mining and manufacturing – $65bn, housing and public utilities – $57bn, and agriculture – $49bn.

He went on to note that according to the model review investments in coal, and oil and gas production will reduce due to reduction in demand in the long-term period.

«The Government is working to attract investments in the renewable energy sector, including investment cooperation with the UAE to carry out major renewable energy projects in Kazakhstan, aiming at reducing CO2 emissions,» he said.

While addressing the press briefing of the Central Communications Service on Wednesday, Minister Brekeshev said decarbonization of the country’s economy will undoubtedly lead to changes in the domestic fuel and energy complex.

Industrial sector, in his words, is forecast to consume 65% of all energy sources in Kazakhstan by 2060. Energy consumption of buildings and transport will drop to 23% and 9%, accordingly.

Kazakhstan to capture emissions from enterprises with special technologies

NUR-SULTAN. KAZINFORM – Minister of Ecology, Geology, and Natural Resources of Kazakhstan Serikkali Brekeshev talked about the Doctrine on the achievement of carbon neutrality at today’s briefing at the Central Communications Service, Kazinform correspondent reports.

According to him, the Doctrine is made up of two scenarios: basic and carbon neutrality. The former one provides for no measure to decarbonize the economy, and does not enable to achieve the forecast indicators of economic growth, according to the model.

He went on to say that it is because of three external factors, which are implementation of border carbon tax such as in the EU as well as in other major trade partners of Kazakhstan. In addition, the forecast reduction in prices for energy resources as predicted by the International Energy Agency and the impact of climate change on agriculture will have their negative effect.

«According to our estimates, this will enable to reduce the expected damage from the said risks by more than two times. The modelling results demonstrate in 2060 Kazakhstan will achieve zero emission surplus across the economy. Most of the emissions will be avoided, and the remaining will be captured using technologies capturing and storing carbon as well as absorbed by plants and soil,» he said.

NUR-SULTAN. KAZINFORM – First Deputy Minister of Ecology, Geology, and Natural Resources of Kazakhstan Murat Zhurebekov. spoke of what perspectives in solar and wind electricity Kazakhstan has and what work is being done to develop them, Kazinform correspondent reports.

«As for perspectives, the country has the concrete long-term goals to develop renewable energy in the country. Since 2018, open electronic auctions have been held to carry out renewable energy projects, which is of great effect. Over the past three years as a result of the auctions held the tariffs for solar and wind electricity have dropped by 23%,» said First Deputy Minister of Energy Murat Zhurebekov.

According to him, development of a competitive environment directly leads to reduction in tariffs.

«In parallel, we are cooperating with the partners from the UAE. It is the world practice when countries use mechanisms for competitive trade and signing strategic agreements. The same is done in a number of other countries. It results in greater competitiveness and reduction in tariffs for our consumers,» he said.

«As for solar energy, over the 10-year period costs of the technologies have dropped by 9 times. Therefore, the main inflow of investments is expected after 2040… Technologies of capturing and storing carbon remain expensive. But they might become affordable in 10-15 years,» said the minister. /// nCa, 28 October 2021 (news stories credit KazInform)