You are here: Home / Articles And Reports / Briefing on elections to the Mazhilis of the Parliament of the Republic of Kazakhstan 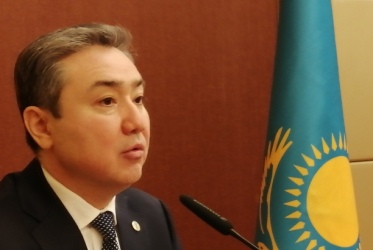 Today [25 Dec] the media briefing of the Ambassador of Kazakhstan Yekebulan Sapiev on the upcoming elections to the Mazhilis of the Parliament of the Republic of Kazakhstan, scheduled for January 10, 2021, took place.

During the briefing, Sapiev spoke in detail about the electoral system of the Republic of Kazakhstan, about the structure and activities of the Parliament, and also dwelt on the elections to the lower house of the country’s legislative body – the Mazhilis.

The participants of the event were informed in detail about the latest political reforms implemented in Kazakhstan. In particular, the halving of the threshold for registration of political parties, the adoption of amendments to the Law on the Procedure for Organizing and Conducting Peaceful Assemblies, the introduction of the institution of parliamentary opposition, the mandatory inclusion of women and youth under the age of 29 in the lists of candidates from political parties.

The Ambassador of Kazakhstan also spoke about the observer missions from 14 countries and 4 internationalorganizations registered to date. Information about polling stations operating abroad was also announced. In particular, on the opening of the polling station No. 266 at the Embassy of Kazakhstan in Turkmenistan, where all citizens of our country will be able to vote from 7:00 to 20:00 on January 10, 2020.

Here are the slides from the presentation given by Ambassador Sapiev: 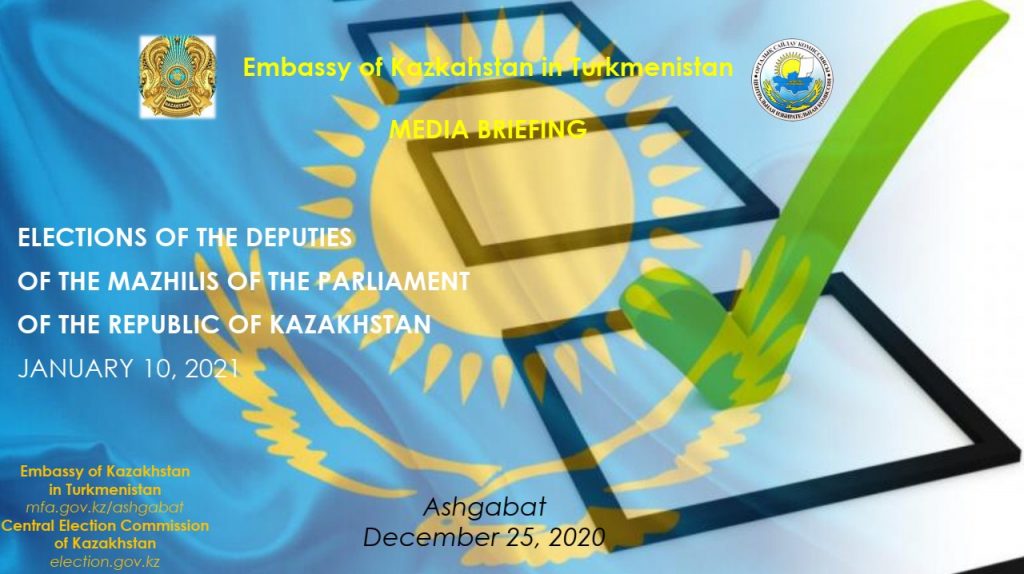 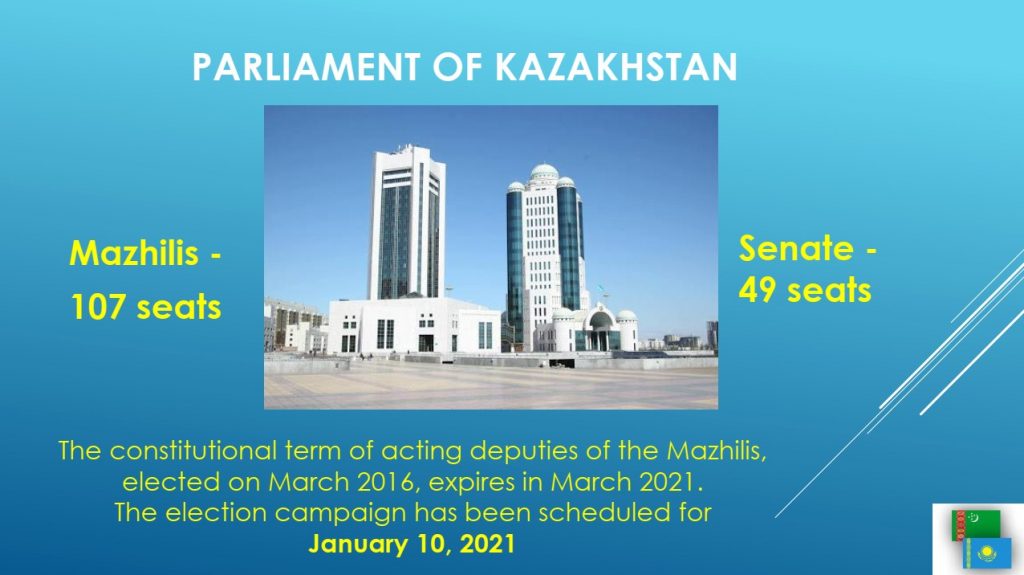 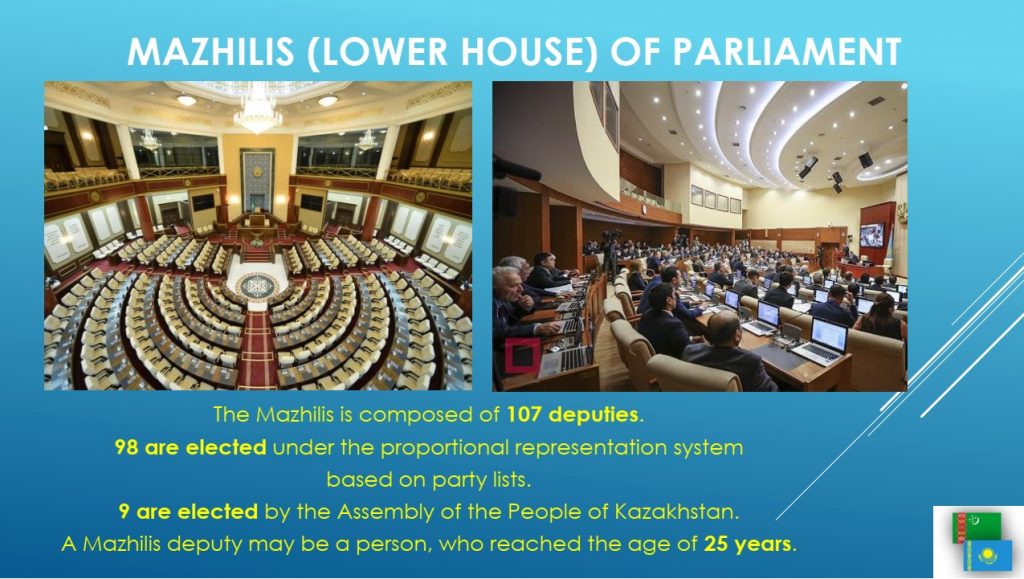 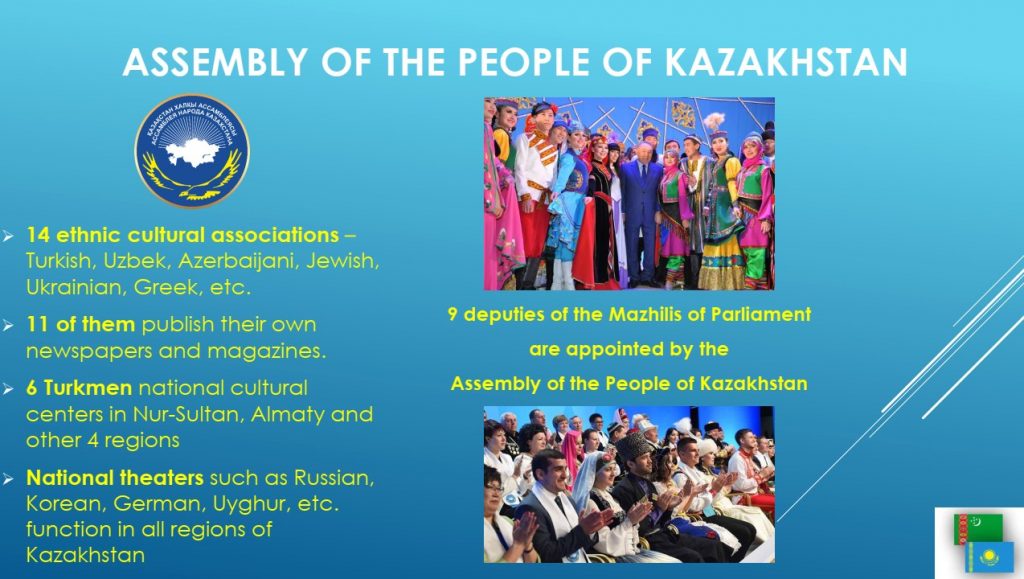 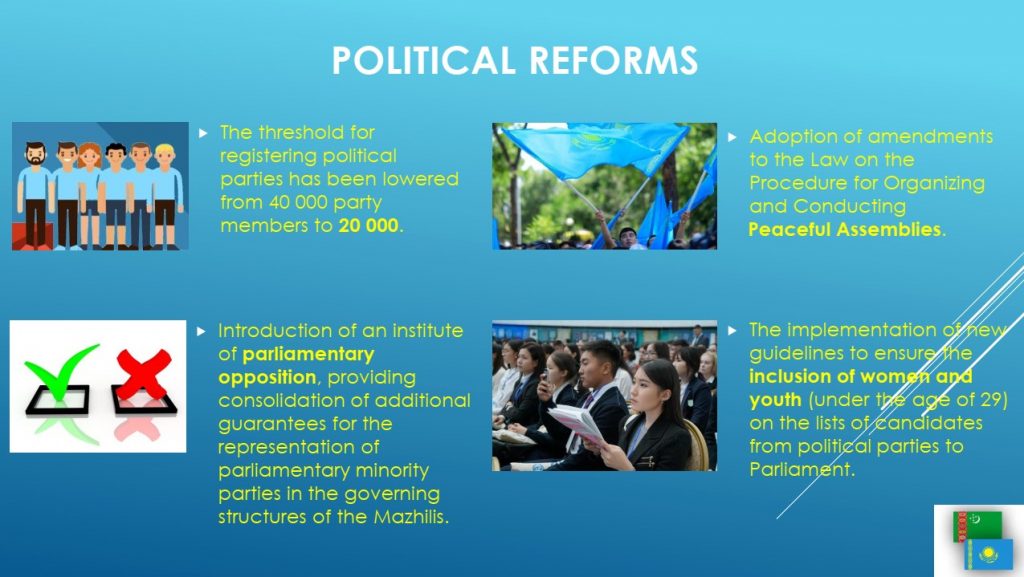 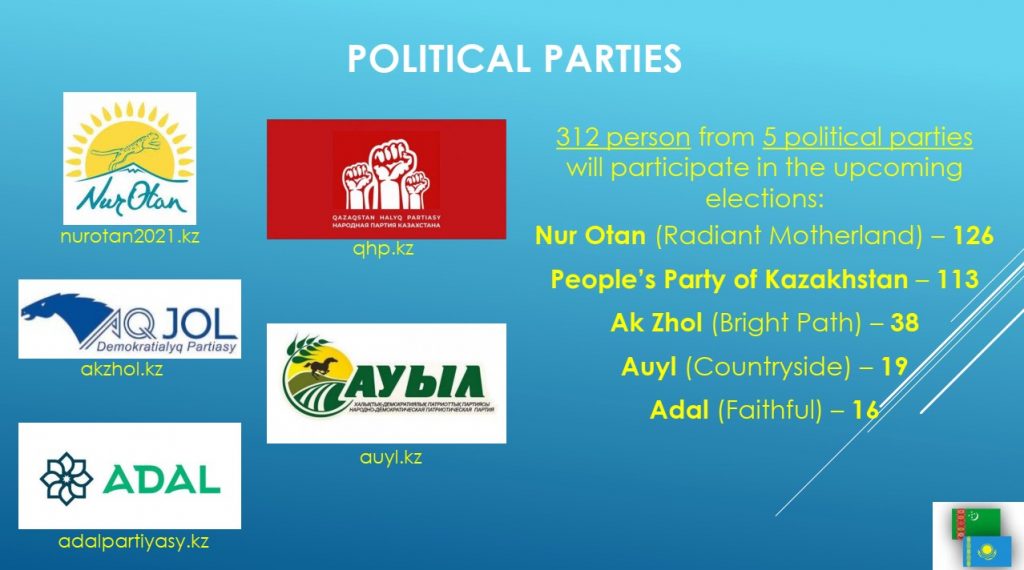 /// nCa, 28 December 2020 (in cooperation with Embassy of Kazakhstan at Ashgabat)