Moscow opposes division of the Caspian Sea into national sectors and will add new warships to Caspian Fleet, said Xinhua in a May report.

The statement came from Russian Deputy Prime Minister Sergey Ivanov and Chief Commander of Russian Navy, Vladimir Vysotsky on May 4, 2011.

“Russia always considered the Caspian Sea as a unique landlocked basin and opposes dividing it into national sectors because this will require a radical review of guidelines regulating the use of this reservoir over the past 70 years,” Ivanov told a meeting of the Russian government’s Maritime Board held in the Caspian town of Astrakhan.

In 2011, Russia’s Caspian Fleet would receive two new missile boats and three landing ships, Vysotsky told the same meeting, adding that the fleet would receive at least 16 new warships and missile boats by 2020. The Russian Navy would extend its port facilities in another Caspian town Makhachkala. Makhachkala, along with Astrakhan, are the bases of the Caspian Fleet.

Caspian Fleet of the Russian Navy has in service – 1 frigate “Tatarstan” (NATO Gepard class frigate) – the flagship of the Caspian Flotilla, the largest ship, both in the Russian Caspian Flotilla and in region, armed with the missiles, anti-aircraft missile and artillery weapons, shock- complex Uran is equipped with antiship cruise missiles with shot range up to 130 km. Tatarstan launched recently in 2003. Moreover the Caspian Fleet has two small gunboats, one of them “Astrakhan” (NATO Buyan class corvette) was commissioned in 2006, six missile boats , 4 missile launches, 11 storm-boats. Gepard class frigate Dagestan and small artillery ship (Buyan class) Volgodonsk are expected to be put into service.

Twenty years have passed since the collapse of the Soviet Union, and the Caspian states – Azerbaijan, Iran, Kazakhstan, Russia and Turkmenistan – have not been able to agree on the delimitation of national sectors in the Caspian Sea and thus to prevent the militarization of the sea. The other littoral states seem to have the genuine desire to settle the issue but Russia and Iran checkmate them.

Before the Soviet Union collapse, the legal status of the Caspian Sea was regulated by the Russian-Iranian treaties of 1921 and 1940. In diplomatic documents the Caspian Sea was officially called as the “Soviet and Iranian sea”. The agreement between Russia and Persia (Iran) on trade and navigation of 1940 finally fixed the principle of inadmissibility of vessels of the third states into the sea and established 10-mile coastal zone for each state.

Now, Azerbaijan, Kazakhstan and Turkmenistan insist on the division of the sea by the median line, and Tehran leans toward 20% share for each littoral country.

Of course, the size and shape of the ​​national sectors is not the only issue. There is also the lingering dispute on some oil and gas fields, and the fine distinction between definition of seabed and its resources.

“Not surprisingly, continuing disagreement on the territorial issue is now encouraging the countries involved to prepare themselves militarily to defend their claims”, said professor Stephen Blank of US Army War College on Eurasianet.org on 12 May.

It seems that Russia doesn’t give a damn for the other coastal country’s (Turkmenistan) slogan: “Caspian is the sea of peace and friendship”.

The Russia’s behavior in Caspian Sea and growing militarization is one of the constraints for USA-Europe access to Caspian hydrocarbon resources, hindering from realization the ‘pump & swap’ energy projects.  The case in point is Transcaspian pipeline, being one of EU-backed Southern Corridor projects.  Without Azerbaijani and Turkmen gas injections Nabucco will never come true.

As much as like the Moscow’s officials can assert that the growing “fleet is planned to keep providing security to commercial companies in the area (Caspian sea)”, geopolitical game is obvious.

However, the contemporary politics is ruled by the trite principle: hydrocarbon resources are the potential conflict hotbed. And from this point of view, militarization is inflammable hay.

The oilfields and gas deposits are the root cause of most international tussles. And, the Caspian region is no exclusion.

Even in 20 years the littoral states couldn’t share their Caspian cake, it is probably unlikely they will succeed in the future unless Russia and Iran adopt a more realistic and conciliatory approach. At least, the negotiations, whether at the level of special envoys, or at a summit level, will not lead to the progress in defining the legal status of the Caspian Sea.

As the European Union now tries to get its hands on the Caspian energy sources, so in future another geopolitical player – the United States – will boost its activity there.

According to estimates of the US Energy Information Administration, the proven oil reserves in the Caspian region are estimated at 17-33 billion barrels and gas resources amount to 2/3 of the total hydrocarbon resources of the region. Such resources are too large to ignore.

The modern history knows many ways of escalation of regional conflicts, orchestrated by external forces from faraway continents, aimed ultimately at the geopolitical reshape. At any time, gamblers can make here a buzz around the Iranian nuclear program and aggravate conflicts over disputed fields. In due-time, terrorist threat can be created as well.

After all, strictly speaking Russia will hinder by any means the practical implementation of the energy projects, preferring to keep pumping gas by competing pipelines. 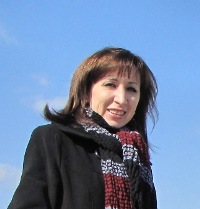