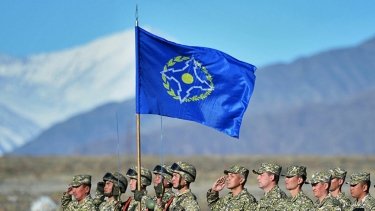 Afghanistan and security threats to the of the neighboring Central Asian region became key items on the agenda of the extraordinary online session of the CSTO (Collective Security Treaty Organization) Collective Security Council held on 23 August 2021 under the chairmanship of Tajikistan.

It is noteworthy that along with the heads of the CSTO member-nations – Tajikistan, Armenia, Belarus, Kazakhstan, Kyrgyzstan and Russia, the President of Uzbekistan also joined the virtual event as an invited guest. 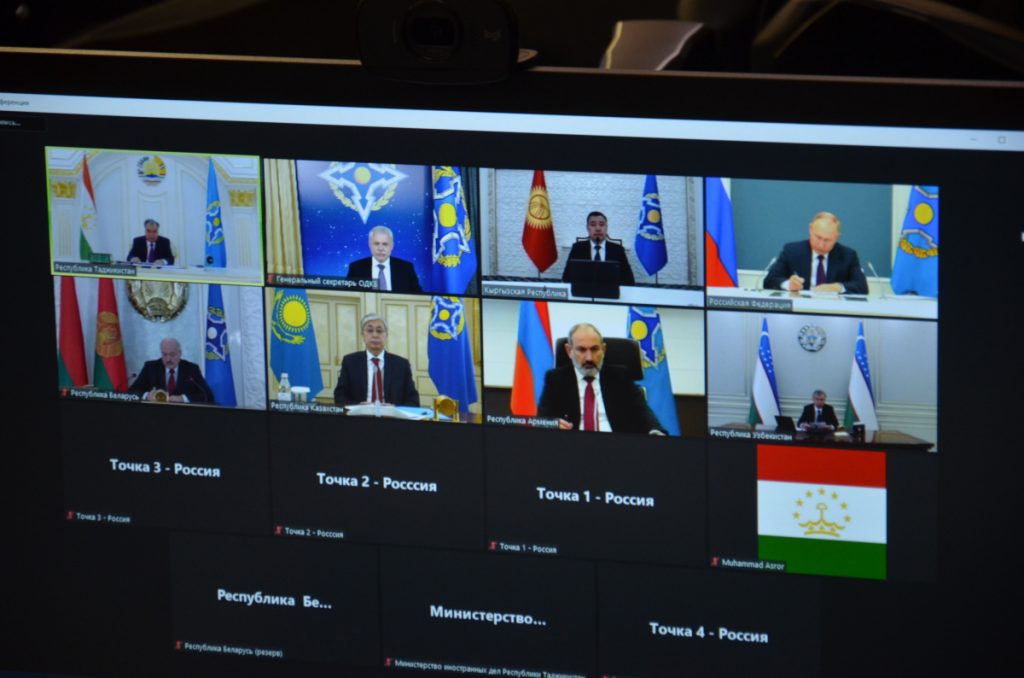 Following the session, a briefing by the CSTO Secretary General Stanislav Zas was held at the press-center of the Russia Today media group.

The CSTO press release underlined that “in view of the increasing presence of militants of international terrorist organizations in Afghanistan, who are using that country as a fallback ground for their further activities and expansion, the CSTO member States have agreed to make additional efforts to develop cooperation in counteracting the challenges and threats emanating from the territory of Afghanistan.”

The Moscow-led security alliance warned that the flash-points of resistance to the Taliban in the Panjsher Gorge might trigger a lasting civil war, with difficult-to-predict consequences not only for the security of Afghanistan, but also for the surrounding greater region.

In this regard, the organization emphasized the need for efforts to prevent bloodshed and establish a dialogue to curb the uncontrolled flow of refugees, drug trafficking, and the spread of ideas of religious fundamentalism.

The military group stands for early adoption of a targeted interstate program on the initiative of Tajikistan within the framework of the CSTO to strengthen sections of the Tajik-Afghan border.

According to Zas, in July this year, the Operational Group of the CSTO Joint Staff and the Secretariat, headed by the Chief of Staff, Colonel-General Anatoly Sidorov, worked in Tajikistan to implement the plan for the rapid deployment of CSTO collective security forces in the event of a deterioration of the situation on the Afghan border.

The follow-up proposals will be discussed at the CSTO summit in September, he added.

The CSTO sees no need to involve the collective forces of the CSTO in the protection of the Tajik-Afghan border at the present time. “Today, the Tajik border guards and the armed forces are quite tightly controlling the situation developing on the border of Tajikistan and Afghanistan,” Zas noted, pointing to the urgency to provide technical assistance to the Tajik border guards. In this context, the Russian President made a proposal to Tajikistan to provide bilaterally some free material support in reinforcing the border with Afghanistan.

The heads of the CSTO member states suggested to reach a common ground on Afghanistan in a short time. Likely, it will be indicated in the joint statement of the foreign ministers, to be adopted during the session on 15-16 September 2021.

The Secretary General also told about CSTO drills program scheduled for the autumn. They include the major exercises of the collective rapid reaction forces “Interaction 2021”, exercises of logistics support systems “Echelon 2021”, intelligence exercises “Search-2021”. All these maneuvers will be focused on the task of suppressing the activities of illegal armed groups and designed to increase the readiness of the CSTO to overcome possible threats.

During the online meeting, the leaders of the CSTO countries discussed other proposals that will be finalized by the September summit.

After the briefing, Zas answered questions from journalists. Below is a summary of the answers:

Uzbekistan re-entry to the CSTO. The CSTO is ready to cooperate with Uzbekistan and such cooperation is already being implemented. The return of Uzbekistan to the group depends on the will of the Uzbek people and the leadership of this country.

Taliban and drug trafficking. Zas recalled that during the period of the Taliban’s rule, the flow of drugs from Afghanistan was reduced significantly, by 6-10 times according to various estimates. However, concerns were expressed that if the Taliban leadership would not be able to secure other sources of income, the reality would be downward. “If these promises [to reduce drug trafficking] are fulfilled now, of course, we can only welcome this. We hope that they will be implemented, ” the head of the CSTO said.

CSTO-NATO Cooperation. Despite the early attempts of the CSTO to establish cooperation on numerous areas, including Afghanistan, there was no any response from NATO. According to the head of the CSTO, “such interaction would be beneficial for the isolating threats emanating from Afghanistan.”

The Collective Security Council (CSC) is the highest body of the CSTO and consists of the heads of the member states. It considers the principal issues of the Organization’s activities and makes decisions aimed at the implementation of its goals and objectives, as well as ensures coordination and joint activities of the Member States for the implementation of these goals. The sessions of the CSC are held at least once a year. /// nCa, 24 August 2021