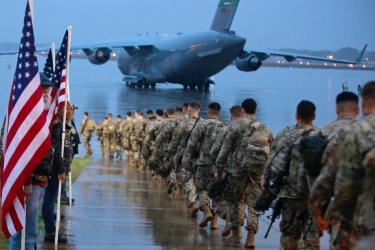 Having lost the war in Afghanistan, the USA is trying to gain a foothold in the Central Asian region, Russian Defense Minister Sergei Shoigu stated in an interview with journalists on Wednesday, 28 July. The statement was made in Dushanbe, where defense ministers of the Shanghai Cooperation Organization (SCO) member-states gathered for annual session.

“The United States has announced to everyone and widely: we are leaving Afghanistan. This is true. But at the same time, negotiations are underway with all the countries bordering Afghanistan on the opening of certain logistics centers, bases for the withdrawal of equipment from there and, of course, the creation of centers where refugees from Afghanistan could be sheltered, including those people with whom the United States has been collaborating for many years,” Shoigu said.

According to him, the Americans behave “quite vigorously and quite persistent.” 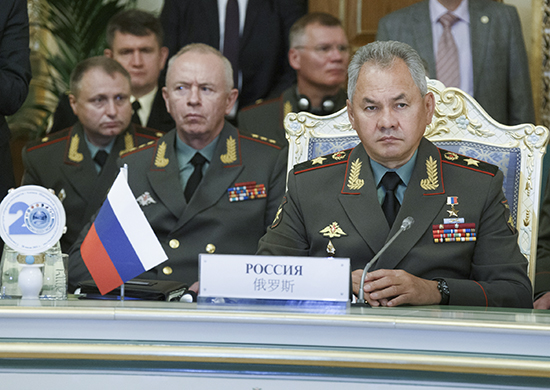 The General also mentioned the destructive role that the United States plays when it appears in one or another part of the world. He cited the situation in Syria, from where natural resources are being robbed, and the split of Libya.

The defense minister assured that Russia will provide military assistance to Tajikistan if the developments in Afghanistan jeopardize security in this country. First, the 201st Russian base will respond, as its mission is “to maintain stability and peace in this region of one of the CSTO members in Central Asia”, he added.

The pledge came to the point. Recently, the Russian Defense Ministry has recorded an intensive flow of ISIS fighters to the territory of Afghanistan from various countries, including Syria and Libya.

Russia has repeatedly argued that the main terrorist threat in Afghanistan is not the Taliban, but the ISIS. Moreover, Moscow has evidence that the United States is directly involved in the support activity for the ISIS on Afghanistan soil. The Russian foreign ministry has reminded some related facts during last press briefing.

Since 2017, unmarked helicopter flights have been observed within the locations of ISIS militants, more precisely, in the north of Afghanistan. Afghan sources reported that manpower aid, weapons and ammunition were delivered to the ISIS fighters by air. Similar operations were registered in the north-western provinces of Faryab, Badghis, and the northern province of Sar-e Pol. However, such activities could merely occur under the US-NATO go-ahead, since they fully control the Afghan airspace.

The US Air Force surgical strikes on the positions of the Taliban, battling with ISIS, in Nangarhar and Kunar (east of Afghanistan), in the northern province of Jowzjan also testify to the possible US-ISIS covert connection.

During his remarks at the meeting of the SCO defense ministers, Shoigu spoke about a series of multilateral military exercises that will take place in Central Asia against the backdrop of the growing terrorist threat emanating from Afghanistan.

So, next week, Russia-led drills will be held in Tajikistan and Uzbekistan. They are aimed at consolidating joint actions on fire defending and destroying gangs, conducting aerial reconnaissance and enhancing the protection of important facilities.

In September, the SCO military anti-terrorist command and staff exercise “Peace Mission-2021” will be deployed at the Donguzsky training ground in the Orenburg region (the Russian region bordering Kazakhstan).

In the fall, Kyrgyzstan and Tajikistan will host maneuvers of the CSTO Collective Forces. /// nCa, 29 July 2021