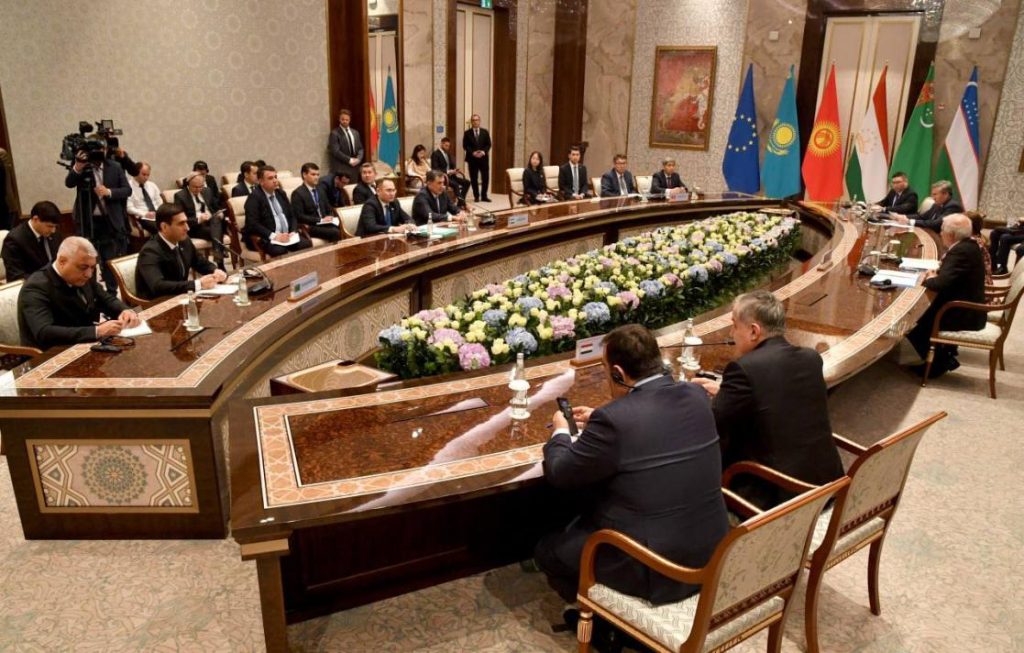 Turkmenistan invites the countries of Central Asia and the European Union to take part in the upcoming Ashgabat International Week in the second decade of December, in particular in the Conference “Dialogue – Guarantee of Peace”, which will be held in the Turkmen capital on 11 December 2022.

The invitation was announced by Deputy Minister of Foreign Affairs of Turkmenistan Vepa Hajiev during 18th EU-Central Asia Ministerial Meeting, held in Samarkand.

The head of the Turkmen delegation noted in his remarks that the current meeting is taking place a few weeks after the first Summit in the European Union–Central Asia format, and that the Joint Statement adopted following the summit serves as the basis for today’s discussions and should become the starting point for further discussions on a wide range of multilateral cooperation.

Hajiev strerssed that special emphasis is placed in this important document on the need to strengthen the principles outlined in the United Nations Charter, particularly the principles of peaceful political and diplomatic settlement of international disputes.

During the meeting, the foreign ministers and heads of delegations discussed topical interregional and global issues, including economic, trade and investment cooperation, interaction in the fields of environmental protection, water use and climate, as well as education, science and innovation.

The security issues, including the situation in Afghanistan, was touched upon.

The next ministerial meeting in the European Union–Central Asia format will be held in Brussels in 2023. ///nCa, 19 November 2022