Türkiye is a country which combines natural beauty with its magnificent history and handsomely advises all this!

Türkiye is located at the crossroads of East and West and attracts everyone offering synthesis of traditional and modern, old and new. Türkiye, with its stunning natural beauties and geographical wonders, is a place with the concentration of a great number of rich archeological sites which are an evidence of millennial history and breathtaking historical buildings of Ottoman Empire.

A bright and colourful way of life, enormous historical legacy, remarkable gastronomic impressions and fabulous views at every step….Istanbul, a historical capital of Eastern Roman and Ottoman Empire, unites modern culture with old traditions and reflects it for us in the best way. A historical peninsula included into UNESCO cultural heritage list, a social and political centre of Eastern Roman and Ottoman Empires, is an ideal place for acquaintance with historical wealth and bright architectural details of the city. St. Sophia’s Mosque dated back to the VI-th century is famous for its huge domes and colourful marble columns. Blue Mosque showcases its fame with six minarets. Topkapi Palace, the palace of sultans of the XV-th century, will give you a chance to discover Ottoman splendor and luxurious yards with mystic harem. When you get to the 6-th century Basilica Cistern, you will set off for a magical mystery tour.

At the end of the steep slope against Golden Horn Bay there is Galata Tower built in the year of 1348. For centuries it has remained the tallest tower in the city. Even today the panoramic view of the city from the tower top balcony is spectacular.

If you wish, you can to see this beautiful city, famous Maiden Tower, villas on the Bosphorus promenade and sultans’ summer residences during an intercontinental ferry trip or during a guided tour on the Bosphorus. However, Istanbul connection with the sea is not limited to the Bosphorus. You can visit the Prince Islands by making a pleasant ferry trip and get a chance to flee from this crowded city for a short time and be alone with nature.

Istanbul is a city full of thrills and endless entertainment. It demonstrates a modern side of the city, magnificent pieces of art, secret recipes of local dishes, as well as research in the field of fashion and object design which have been strongly influenced by the convergence of Asia and Europe. As concerns annual events, follow Istanbul year-round calendar of events and festivals including cinema, music, jazz, performing art, fashion and many others.

Cappadocia rocky settlements possess one of the world most unusual natural landscapes in the world. This settlement included into UNESCO cultural heritage list, has a tremendous historical significance and magnificent natural beauties.

Cappadocia located in the central Anatolia region, astounds with its caves, cracks, peaks, “fairy chimneys” and folds in soft volcanic rocks created by wind and erosion. Cappadocia which initially was inhabited by the Hittites, was a place of residence of almost all civilizations which had inhabited Anatolia during the whole history. Even today some local people are still living in these cave houses carved in tuffs. Some of these cave houses were transformed into hotels – don’t miss a chance to stay in one of these cave hotels! 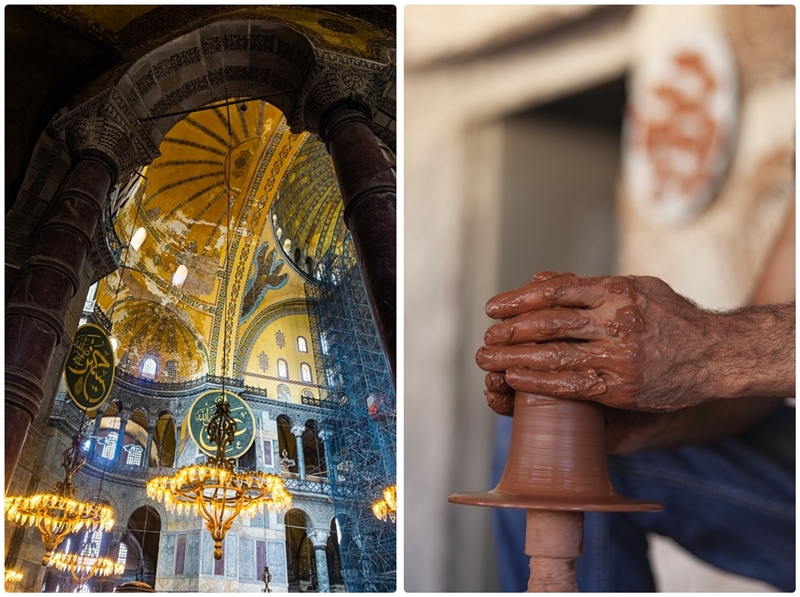 Cappadocia underground towns were home for the Hittites and early Christians who founded the first kingdom in Anatolia. Underground towns which such people as the Kaymaklys or the Derinkuyu had used as asylum from time to time enabled thousands of people to live their own life in total secrecy.

Museum Gereme under the blue skies and Ihlara Valley which are important religious centres of the spread of Christianity, offer to see unique samples of wall paintings and chapels carved in the caves.

Immerse into picturesque landscape of mother-nature. Take a trip in Ihlara Valley. Make a safari-trip by jeeps to watch the sun rise or admire shades of the sky at sunset. You will get a unique experience if you fly in a hot air balloon with spectacular scenery. If you want to discover a four-thousand year craft for yourself, join pottery workshops in Avanos.

For more information, visit the website: https://goturkiye.com ///nCa, 3 November 2022 (in cooperation with Embassy of Türkiye in Turkmenistan)