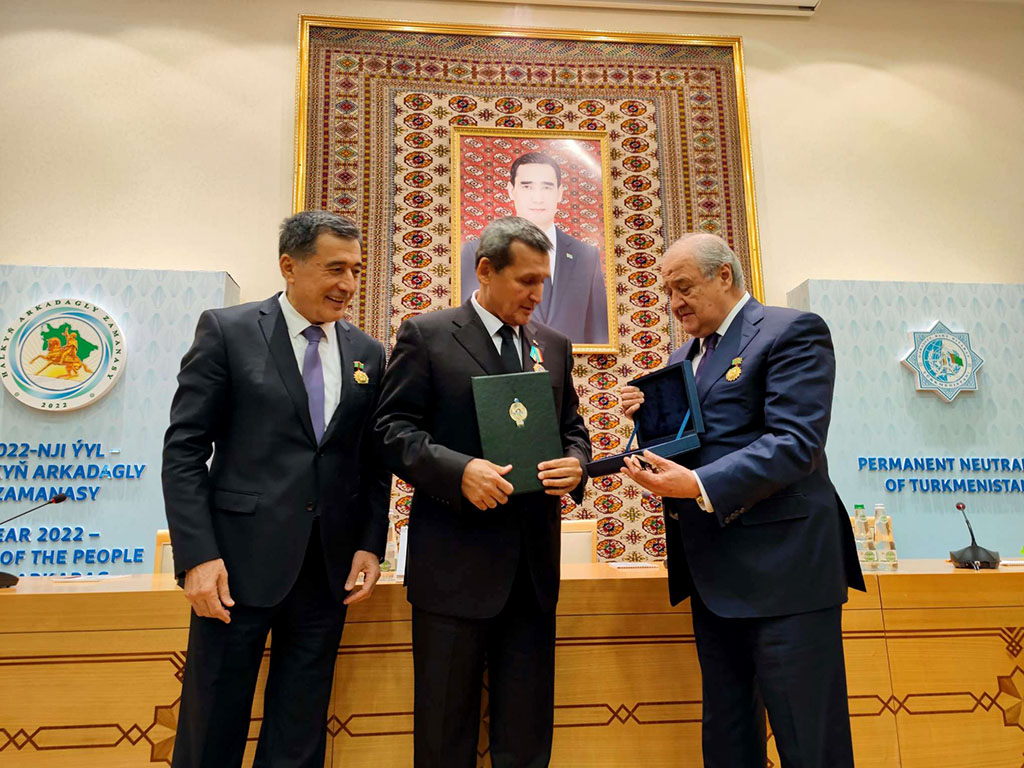 On Friday, 26 Aug, at the end of the inter-ministerial consultations, an awarding ceremony of the representatives of the Uzbek delegation with state awards of Turkmenistan was held in Ashgabat.

Deputy Secretary of the Security Council, special envoy of the President of Uzbekistan on foreign policy Abdulaziz Kamilov and acting foreign minister of Uzbekistan Vladimir Norov were awarded the Order of Turkmenistan “Galkynysh” (Revival).

According to the presidential decree, the order was conferred “for great merits in the development of economic, scientific, technical and cultural cooperation between Turkmenistan and the Republic of Uzbekistan”.