Home » President of Turkmenistan concluded his visit to Uzbekistan

Meeting in the Parliament of Uzbekistan

On 15 July, the second day of his official visit to Uzbekistan, President of Turkmenistan Serdar Berdimuhamedov had a meeting with the Chairman of the Senate (upper house) of the Oliy Majlis of Uzbekistan Tanzila Narbayeva.

According to the Dunyo news agency, during the meeting the parties noted that the inter-parliamentary dialogue has become an important part of deepening comprehensive cooperation and strategic partnership between the two countries. 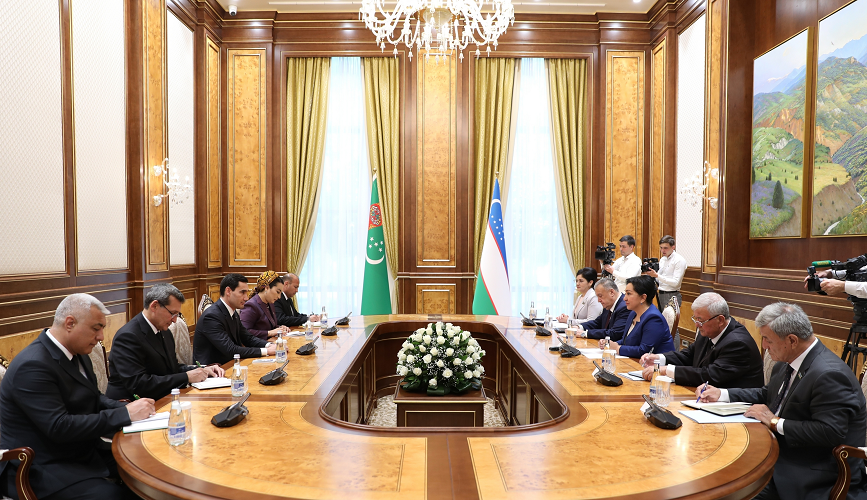 The activities of interparliamentary friendship groups established under the Oliy Majlis of Uzbekistan and the Milli Gengesh of Turkmenistan were praised.

The parties highly appreciated the outcomes of the first inter-parliamentary forum and the first meeting within the framework of the Dialogue of Women of Central Asian countries and Russia, held in Ashgabat in May 2022.

An agreement was reached on the exchange of experience on the implementation of national goals and objectives in the field of sustainable development, the expansion of cultural and humanitarian ties, the organization of joint events in all areas of mutual interest.

At the end of the meeting, the sides expressed their readiness to consolidate inter-parliamentary ties in the interests of the two fraternal countries and peoples.

First, the presidents visited the mausoleum of Islam Karimov. The Turkmen leader laid flowers at the grave of the First President of Uzbekistan. 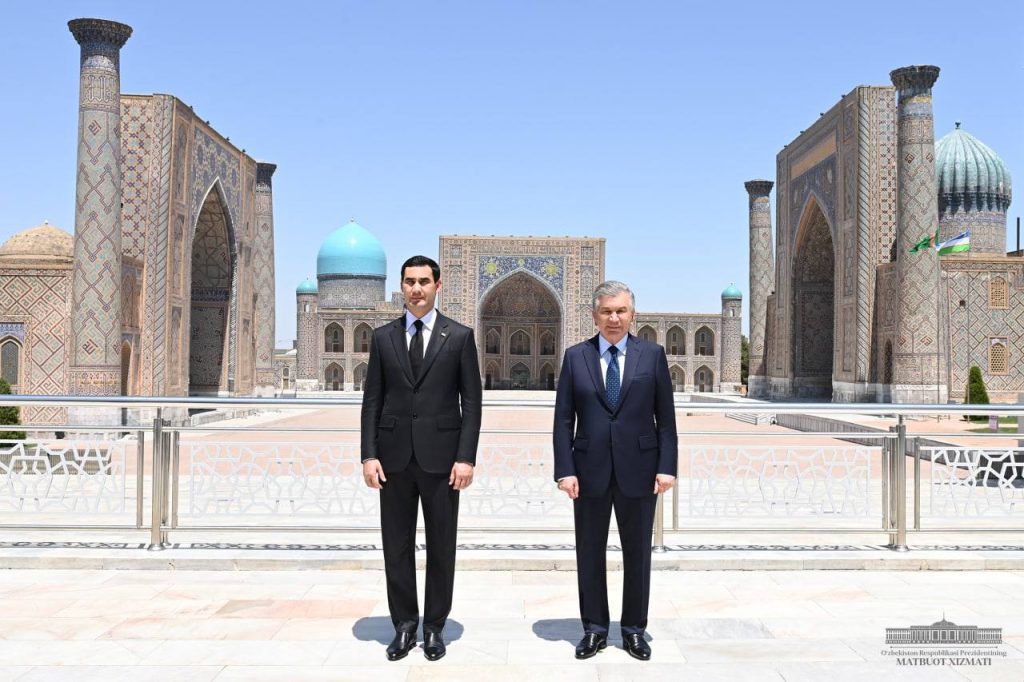 Architectural and archaeological monuments of Samarkand are included in the UNESCO World Heritage List. This city was one of the most important scientific centers and the crossroads of the main routes of the Great Silk Road. 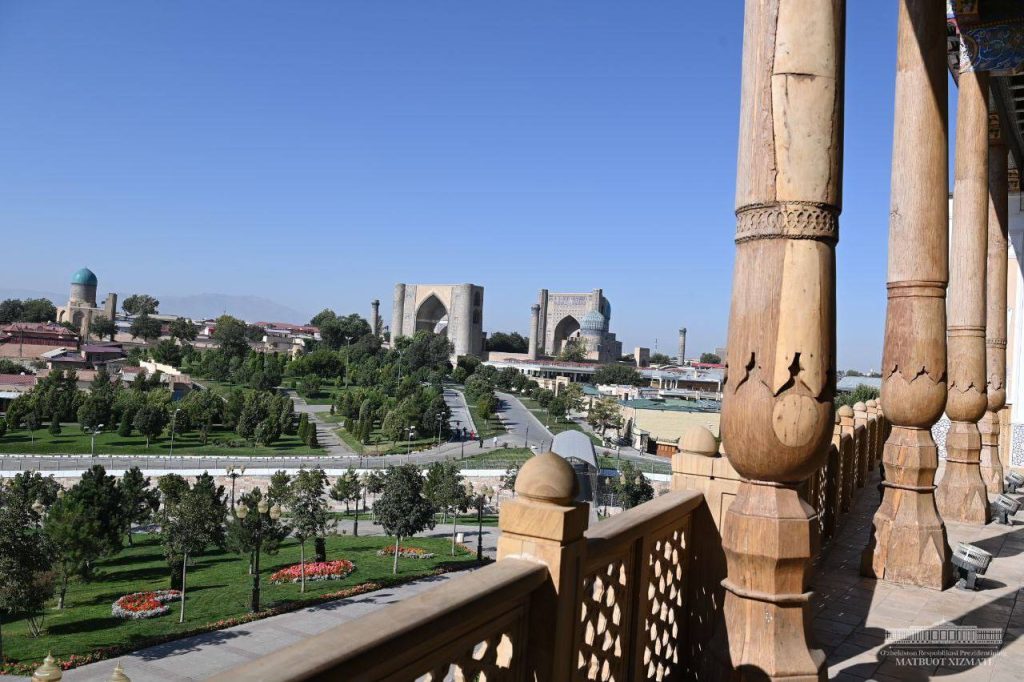 Mīrzā Muhammad Tāraghay bin Shāhrukh better known as Ulugh Beg was a Timurid sultan, grandson of Amir Timur. He lived in 14th-15th centuries and was notable for his work in astronomy-related mathematics, such as trigonometry and spherical geometry, as well as his general interests in the arts and intellectual activities. 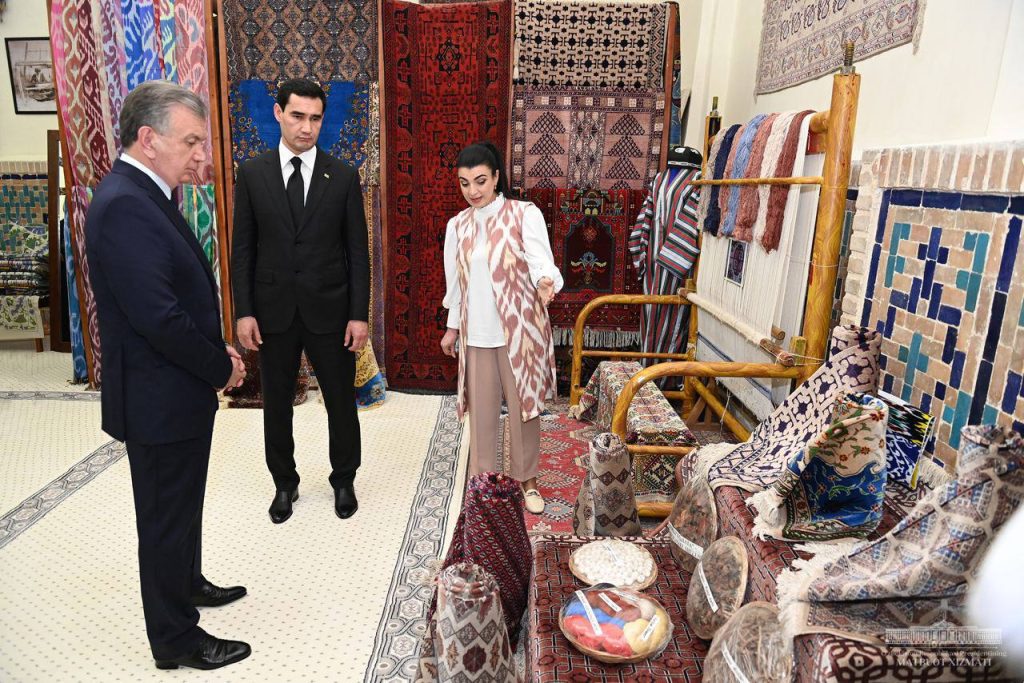 The complex is located next to the observatory of the great scientist and consists of two halls with six sections. It exhibits more than a hundred items, books, manuscripts, the original of the quadrant. The observatory was built between 1424 and 1429.

With the help of a unique quadrant with a radius of 40.21 meters, the height of the heavenly bodies above the horizon was measured when they passed through the celestial meridian. Thanks to observations from the Mirza Ulugh Beg Observatory, a catalog of the starry sky containing a description of 1018 stars was compiled. 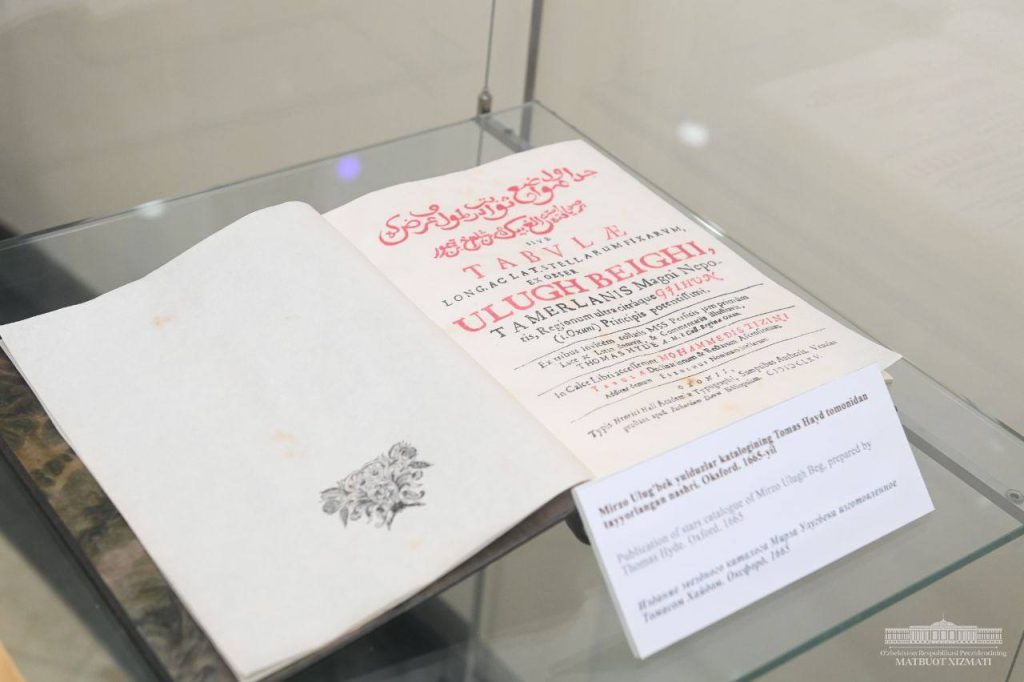 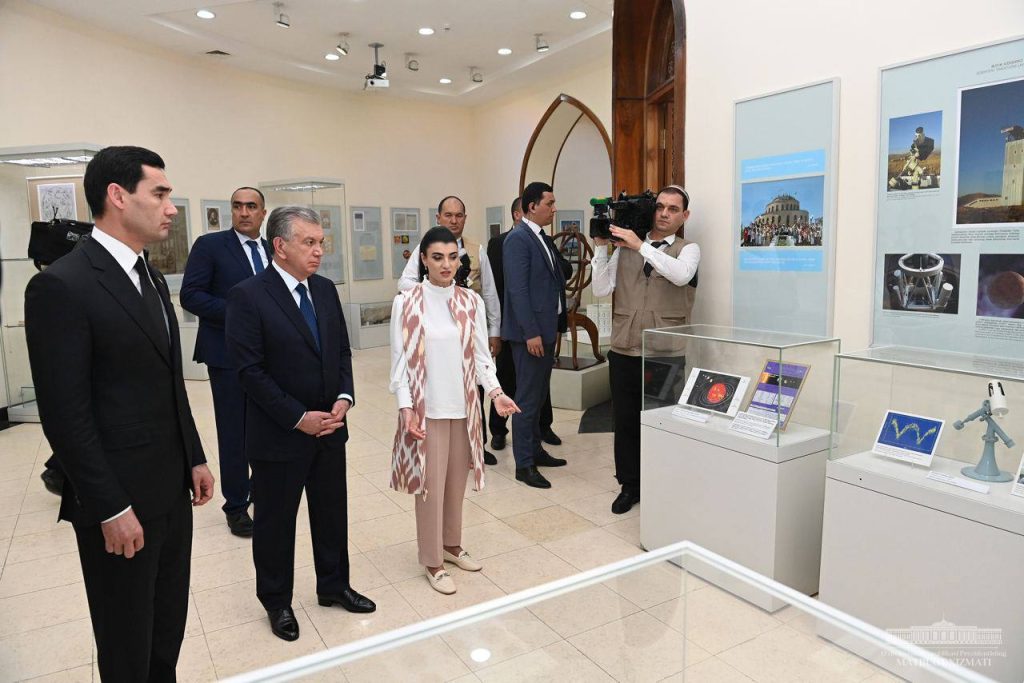 The Presidents of Uzbekistan and Turkmenistan visited the mausoleum of Amir Timur. The mausoleum is recognized as one of the masterpieces of Central Asian architecture and Islamic architecture.

Amir Timur was a founder of the Timurid Empire in and around modern-day Afghanistan, Iran and Central Asia. 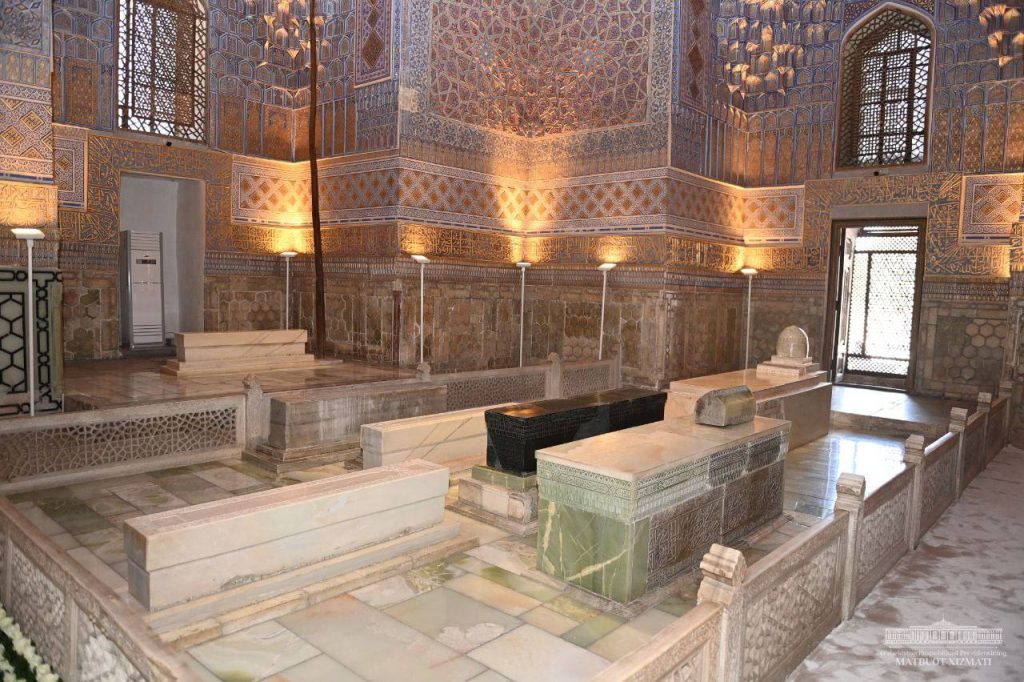 Then the heads of state proceeded to Registan Square, where the majestic architectural sites of the 15–17th centuries are located – three madrasahs – Ulugh Beg, Sherdor and Tillya Kori.

From Samarkand the President of Turkmenistan returned to Ashgabat. 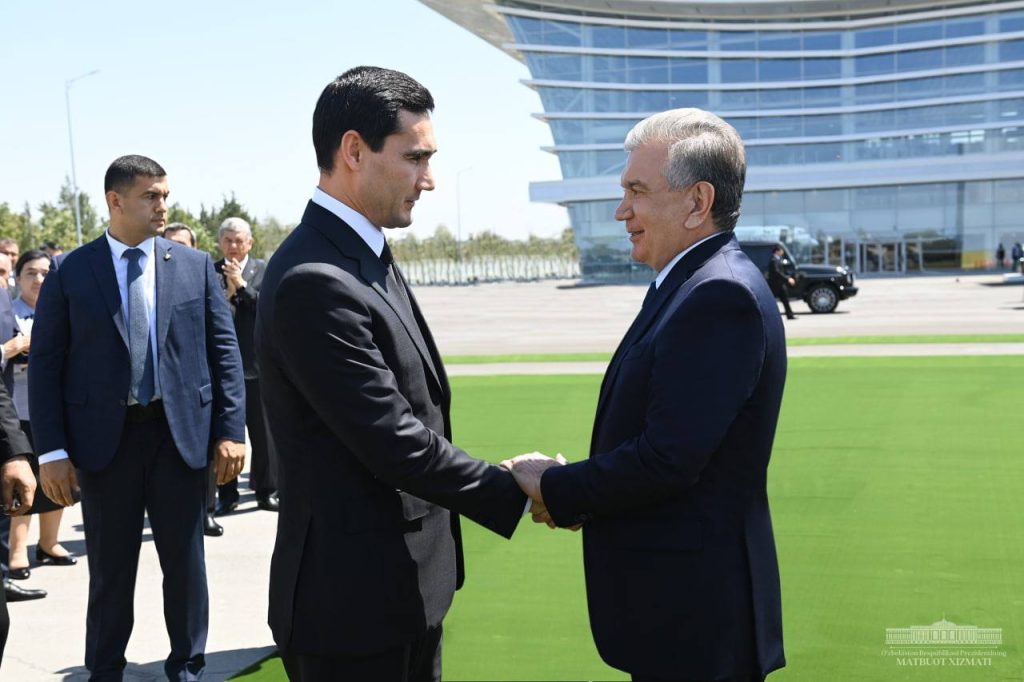