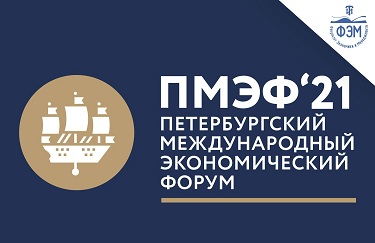 The St. Petersburg International Economic Forum (SPIEF) is an annual event, being held since 1997. It was initially a platform to discuss development, business and economy within the Russian Federation and CIS but the scope has gradually expanded to make it an occasion of global importance.

Since 2006, it has been held under the auspices of President Putin, giving it the status of a ‘presidential event.’

The 24th SPIEF was held 2-5 June 2021. The theme of the forum this year was: A Collective Reckoning of the New Global Economic Reality.

There was plenty of material this time to make it of special relevance to Central Asia.

The key feature of the forum was the address of President Putin at the plenary session. So, let’s start with that.

The complete text of the speech can be found at the official website of President Putin – http://en.kremlin.ru/events/president/news/65746

Right at the start of his speech Putin noted that the world was starting to recover from the ‘all-out 2020 slump.’

He quoted the assessment of experts that the global GDP growth this year could average out at about 6%. He pinned his observation with this upbeat assessment – “This, of course, was an effect of the large-scale and extraordinary decisions made by economic authorities worldwide. By the way, practice showed that traditional monetary policy measures would not be enough to overcome the current crisis. The budgetary policy that was actively supported by central banks in developing countries for the first time has played a key role in the rapid economic recovery.”

Whether intended or not, it was a direct nod to the policies of the central banks in Central Asia where the recovery is universal. The authorities in Central Asia would certainly benefit by looking at every new measure they took to bolster the economy, and retain what worked and discard what didn’t.

After commending the financial authorities, mainly in the developing world, Putin came to the subject of right against the pandemic, including the vaccination.

He said that Russia had created four vaccines, of which Sputnik V has been registered in 66 countries so far, which will potentially make it available to some 3.2 billion of population. He said that it was arguably the safest vaccine in the market. “According to our regulatory bodies, not a single death has been reported among those who received the vaccine,” said Putin.

He floated the idea of vaccine tourism. — He said, “The domestic pharmaceutical industry is ready to continue increasing the production of vaccines. We fully meet our own requirements and can give foreigners an opportunity to come to Russia for vaccination. Given the efficiency of our vaccines, I know that the demand for them is high. Moreover, it is now common practice for people from various countries, including entrepreneurs, heads of large European and other companies, to make special trips to Russia to be vaccinated against the coronavirus.”

However, if the Caspian littoral states join hands, the ‘vaccine tourism’ can be made a profitable branch of tourism. It stretches the imagination but it is certainly doable.

The period between the two jabs of vaccine and the observation period come to about 6-9 weeks.

Can we convince the people to spend 6-9 weeks away from their home country and promise them that they will not get bored? Also, can we prove that the money they spend on this kind of ‘vacation’ will be worth it?

If the Caspian littoral states court the idea of offering ‘vaccination tourism’ to the world, the first task would be to identify the category of people that can be offered this kind of package. — The main group that would pay attention to the offer would be the people who work entirely from their home. They don’t need to be in an office. All they need is uninterrupted, reliable access to high speed Internet connection without any restrictions. For them it would make no difference whether they are sitting in a suburban home in Europe or North America or a cozy cottage at a Caspian coast or in a cruise ship plying the green waters of Caspian. Their time in the Caspian space would still be their time spent in work.

If such people are the main target group for marketing the idea of ‘vaccine tourism,’ there can be a few subsets within this group. – 1. There would be the people who can benefit from medicinal properties of muds and waters found in several spots around the Caspian. They don’t need to go the health resort; the muds and waters can be brought to them at their place of stay at any Caspian coast. – 2. There would be the foodies who would love the idea of affordable caviar and Beluga. – 3. There would be the fashionable introverts – and, their numbers are growing – who would like to control how much or how little they mix with other people.

If the Caspian littoral states – Russia, Kazakhstan, Turkmenistan, Iran, and Azerbaijan – work together, it can be a comparatively small but fairly profitable branch of tourism.

During his speech Putin made an announcement which falls in the category of breaking news.

Here are few paragraphs from his speech:

“Incidentally, I would like to tell you in this connection that the laying of the first line of the Nord Stream 2 gas pipeline was completed today, two and a half hours ago. The work on its second line continues.

“In fact, the line pipe, including the offshore section, has been laid. The pipe in Germany is in place. Now parts of the pipe must be lifted and welded on the Russian side. That is all. Anyway, pipe laying is over.

“The readiness of the Russian line of the gas route to the Slavyanskaya compressor station was also ensured this week. Why am I talking about this? Because this station is one of the most powerful compressor facilities in the world and is a point of departure for the new gas pipeline. Slavyanskaya has been supplied with gas.

“To sum up, Gazprom is ready to fill Nord Stream 2 with gas. This route will create direct links between the Russian and German systems and will ensure energy security and reliable gas supplies for the Europeans, like Nord Stream 1. I must add that this project is profitable economically and fully conforms to the most stringent environmental and technical requirements.”

It is worth mentioning here that the combined annual designed throughput capacity of Nord Stream and Nord Stream 2 is 110 bcm (billion cubic meters).

The gas exporting countries of Central Asia would need to factor the Nord Stream pipeline system and see whether their own plans need some kind of adjustment.

When talking of the sharp decline in family incomes and available jobs, Putin made a pertinent observation.

He said, “We also know that the pandemic is not the only reason for the challenges we are facing such as a relatively high unemployment rate among young people or strained regional labour markets. We know we cannot blame everything on the pandemic, and we understand that some of these problems have a systemic nature stemming from unresolved structural problems in our economy.”

This is to the point. — Every system in every country, Central Asia being no exception, needs structural adjustments. The pandemic has actually been helpful in spotlighting the areas that need fine tuning.

In fact, Putin offered his own take a few paragraphs later.

“World history shows that the relaunch of the economy following serious shocks has always been connected to boosting investment in infrastructure, territorial development, new technologies and personnel training,” said Putin.

Central Asia is already going in the right direction; more needs to be done. /// nCa, 7 June 2021