Home » Russian Covid-19 vaccine to be produced in several countries 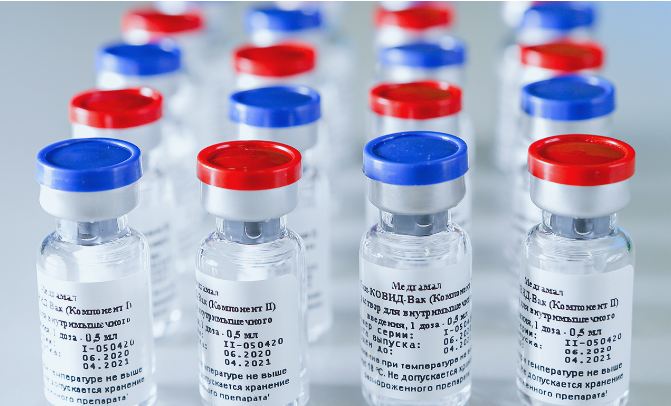 Mass production of the Russian vaccine against coronavirus infection can be launched in a number of countries – in India, South Korea and Brazil. In addition, the opportunities of producing the vaccine in Saudi Arabia, Turkey and Cuba is being explored, says the Russian Direct Investment Fund (RDIF), which funded the development of the world’s first officially registered vaccine against Covid-19.

“Together with foreign partners, we are already ready to ensure production of more than 500 million doses of the vaccine per year in five countries and plan to increase production capacity even more,” Interfax quotes Kirill Dmitriyev, head of the RDIF.

RDIF has received preliminary bids for the purchase of more than 1 billion doses of the vaccine from 20 countries, he said at a briefing on Tuesday. The United Arab Emirates, Saudi Arabia, Indonesia, the Philippines, Brazil, Mexico and India have expressed interest in importing the vaccine.

Now, after the registration of the vaccine, the third stage of its testing begins. The third phase of clinical trials will be held not only in the origin country, but also in Saudi Arabia, UAE, Brazil, India and Philippines.

In Russia, the start of general voluntary vaccination is scheduled for October.

The international name of the Russian vaccine is Sputnik V. The drug was called after the successful launch of the first space satellite by the USSR in 1957. The landmark event opened a new era in human space exploration and triggered both competition and partnership on the example of the joint Apollo and Soyuz joint mission of the United States and the Soviet Union.

Hopefully, the Russian vaccine Sputnik V, whose name is associated with an epochal scientific breakthrough, will lay the foundation for effective practical efforts in the international fight against the deadly disease.

More about the vaccine can be learned on the website – www.sputnikvaccine.com .

This is the first Russian information portal dedicated to the development of vaccination against coronavirus, which introduces experts and the general public to the details of creating a vaccine, its characteristics and action mechanism.

Currently there are about 165 different vaccines for COVID-19 being developed around the world. The main types of vaccines include: viral vector-based vaccines, virus-based, nucleic acid-based and protein-based vaccines.

The Russian Sputnik V vaccine is based on the adenovirus vector. What does this mean?

“Vectors” are vehicles, which can induce a genetic material from another virus into a cell. In this case, the gene of the adenovirus that causes the infection was replaced by gene with the protein code from the coronavirus spike. This spike S-protein forms the “crown” of the virus and is responsible for its binding to human cells.

The use of human adenoviruses as vectors is safe because these viruses, which cause common cold, are not novel and have been around for thousands of years.

Why was the vaccine developed in a short space of time? The technological platform of adenovirus-based vectors makes it easier and faster to create new vaccines through modifying the initial carrier vector with genetic material from new emerging viruses that helps to create new vaccines in relatively short time. Such vaccines provoke a strong response from a human immune system.

Human adenoviruses are considered as some of the easiest to engineer in this way and therefore they have become very popular as vectors.

How does the Russian coronavirus vaccine work? The vaccination with Sputnik V is carried out in two stages to ensure long-term immunity. 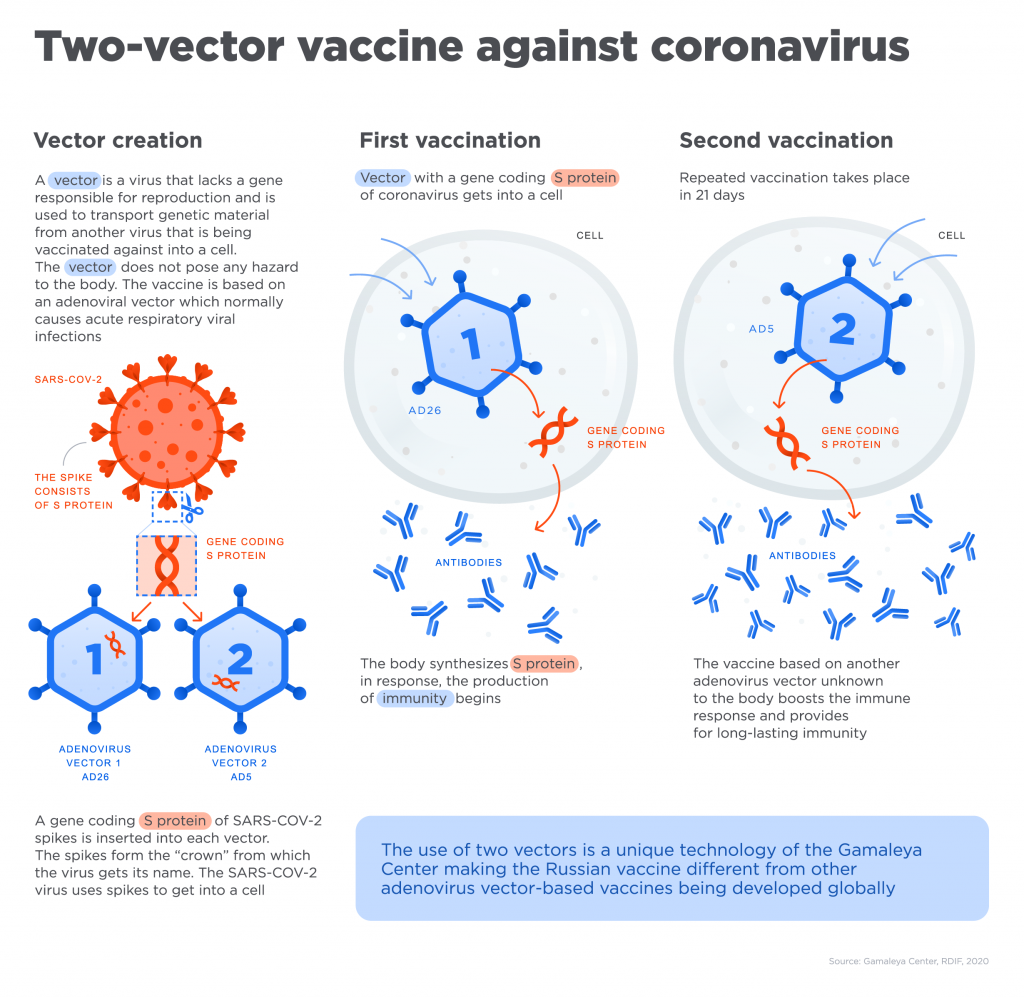 What are the possible contraindications for Covid-19 vaccination?

The vaccination against coronavirus can not be done for patients with serious chronic diseases and allergies, said the director of the Gamaleya Center Alexander Ginzburg in interview with Interfax on 11 August.

“Among the contraindications – serious chronic autoimmune diseases, in order not to exacerbate such of them as arthritis, arthrosis, acute stages, pollinosis, allergies to food,” he explained, recommending to consult an immunologist first, like in the case of other vaccinations.

Ginzburg told that for pregnant women, “there is no special need to use a vaccine,” but it is better to get vaccinated against both flu and coronavirus before pregnancy.///nCa, 12 August 2020 [Photo – https://sputnikvaccine.com/]