A briefing was held on 11 May 2019 where the Turkmen government and the UN agencies highlighted the various aspects of the active participation of Turkmenistan in the UN system.

Answering a question by nCa, Esen Aydogdyev, rector of Turkmen international university of humanities and development, and Ms. Natalia Gherman, the Special Representative of the United Nations Secretary-General for Central Asia, and the Head of the UN Regional Center for Preventive Diplomacy for Central Asia (UNRCCA) spotlighted the role of Turkmenistan in partnership with the United Nations for supporting the peace process and development assistance for Afghanistan.

Here is the transcript, slightly edited for clarity:

We believe that all the countries, the international community, should do their utmost to support Afghanistan. 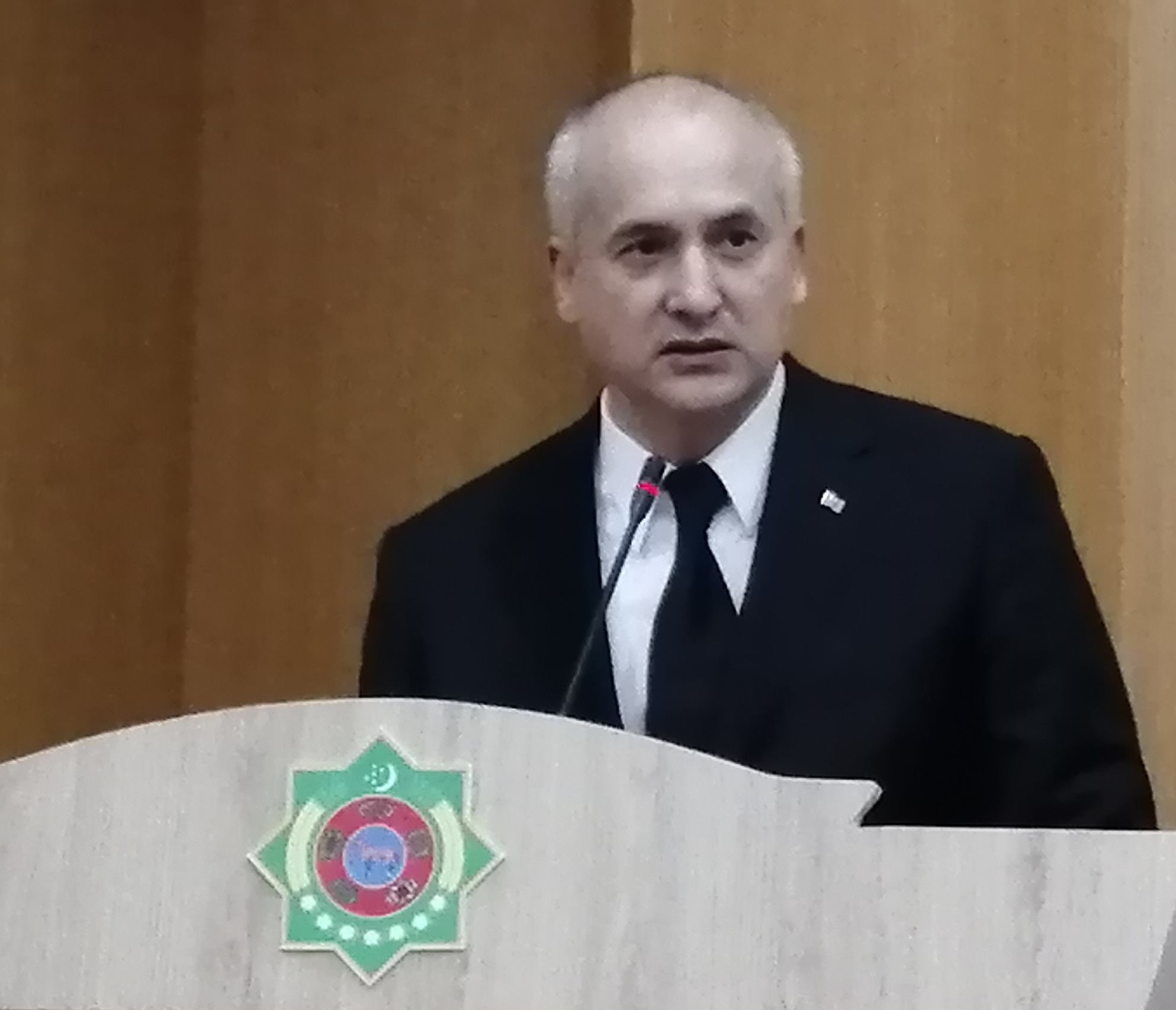 We ask everyone, we encourage the international community to engage in such projects that will help stabilize Afghanistan.

As you know, Turkmenistan as a neutral country has always offered its platform for negotiating peace in Afghanistan. Within the international organizations, within the various bodies that we are members of, we are continuing to promote this idea. We will continue to promote this approach.

Let me add on behalf of the United Nations to what the distinguished Mr. Rector just said.

There is very constructive engagement of all the Central Asia states including Turkmenistan with the neighbouring Afghanistan. This support has been manifested through the resolutions of the UN Security Council and the decisions of the UN General Assembly. 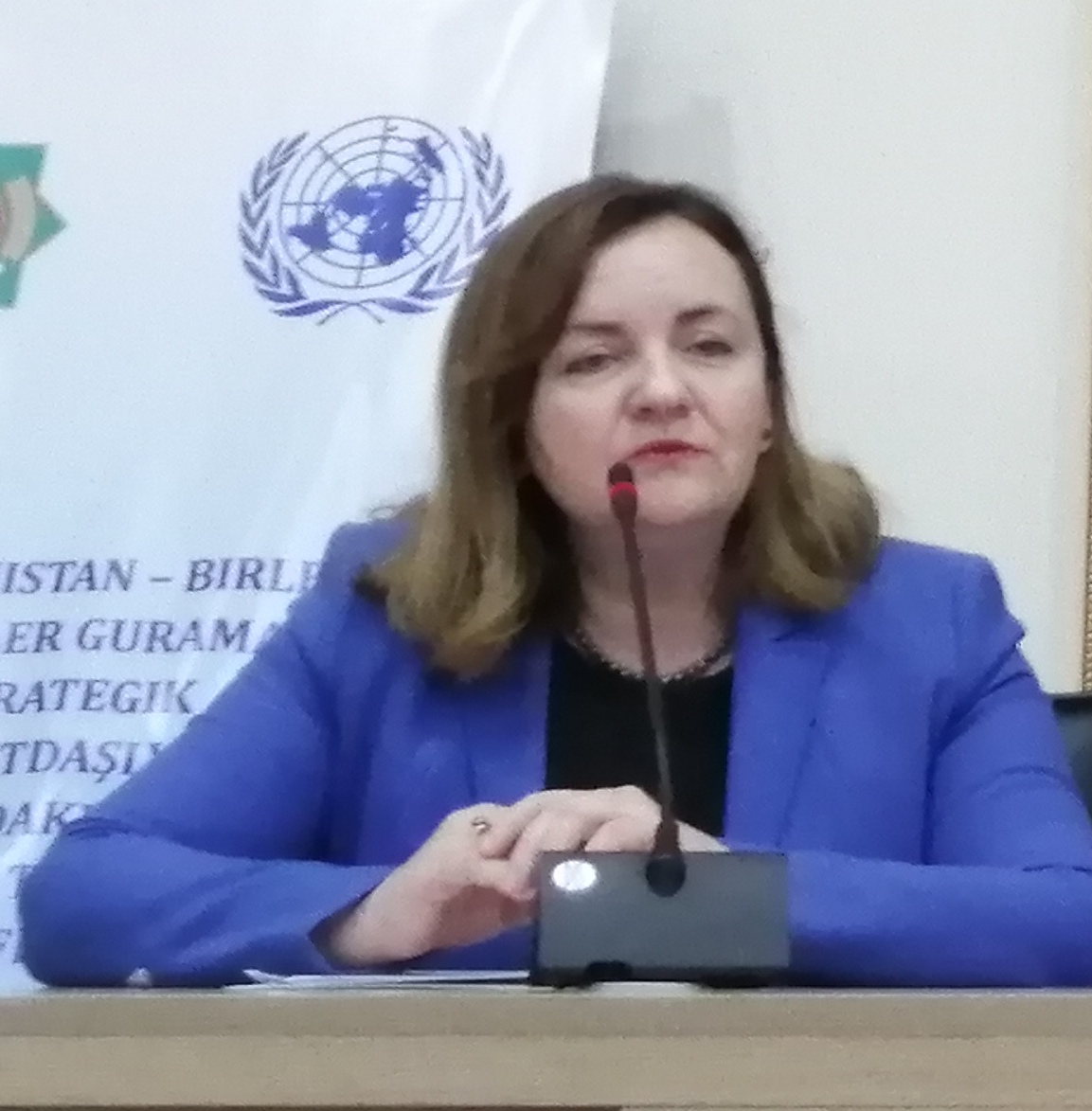 I think, one of the highlights of the expression of the UN support on the policy of engagement took place last year when one of the Central Asian states, namely Kazakhstan, joined as the non permanent member of the UN Security Council, and in January 2018, during the chairmanship of Kazakhstan there were a number of important discussions focused on how to actually draw the attention of the international community that can support the policy line of engagement.

Each of the Central Asian states is actively contributing toward this. I can mention here the projects that are aimed toward infrastructural and transportation connectivity.

Of course, everyone knows how important it is to develop the CASA 1000 project that connects Afghanistan with the bordering regions by means of electricity line and it will actually make Afghanistan and the Central Asia states important players in the international energy market.

There are also a number of humanitarian projects, and here I would like to mention that everyone is doing their own share. Turkmenistan is building hospitals, schools and mosques in the neighbouring Afghanistan, particularly in the northern provinces. Kazakhstan is leading the initiative in empowering the women in Afghanistan, harnessing the potential of the Central Asian women leaders. Kyrgyzstan is planning to organize an analytical centre on common issues. Tajikistan is engaged in trans-border cooperation which is aimed to curb the trans-national crimes such as illicit drug trafficking. Uzbekistan is organizing very large scale assistance, such as the educational centre in Termez, which is very close to the border with Afghanistan, providing the opportunity to the Afghan youth and Afghan women.

There are indeed many other initiatives that are showing that Afghanistan has actually become an important partner in the broader Central Asian region, and a partner whose involvement is actually considered a way to contribute to the overall security and stability in Central Asia.

There are two UN missions on the ground: As you know, I am the head of the special political mission of the United Nations in Central Asia, headquartered here in Turkmenistan, and we have our representatives and offices throughout the Central Asian countries.

There is the UNAMA, the UN Assistant Mission in Afghanistan, based in Kabul. We are coordinating and we are uniting the efforts to help this engagement and this connectivity for the benefit of the broader region.

Focusing on your question, I would like to say that the membership of these important structures and bodies of the UN that Turkmenistan is striving for and accomplishing, is meant to assist and mobilize the additional resources to bring peace, security, sustainable growth, and economic development for the country itself, but also to use them to bring more attention, to bring awareness, to the region, to the broader region, because by taking the platform of the UN structures you can bring awareness, you can inform the international community about the needs and necessities, about the risks and challenges.

It is also a great opportunity to share the important successes that the countries of Central Asia are obtaining here for years. In particular, in the recent years the regional cooperation has reached a new and important level.