Ashgabat, 14 June 2017 (nCa) — António Guterres, the UN Secretary General, visited Turkmenistan on 13 June 2017. After a round of profound and candid dialogue the UNSG and the president of Turkmenistan jointly addressed a press conference. 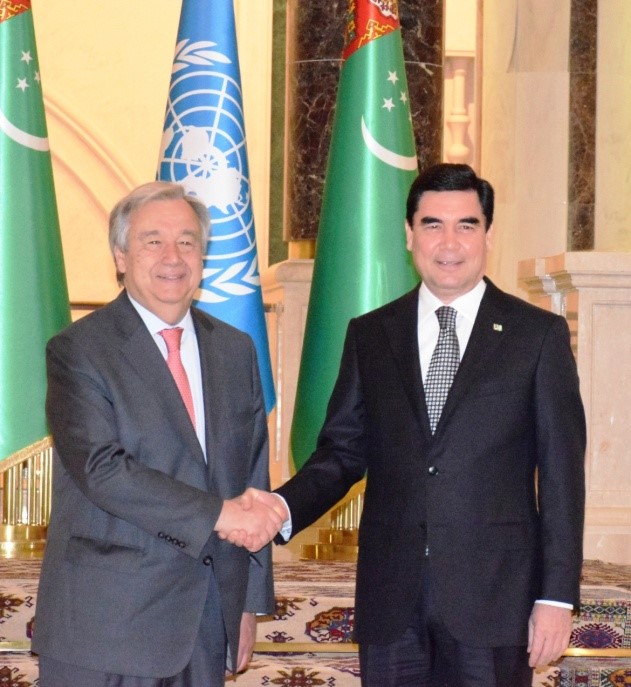 Later, Guterres chaired the UN-Central Asia ministerial level meeting on counter-terrorism and visited the new office complex of the UN system in Turkmenistan.

The talks between Guterres and Berdymuhamedov neatly fit the model of international relations of Turkmenistan, based on active and benevolent neutrality. 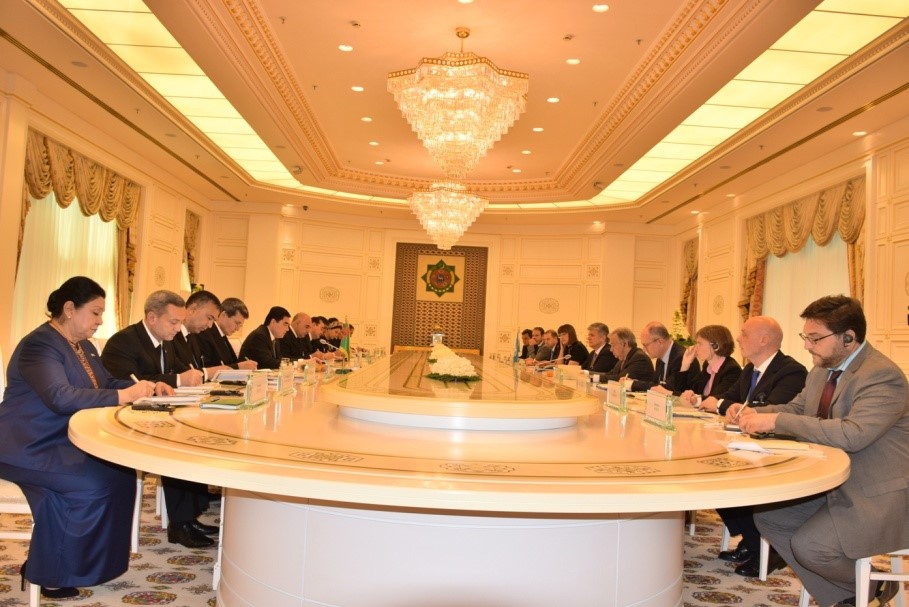 Here are the main points of the statements of Berdymuhamedov and Guterres (quotes paraphrased for brevity and clarity): 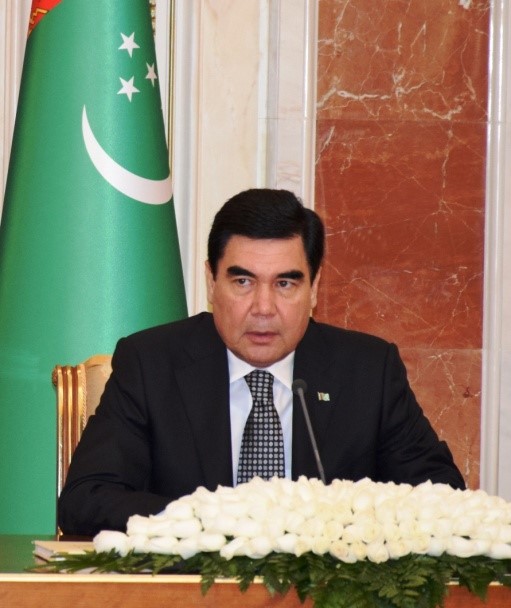 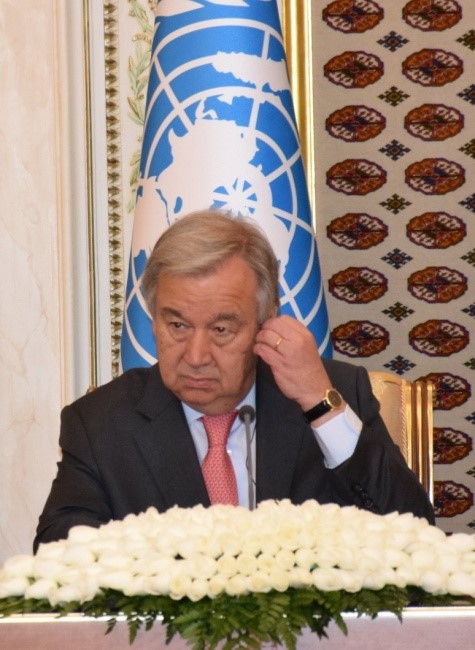 Guterres is the man for these times.

As prime minister of Portugal, Guterres turned the economy around, reduced budget deficits and increased the welfare spending. A socialist turned social democrat, he spearheaded massive privatization, reducing the public sector share of GDP from 11% to 5.5%, which led to increase in jobs and profitability of major corporations such as Portugal Telecom.

Guterrers is a devout Catholic but that did not prevent him from approving the decriminalization of drug use and legalization of same-sex civil unions, two issues on which the Church has different views.

As the UN High Commissioner for Refugees he maintained sharp focus on austerity and efficiency. Faced with enormous waves of refugees from Syria, he launched a USD 5 billion aid drive to deal with the challenge.

His decision to appointment of Angelina Jolie as the special envoy of UNHCR was a great success.

On taking over as the UN Secretary General of the United Nations on 1 January 2017, António Guterres pledged to make 2017 a year for peace. “Let us resolve to put peace first,” he said.

Peace, above all, is what the world needs today.

Let’s look at some of the far-reaching initiatives of Turkmenistan:

TAPI is at the threshold of implementation. Turkmenistan-China gas pipeline is the largest conduit of natural gas to China. There is the political will to supply gas in all directions including to Turkey and Europe.

Turkmenistan is relentlessly working for the creation of a binding mechanism for the safe and reliable transportation of energy resources across the borders. The chairmanship of the Energy Charter and the shepherding of the special working group at the UN are two platforms from which Turkmenistan is gathering the will of the world community for this cause.

Transport/Transit – Transport and transit are the backbone of commerce. Turkmenistan, together with Kazakhstan and Iran has built the railway line to connect the Middle East with Central Asia, China and Russia.

The Central Asia-Middle East corridor is the connectivity solution along the Kazakhstan/Uzbekistan-Turkmenistan-Iran to any country across the Gulf.

The country has offered to host a regional centre for environmental technologies under the auspices under the United Nations.

The chairman of Turkmenistan of the Aral Sea fund is another platform for promoting joint steps for ecological uplift.

President Berdymuhamedov has underlined in a number of his policy speeches that security is a holistic concept – no aspect of security can be detached and dealt with in isolation. — Connectivity, in this sense, is an essential part of the concept of security.

This is also what SDGs (Sustainable Development Goals) are all about. — Turkmenistan and the United Nations are on the same page. /// nCa