On 18 April 2019, after touring the Kiyanly polymer plant at the Caspian shore, a mega project done by a consortium led by the Korean companies, President Moon Jae-in said, “The complex in Kiyanly is only the beginning of bilateral economic cooperation, the potential of which is not only great, it knows no limits.” 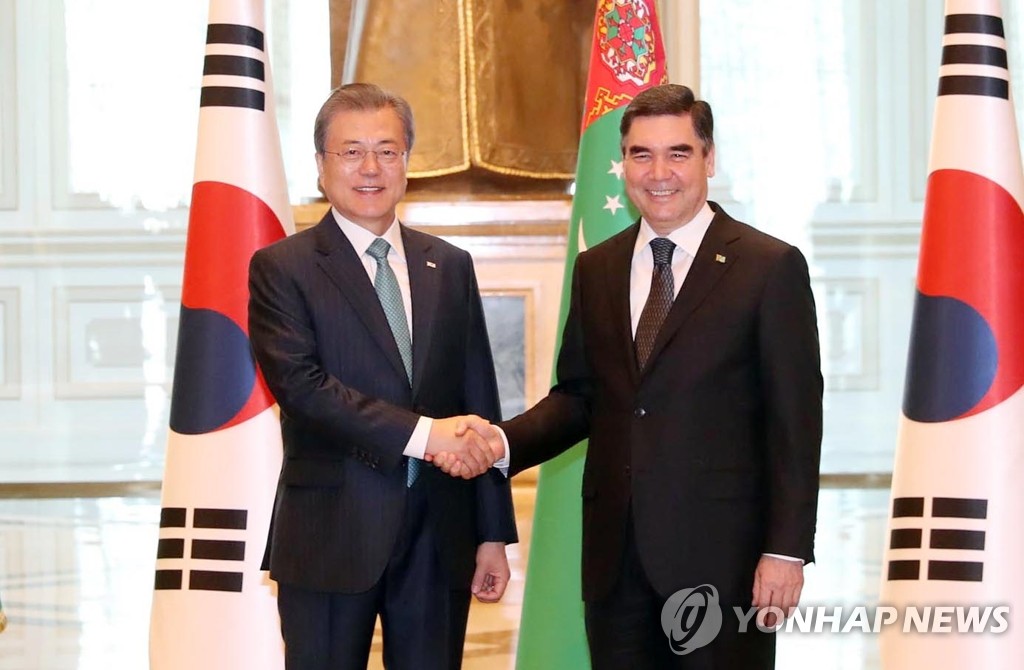 “And, this potential lies not only in the natural resources of Turkmenistan, but also in the diversification of its gas chemical industry, the creation of industries that produce products with high added value,” he said.

The Korean president underlined, “Moreover, the idea of ​​forming a transport hub of Eurasia in the country is progressing. This is combined with the new northern policy of Korea, within which cooperation with the countries of Central Asia and communication with the Eurasian continent is being strengthened”

A day earlier, during the summit talks with the president of Turkmenistan, the Korean head of state said, “The Kiyanly case shows Turkmenistan is the optimum partner for Korea.”

As mentioned at the start of this series, the recent changes in the dynamics of the bilateral and multilateral partnerships of Turkmenistan are driven by the spirit and vision of the seven year development plan for the period 2019-2025. 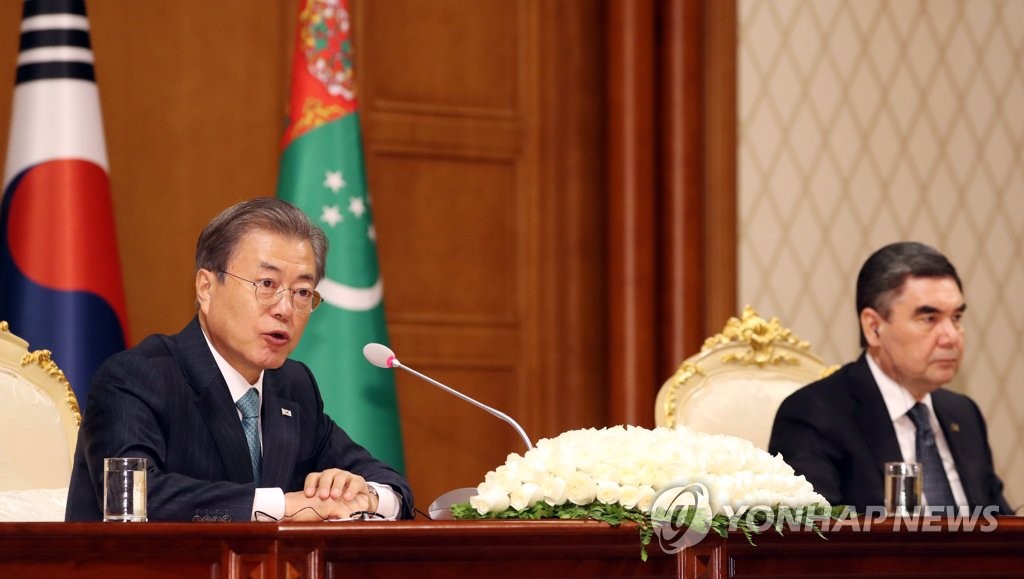 Because of the vast areas of compatibilities, Korea is a natural partner of Turkmenistan. The large number of documents signed during the visit of President Moon Jae-in testifies the fact:

Some of these documents were signed in the presence of the presidents at the end of their summit talks on 17 April 2018:

Several other documents were signed at government, institutional and other levels on the same day or a day earlier:

As can be seen from the nature of documents signed during the visit, the stress is not only on the expansion of partnership in the hydrocarbon sector but there is a acknowledgement of the that the knowledge and experience are the driving force for availing the inherent opportunities. 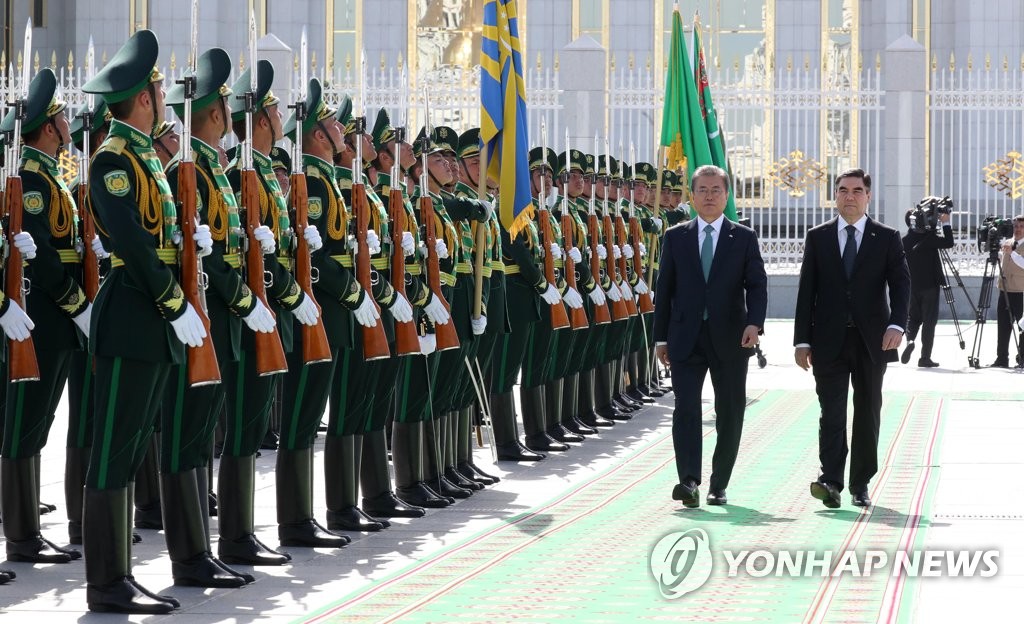 Para 10 of the joint statement issued by the presidents covers this aspect:

“10. The parties recognized that science, technology and information and communication technologies are the key driving force of economic and social progress and the development of innovations of the two countries, the need for a joint response to the impact of the emergence of new technologies on people, industry and society. The parties also expressed their wish that by transmitting the first experience of the Republic of Korea on commercializing 5G mobile communications in the world, the parties could successfully respond to questions arising from the fourth industrial revolution and continue to take advantage of the possibility of inclusive innovation growth. In this regard, the Parties reaffirmed the importance of the gradual expansion of cooperation in the field of science, technology and information and communication technologies through the implementation of policies.” 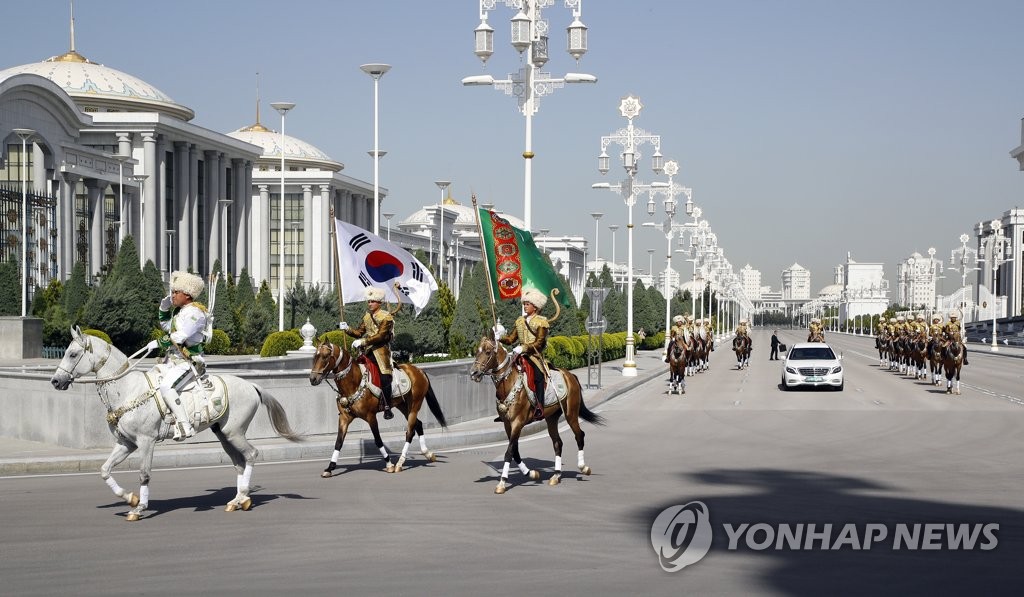 Aybek Nurjanov, in an article published by the Caspian News on 19 April 2019, writes:

“According to the 2019 Bloomberg Innovation Index, South Korea is the world’s most innovative economy –ahead of the United States, Germany, Sweden and Switzerland. South Korea is considered the mastermind of several technologies and gadgets that have spread across the world, such as the very first fully touch screen mobile phone; the mp3 portable digital audio player; a smart prosthetic skin; nano 3-D printing, as well as the steam mop and smart transportation card.

“South Korea ranks first in the world in terms of high-speed internet penetration. While Europe is still moving from 3G to 4G, South Koreans have already launched a more advanced form of communications called 5G. This technology was first introduced at the Olympic Winter Games held in PyeongChang, South Korea in 2018. A special wireless network was created by Intel and Korea Telecom specifically for the event, but unrolling the commercial network happened earlier this month.”

Partnering with Korea, therefore, affords Turkmenistan to convert its resource and human potential in the most efficient way. 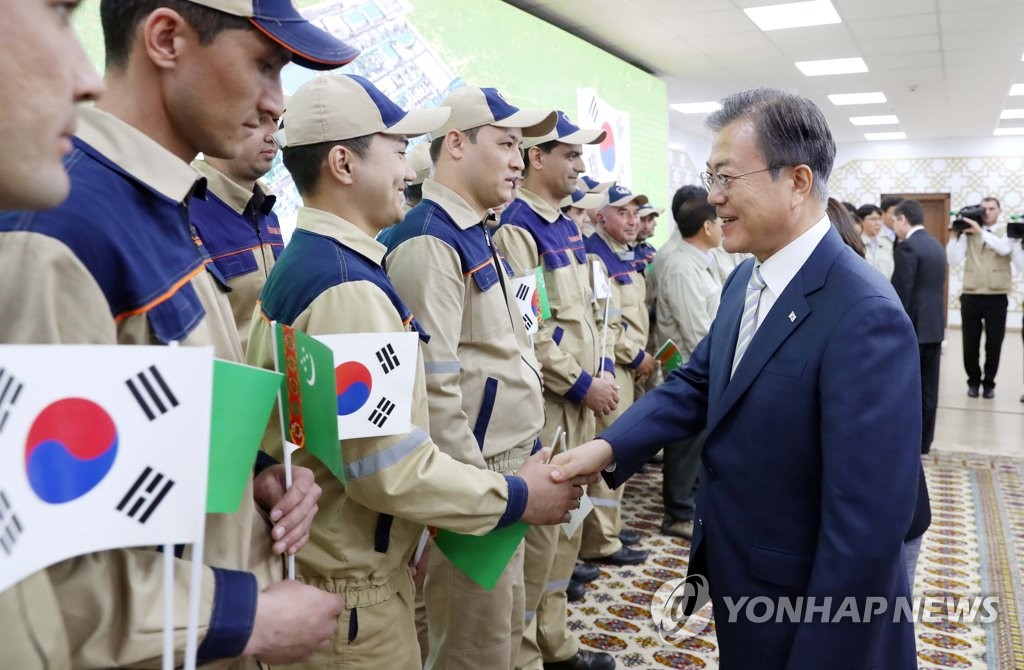 An important part of the changing dynamics of bilateral partnerships of Turkmenistan is to attach boosters to the process of development. One such way is to always keep an eye open for the chance to export its products.

As seen during the visit of President Moon Jae-in, the Korean firm LG International Corp. and Turkmengas signed an MOU to establish a firm that sells products made at the Kiyanly polymer plant.

This will not only shorten the break-even period of the plant but also open the prospects for more downstream projects where the partnership evolves with the progress of the project.

The profitability of partnership is subject to a number of factors, one of them being the application of innovative ideas.

This was evident during the visit of President Moon Jae-in to the Kiyanly polymer plant where he was presented a carpet made from the polymer fiber produced by the plant. 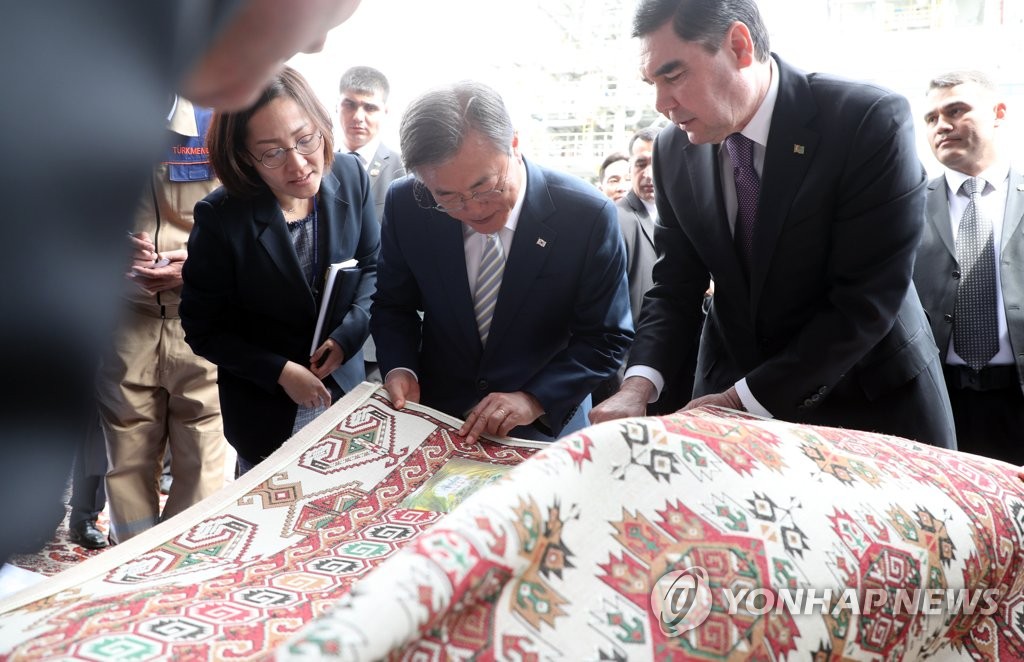 It combines the Turkmen tradition of carpet making with the technological edge of Korea. It is also the example of how the sum total of partnership can be larger than its component parts.

The teaching of the Korean language at the Azady institute of international languages is part of the drive to build the human capacity for the best use of knowledge and technologies from the partner countries.

This makes it possible for the people to interact directly with the friendly countries and engage in a mutually rewarding cooperation.

The South Korean first lady Kim Jung-sook, who accompanied President Moon Jae-in on the visit to Turkmenistan, attended a Korean language quiz show during the tour to the Azady institute of international languages. 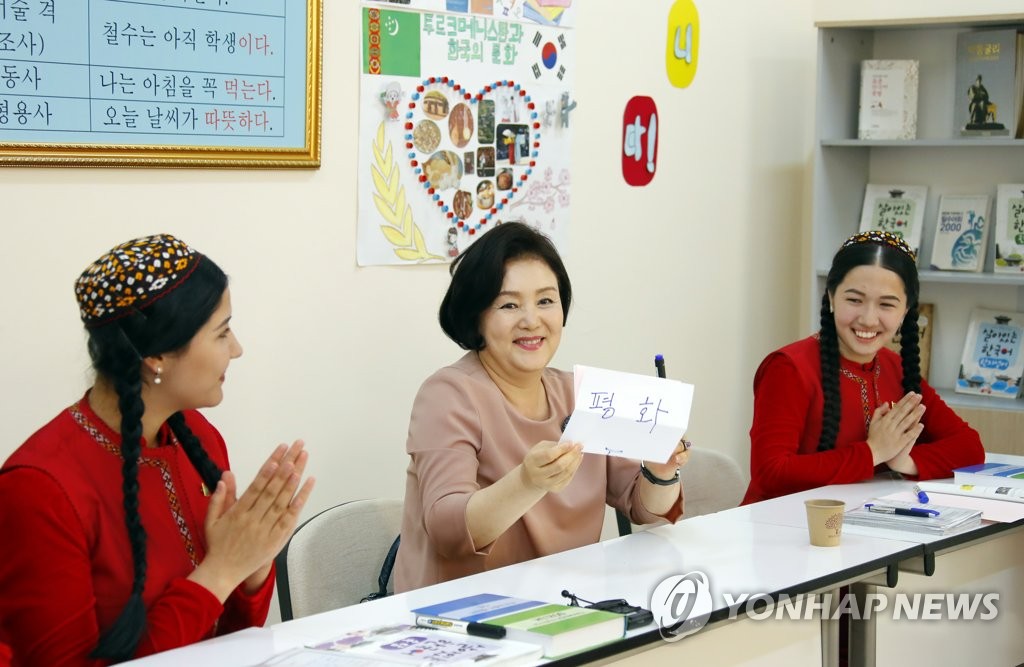 As noted earlier, Turkmenistan is determined to cut down its dependence on the sale of raw hydrocarbon resources. This can only be done by broadening the base of the economy, building the human capacity to make use of the new technologies, and strengthening the partnership with the countries that have the necessary areas of compatibility. It also entails a nonstop panoramic analysis of the changing nature of challenges and opportunities. 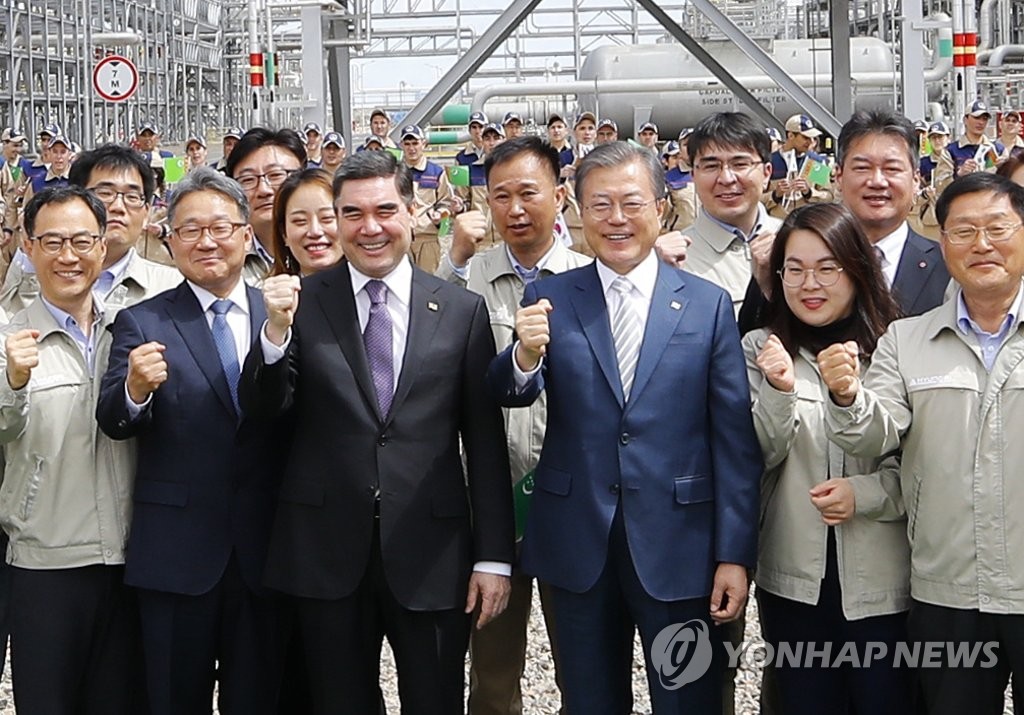 Together with Korea, Japan and Russia also feature prominently in the changing dynamics of bilateral partnerships of Turkmenistan. /// nCa, 22 April 2019 (all pictures copyright Yonhap)