The Consul of Turkmenistan in Astrakhan Guich Garayev visited the Republic of Kalmykia of the Russian Federation, the press service of the Government of Kalmykia reports.

During the meeting with Deputy Chairman of the Government of Kalmykia Svetlana Ivanova and Rector of Kalmyk State University named after B.B. Gorodovikov Badma Salayev, the prospects for cooperation in the field of scientific, educational potential and academic activity were discussed. 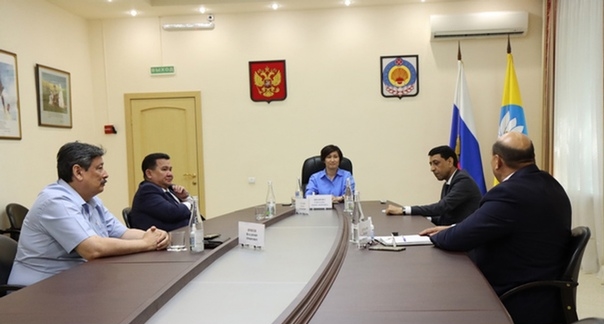 563 students from Turkmenistan study at Kalmyk State University. In this regard, the consul expressed gratitude to the management of the university for the high quality of education, friendly attitude to foreign students and the creation of comfortable conditions for studying and living.

According to Garayev, the task now is to build a bridge between the educational sphere and the economy. For example, the development of international cooperation can take place in the field of agro-industrial complex and petrochemical industry, the diplomat noted