Turkmenistan has issued a variety of new commemorative stamps in honor of the launch of infrastructure projects such as the Turkmen-Afghan link of the TAPI gas pipeline, the project of power lines Turkmenistan-Afghanistan-Pakistan, fiber optic lines, the opening of the railway Serhetabat-Torghondi.

The grand ceremonies on these projects took place on 23 February in Mary province of Turkmenistan with the participation of President Berdymuhamedov, President Ashraf Ghani of Afghanistan, Prime Minister Shahid Khaqan Abbasi of Pakistan, and state minister of external affairs of India M J Akbar and a number of delegations from friendly countries and some international financial instiutions. 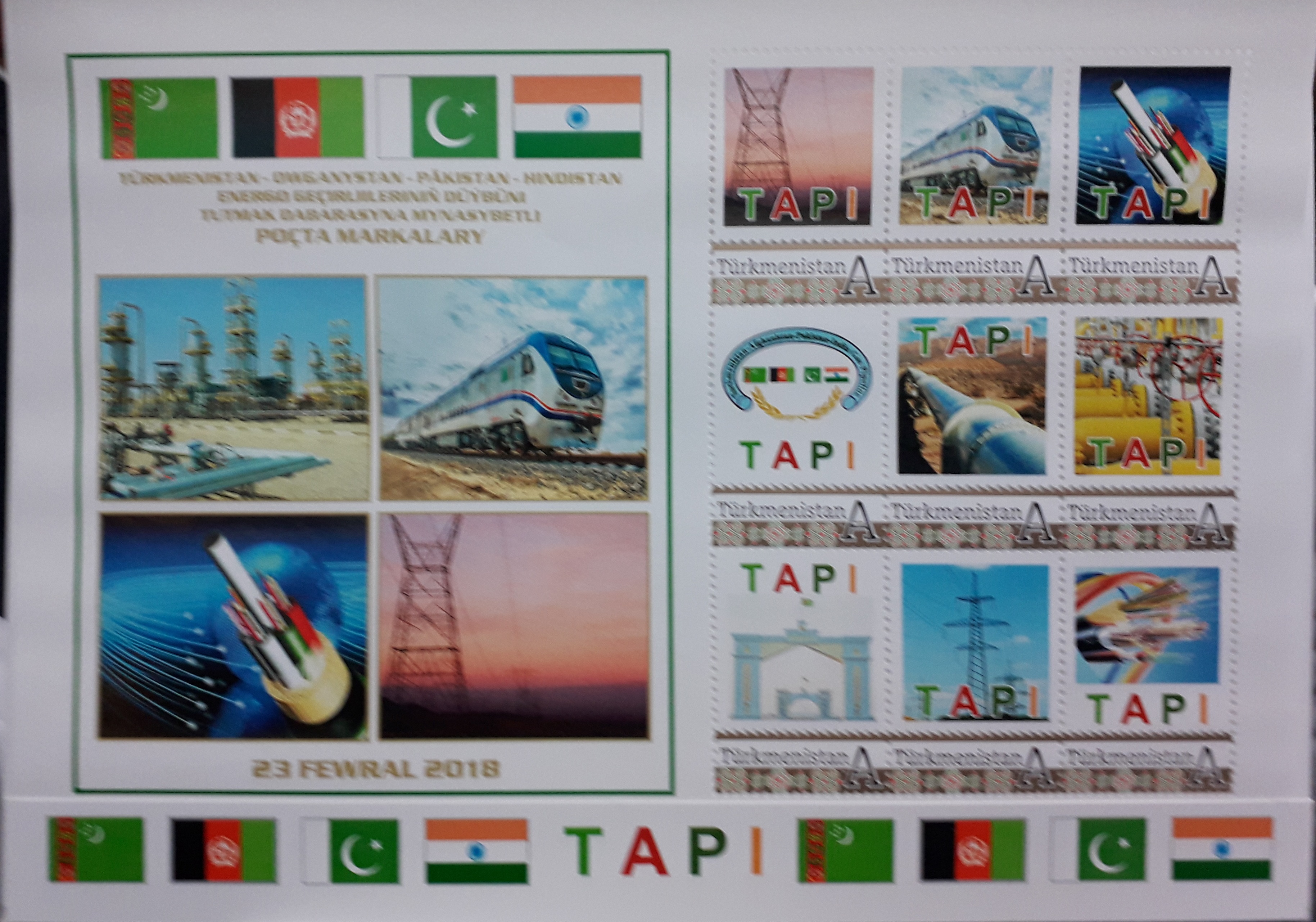