President Nursultan Nazarbayev of Kazakhstan, in his address published on 10 January 2018, has given the roadmap for ‘successful navigation and adaptation’ through the ‘Fourth Industrial Revolution.’ 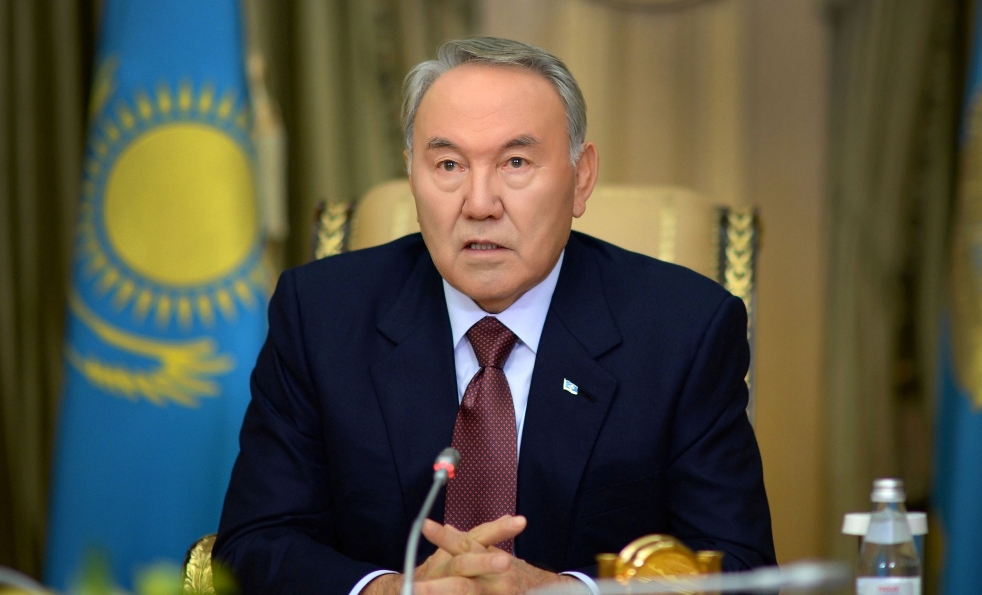 The new technological structure, which is increasingly taking over the world, fundamentally changes people’s habitual life, President Nazarbayev writes. At the same time, he notes the decline of the era of “oil abundance”, with the completion of which Kazakhstan, like many states, requires a new quality of development. Global trends show that this newest quality of life and progress should be based, first of all, on the wide implementation of the elements of the Fourth Industrial Revolution, the Kazakh president underlines.

He is sure that to enter the ranks of the leaders of the new world, Kazakhstan as the most prosperous Central Asian country has everything it needs. In particular, the experience of successfully overcoming the crisis periods of past years, a stable economy and attitude towards Kazakhstan in the world, which over the years of independence has become a kind of brand that inspires trust and respect among the entire international community. And here one cannot fail to note the recent achievements of the republic – the holding of the International Specialized Exhibition EXPO-2017 and the entry into the UN Security Council as a non-permanent member. Kazakhstan, it is worth emphasizing, became the first country in Central Asia – a member of the UN Security Council and in this honorary status the republic will represent the interests of the entire region throughout the current 2018.

However, Kazakhstan’s current achievements, says Nursultan Nazarbayev in his address, are not a guarantee of tomorrow’s success, but a reliable basis for further development and growth. And there is special emphasis on technological growth, which will be achieved by 10 concrete, and clear tasks, which he proceeds to outline in his address.

First of all, industrialization should become the flagship of the introduction of new technologies. At the same time, the reference point to the processing sector with high labor productivity remains unchanged. However, President Nazarbayev notes, industrialization should become more innovative. The “digital era” in Kazakhstan’s industry will come when new instruments aimed at modernizing and stimulating technology transfer will be developed and tested for the enterprises of the country. And here it is necessary to digitize several industrial productions in a pilot order, the head of the republic gives one of his first instructions.

In addition, he instructed to pay special attention to the development of its own ecosystem of innovators, which should be created around Nazarbayev University, IFAC and the International Technopark of IT start-ups. The head of state pointed to the need to develop legislation aimed at stimulating the demand for new technologies from the real sectors of the economy. It is necessary to work out in advance a coordinated policy on the employment of the redundant labor force due to the digitization of the economy, the President noted. He instructed in 2018 to begin the development of the third five-year industrialization plan, devoted to the development of the industry of the “digital age”.

The second task concerns the development of the resource potential. Here, the President of the country notes the need to critically rethink the organization of commodity industries and approaches to the management of natural resources. It is important to increase the requirements for energy saving of enterprises, the head of state believes, as well as the environmental friendliness and efficiency of energy suppliers. Heads of the regions need to take measures to modernize and recycle technical and household waste with business involvement. The next direction, which requires a radical reorientation to enter the world markets, is the agro-industrial complex, Nursultan Nazarbayev believes. A key role should be played by graduates of agrarian universities who “will really work in agribusiness or engage in scientific activity,” the President of Kazakhstan underlines in the document. Support from the state should be expected for effective users: Nazarbayev instructed to shed ineffective subsidies to reduce the cost of bank loans.

The fourth task is aimed at increasing the efficiency of the transport and logistics infrastructure. Here the introduction of digital know-how should ensure the interaction of all links of logistics. In general, the annual revenues from transit in 2020 need to be raised to $ 5 billion. Meanwhile, the transit of goods in the past 2017 has already grown by 17%. In particular, it is necessary to introduce an intelligent transport system, and to increase the amount of funds allocated annually for the repair of local highways to 150 billion tenge. The Kazakh president called for the implementation of modern technologies in the housing, as well as the communal sectors. In 2030 every Kazakh will have 30 square meters of housing (now it is 21 square meters). Achieving this goal will entail “new methods of construction, modern materials, fundamentally different approaches in the design of buildings and urban planning.” The head of the republic commissioned to equip all infrastructure facilities with “intellectual management systems”, which would require a change in legislation, including in the sphere of natural monopolies.

The President of Kazakhstan notes the importance of “resetting” the financial sector. “The National Bank and the Government should jointly solve the issue of providing long-term business lending at rates that take into account the real profitability in the sectors of the economy,” the head of state said. He stressed that the shareholders of banks withdrawing funds to the accounts of affiliated companies should be held accountable.

Particular attention in the address was given to the people of the republic – the human capital, as a basis for modernization. From 2019, uniform standards of programs will be introduced in kindergartens, developing “social skills and self-study skills”. In 2021, the transition to updated content in the secondary education sector will be completed. Moreover – since the beginning of this year, teachers who have switched to a new content, will begin to receive a salary with a 30% premium, the document says. According to the President, everywhere on the basis of palaces of schoolchildren, it is necessary to create a network of children’s technoparks and business incubators with all the necessary infrastructure. He commissioned the university science with a priority on research in metallurgy, oil and gas chemistry, agro-industrial complex, bio- and IT-technologies. “It’s time for education to be treated as a separate branch of the economy with its investment projects and export potential,” the head of state said.

Officials from healthcare, Nazarbayev instructed, should transfer “from ineffective and costly for the state medical examination to management of major chronic diseases with the use of remote diagnostics, as well as outpatient treatment.” In addition, he instructed to establish a scientific oncological center, as well as to develop a new version of the code “On the health of the people and the health care system.” As for the sphere of employment, here the reserve of economic growth is the unemployed and self-employed, the president of the country points out. He instructed to simplify the process of registering the self-employed as much as possible and introduce an electronic labor exchange, the relevant law for which would be adopted by April 1, 2018. He also stressed that reforms in the pension system require every Kazakhstani citizen to “seriously approach the legalization of their work activities.” In the meantime, the state is strengthening state support measures for disabled citizens and since July 1, 2018, introducing state assistance for parents caring for adults of the 1st group of disability from childhood.

The eighth task is devoted to improving the effectiveness of public administration. And here the head of state talks about measures to improve the business climate. “It is important to accelerate the adoption of a law aimed at further deregulating the business,” the message says. The President of Kazakhstan insists that entrepreneurs can get state support on the principle of “one window”, and individual state services – on the principle of “one statement”. The government was instructed to prepare a new package of systemic measures to pull the business out of the shadows, as well as accelerate privatization, expanding its plan at the expense of the subordinate organizations of government agencies. In addition, a separate line is stated in the Message on the continuation of the preventive fight against corruption, as well as the strengthening of the rule of law. And in conclusion, Nursultan Nazarbayev stated about the need to further transform Astana into a kind of reference sample of the so-called SmartCity and spread the best practices of the country’s main city in the regions. “Smart cities” will become the “locomotive” of regional development.

Summarizing what was said in his annual address, the head of Kazakhstan noted the importance and significance of rallying Kazakhstanis into a single nation – “a nation on the threshold of historical ascent in the conditions of the Fourth Industrial Revolution”. The most important thing is already there – thanks to political and economic stability, as well as public consent, the republic has already begun to modernize the economy, politics and consciousness. /// nCa, 25 January 2018