You are here: Home / Articles And Reports / Independence Day Celebrations in Turkmenistan – Interpretation of Symbolism

Ashgabat, 30 October 2017 (nCa) — The correct interpretation of symbolism is the key to understanding the new and emerging development and partnership trends in Turkmenistan.

The last three days of the marathon celebrations related to the 26th anniversary of independence especially important as President Berdymuhamedov received a number of guests who had arrived for the celebrations, there was a civil and military parade, a new medal in the name of the father of the president was constituted and awarded, and there was a day of horse races.

On 26 October 2017, President Berdymuhamedov had separate meetings with the following:

These are all long-term partners of Turkmenistan, having done various projects in different sectors of the country.

The meetings were more than symbolic in nature – the sides discussed new formats of partnership; this was actually the occasion to start as to how the future can be built on the successes of the past.

Even though neither Turkmenistan nor the companies that had the meetings on 26 October would like to give any details, some pointers are available already:

There were some noteworthy features in this year’s parade.

As opposed to the previous practice, there were no separate floats for each province and the metropolitan Ashgabat. Instead, the entire nation was represented behind one float. This is significant when we recall that the Elders Council, which was just a consultative body, has recently been abolished and in its place Peoples Council has been created which would wield considerable powers. The people from all walks of life and from all areas of Turkmenistan walked behind one float in the parade. It reflects the nature of the Peoples Council, where all segments of the society would be represented for creating the collective voice of the country.

In the sectoral floats, the stress was on what is going to happen instead of what has happened. For example, the float and contingent of the transport and communications sector had a large group carrying the replicas of solar panels. This is where the country is going – toward knowledge-based economy, benefiting from the best experiences in the world.

The military part of the parade consisted of carefully selected hardware. The display of composite power was rather modest. The discernible statement was that Turkmenistan is a neutral country with a military doctrine that is purely defensive in nature; while there are no aggressive designs toward anyone, the country is quite capable of defending its air, land and sea frontiers.

A new medal – Myalikguly Berdymuhamedov Medal – has been introduced in the name of the father of the president, who has a long record of service in the interior service of the Soviet Union and later in Turkmenistan, and retired as a colonel.

The medal, available to the uniformed officers and personnel, was awarded to all the heads of armed forces and law enforcement agencies, and a number of officers of different services.

This medal is clearly intended to streamline the sense of patriotism and loyalty while acknowledging the good work of the officers and staff. Medals of this kind also promote the spirit of compradeship.

As per tradition, the Independence Day celebrations culminated in horse races on 28 October 2017. The president usually doesn’t attend these races but this year he was present at the racecourse.

Cash prizes were given to the winning riders. /// nCa

Some pictures from the parade: 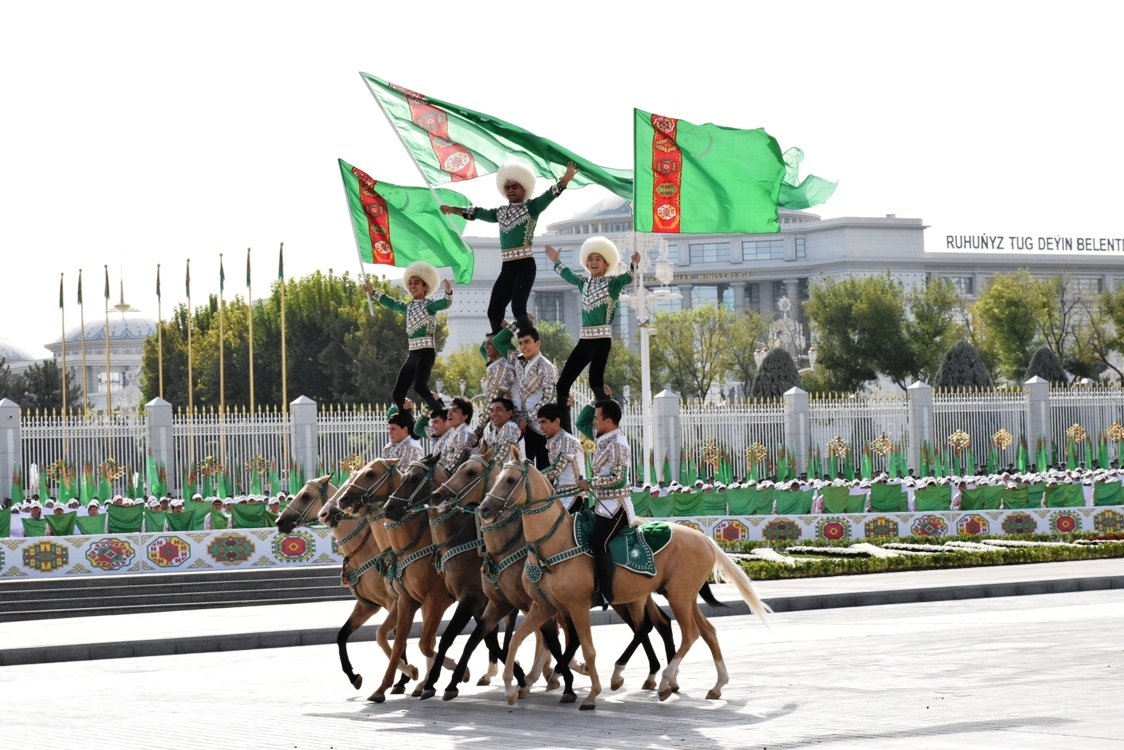 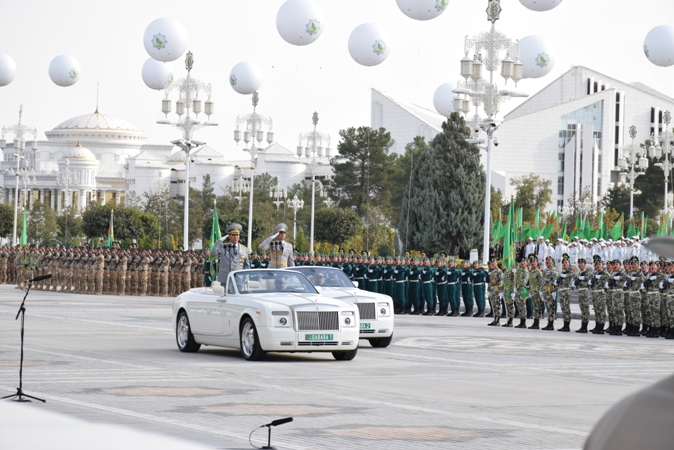 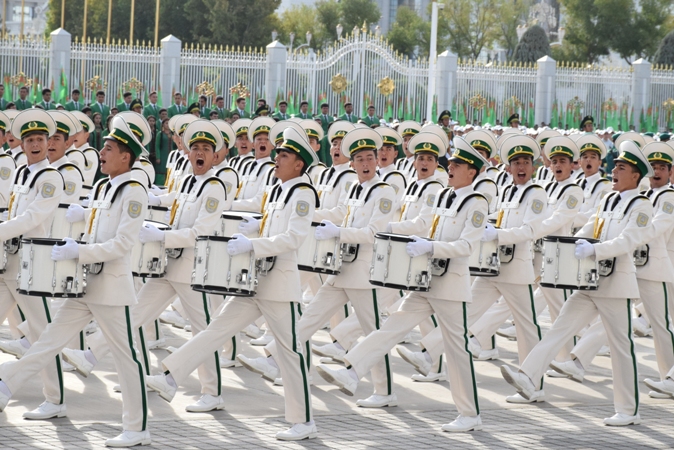 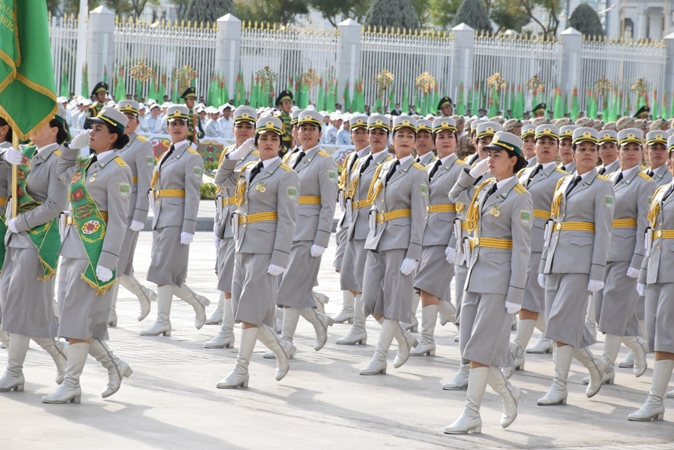 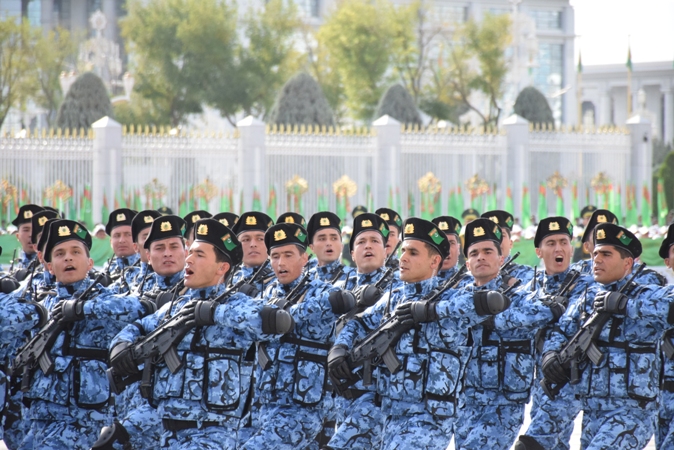 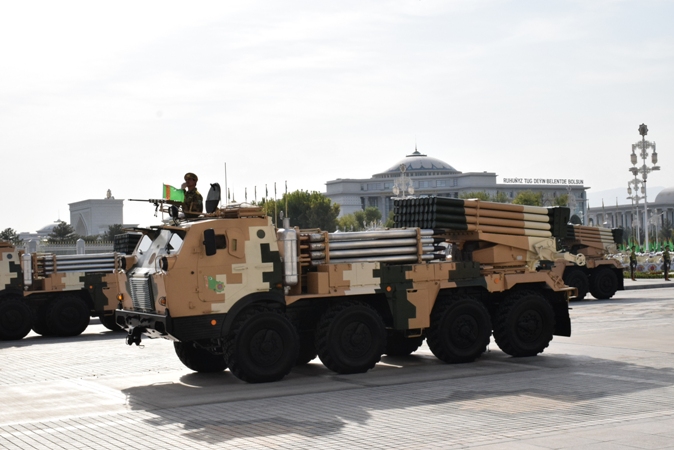 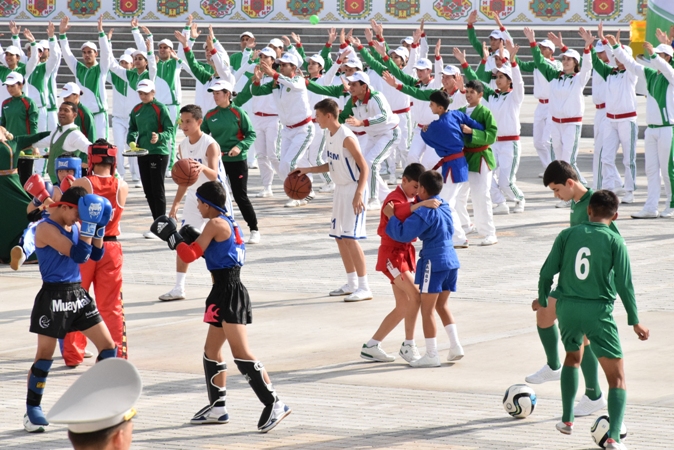 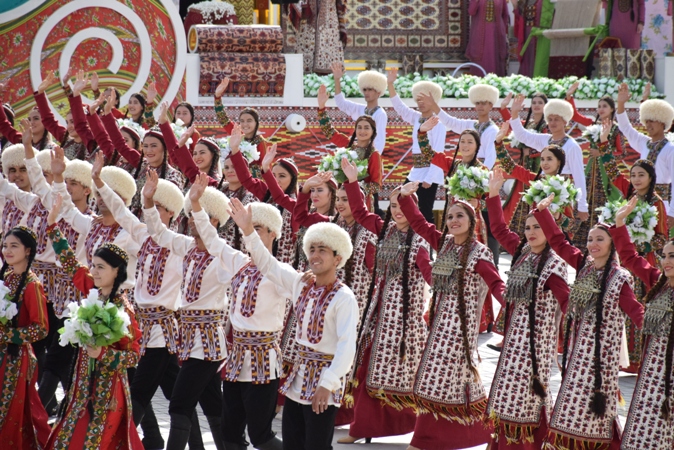 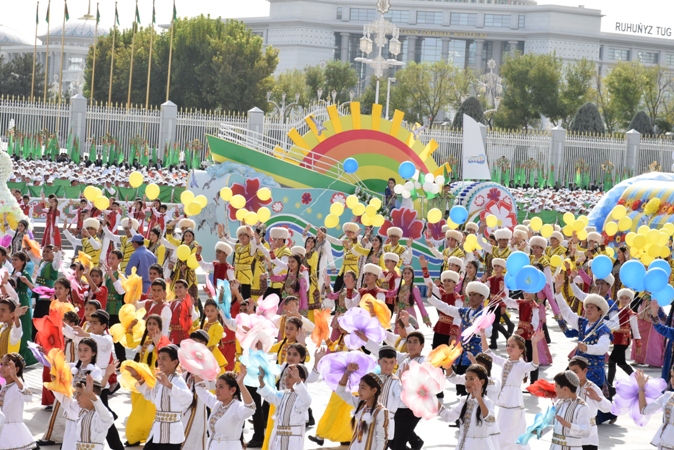 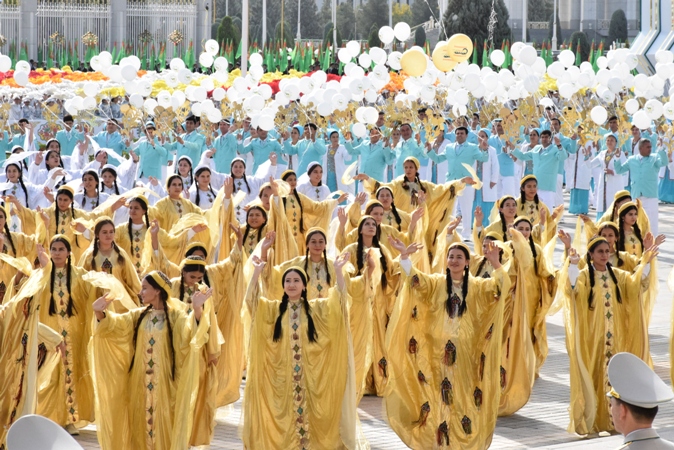 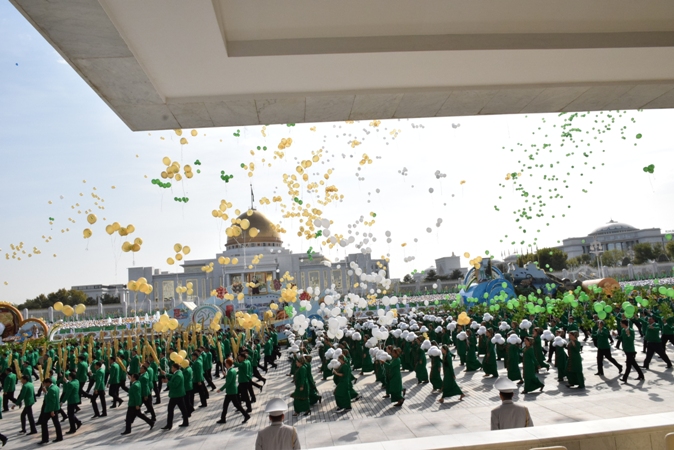